Martin Shkreli Is Headed For a Major Showdown With Congress 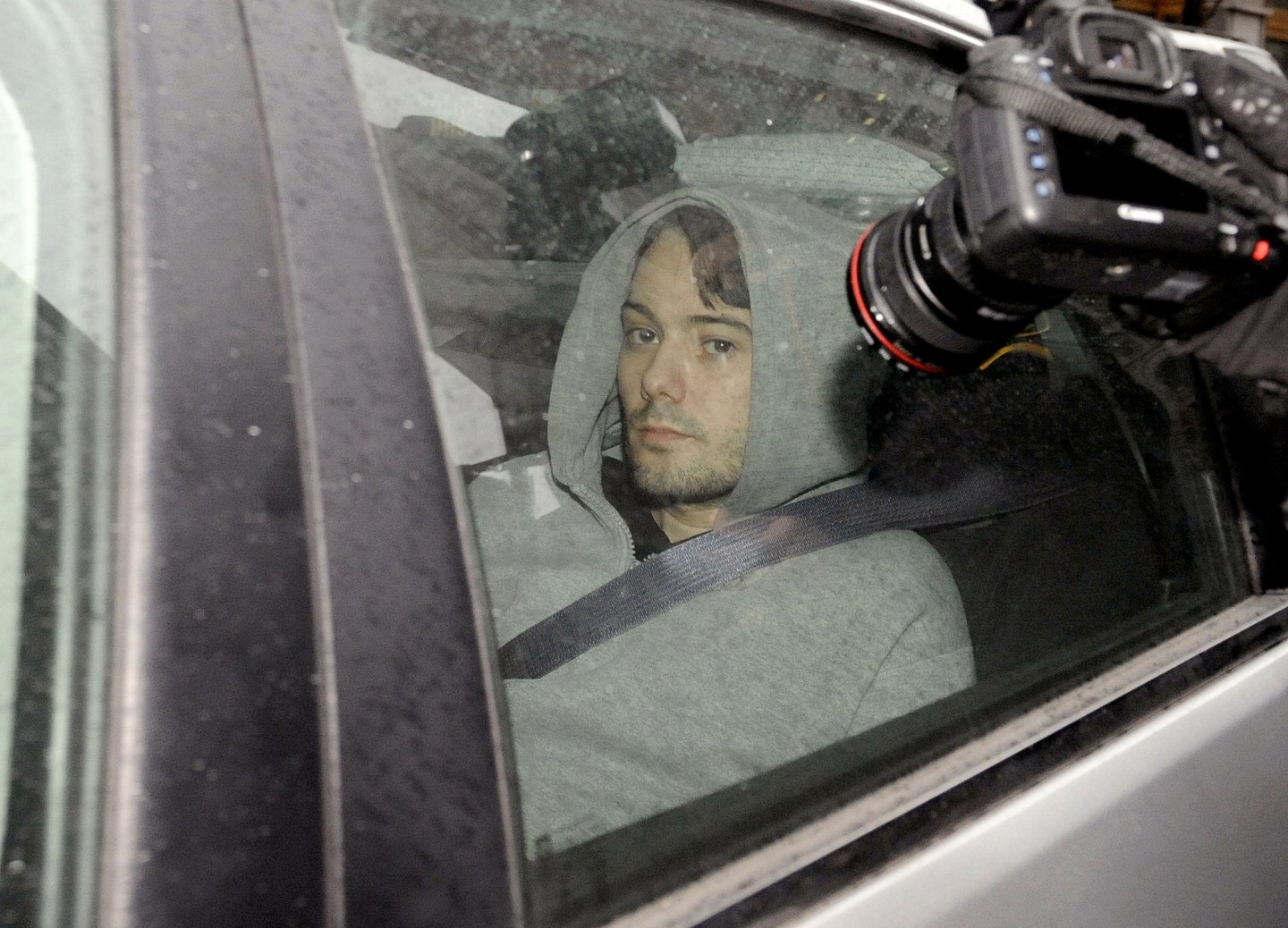 Former pharmaceutical executive Martin Shkreli was on a collision course with Congress on Thursday as lawmakers warned he could be prosecuted for contempt if he does not appear next week for a hearing about drug prices.

A lawyer for Shkreli informed the U.S. House Committee on Oversight and Government Reform of his intent not to answer questions and asked that he be excused from appearing, committee chairman Jason Chaffetz wrote in the letter dated Wednesday.

The plan to remain silent contrasts with Shkreli’s prolific use of social media, where he has been outspoken on Twitter and livestream video even after his indictment last month on criminal charges of securities fraud.

The Oversight Committee subpoenaed Shkreli to appear on Tuesday to discuss his decision as chief executive of Turing Pharmaceuticals to raise the price of a life-saving medicine, Daraprim, by more than 5,000%.

Shkreli, 32, has said he would invoke his Fifth Amendment right against self-incrimination. On Twitter, he told followers it was “disgusting and insulting” for lawmakers to try to subvert that right.

The Fifth Amendment of the U.S. Constitution says that no person shall be compelled in any criminal case “to be a witness against himself.”

The dispute appeared likely to end in one of two ways: with Shkreli appearing in Washington on Tuesday to invoke that right, or with Shkreli staying home in New York, prompting the committee to vote to hold him in contempt and setting off a potential criminal prosecution.

Shkreli resigned as chief executive officer of Turing last month after his arrest on the fraud charges. Turing had acquired Daraprim, a 62-year-old drug, and caused a public furor when it drastically increased the price.

Fights over congressional testimony are common, especially when potential witnesses are facing criminal prosecution and their testimony could later be used against them.

Some well-known witnesses, such as former IRS official Lois Lerner and former Enron chief financial officer Andrew Fastow, refused to answer questions from Congress but were required to appear in person in front of lawmakers and cameras before invoking that right.

It was unclear on Thursday whether Shkreli would make the trip to do the same. His release on bond restricts him to certain parts of New York state, and he is required to ask a judge for a waiver to travel.

One of Shkreli’s lawyers has informed the Oversight Committee that Shkreli has taken no steps to seek a travel waiver, said Rep. Elijah Cummings of Maryland, the committee’s top Democrat.

“If he plans on trying to use his own intentional inaction as some kind of bogus excuse for not showing up at Tuesday’s hearing, people will see right through such a juvenile tactic,” Cummings said in a statement on Thursday.

Jason Chaffetz, a Utah Republican representative, warned in his letter to Shkreli defense attorney Baruch Weiss that Shkreli could face criminal prosecution for contempt if he fails to appear.

The threat of prosecution is more than theoretical. In 1952, mobster Frank Costello was convicted of contempt of Congress for failing to appear as a witness when he said he had laryngitis.

Chaffetz in his letter held out the possibility of a compromise, writing that the committee may agree to hear testimony in a non-public session or to immunize the testimony so that it could not be used in the criminal prosecution. Immunizing the testimony, though, would require the support of two-thirds of the committee.

Complicating the dispute is Shkreli’s decision this week to seek new lawyers, replacing a team from the law firm Arnold & Porter with others still to be named.

The criminal charges against Shkreli stem from his prior management of hedge fund MSMB Capital Management and biopharmaceutical company Retrophin Inc.

Prosecutors said Shkreli engaged in a Ponzi-like scheme, defrauding hedge fund investors and then misappropriating $11 million in assets from Retrophin to repay them.

Shkreli, who was also until recently chief executive of KaloBios Pharmaceuticals Inc KBIOQ.PK has pleaded not guilty, and on Twitter has called the allegations “baseless and without merit.”