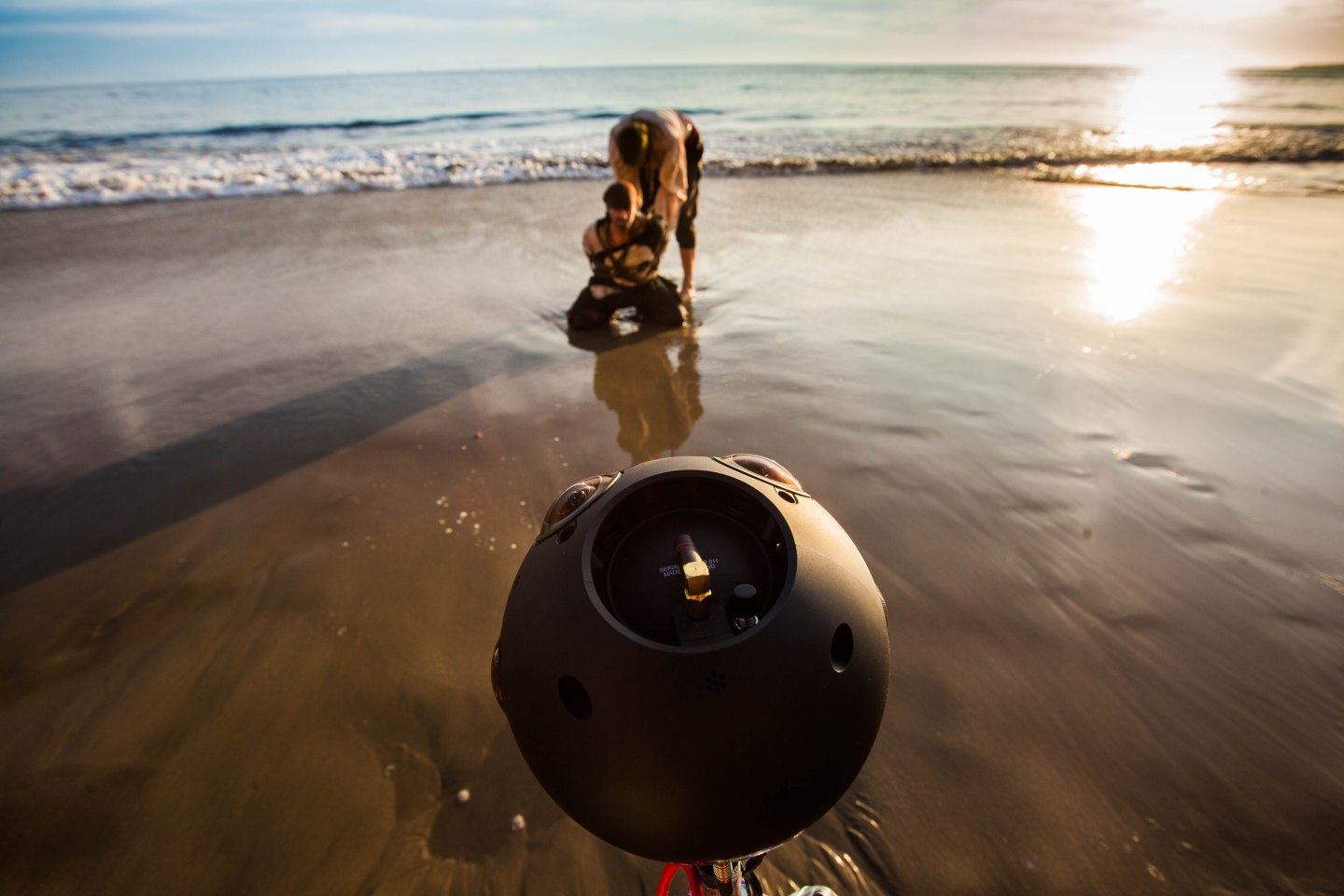 Nokia (NOK) is one of the companies targeting the Hollywood executives, filmmakers, and actors who make the short flight to Utah. Nokia Technologies is hosting a party at the New Frontier VR Bar on Jan. 24 to showcase the capabilities of its new $60,000 Ozo 360-degree camera, which had its official Hollywood launch party on Nov. 30. The cameras, which are available for preorder, will begin shipping in Q1.

Ramzi Haidamus, president of Nokia Technologies, says Sundance is renowned for highlighting new and creative initiatives in storytelling through film.

For more on the film industry: R-rated horror movies are tanking at the box office

“Film has always had the power to entertain and transport people, and we think virtual reality will bring storytelling to the next level—enabling deeper empathy, and giving filmmakers more influence than ever,” Haidamus says. “We’ve really only just begun to explore the impact that OZO and virtual reality will have on the film industry, so it’s natural to seek partners who defy limitations and push the boundaries of filmmaking to help bring Ozo to life.”

Haidamus and his team are demonstrating features of the camera to a wide range of filmmakers and artists. He says Ozo is the only camera that lets the director live monitor in full 3D 360 virtual reality during production, and with fully integrated spatial audio capture.

They’re also showcasing virtual reality content filmed with Ozo, including the debut of a pirate narrative experience called Mutiny, a NASA astronaut training clip filmed at the Johnson Space Center in Houston, and a clip from the live 360 concert Nov. 30 in Los Angeles at the Ozo launch featuring the band Best Coast performing at Capitol Records.

“The Sundance New Frontier program sits right at the connection point between independent artists who want to experiment, and the cutting-edge technologies of filmmaking,” Haidamus says. “As these creators push the boundaries of traditional storytelling, Ozo is able to support their creative visions and immerse audiences in narrative worlds—elevating productions, increasing engagement with viewers, and defining the future of film and this new medium.”

Digi-Capital managing director Tim Merel says that while the 360-degree video market is in its early stage today, virtual reality video could grow to the $5 billion to $10 billion revenue range by 2020.

Nokia worked with 20th Century Fox to develop the Ozo camera and that studio is already filming with it, although details on those projects have yet to be announced. Fox is separately showcasing The Martian Virtual Reality Experience at Sundance this week.

“They’re also the right length to give audiences as sense of the possibilities for VR, to encourage more excitement as adoption, particularly as the first headsets start to ship,” Haidamus says. “With long-form, especially in the near term, adding live broadcast capabilities dramatically increases the impact and draw for people. For example, the ability to experience an entire concert from your living room, and feel like you’re on stage surrounded by the band, is truly incredible. Or watch a playoff game and switch between traditional 2D broadcast and be on the sidelines whenever you want.”

Nokia does face competition from companies such as Bubl, Jaunt (a Nokia partner), GoPro, Lucid, Matterport, Otoy and Lytro in the professional virtual reality camera market. Jaunt is also hosting filmmakers at Sundance.

And there are other companies focusing on livestreaming virtual reality content, including IM360, NextVR, and Reality Lab.