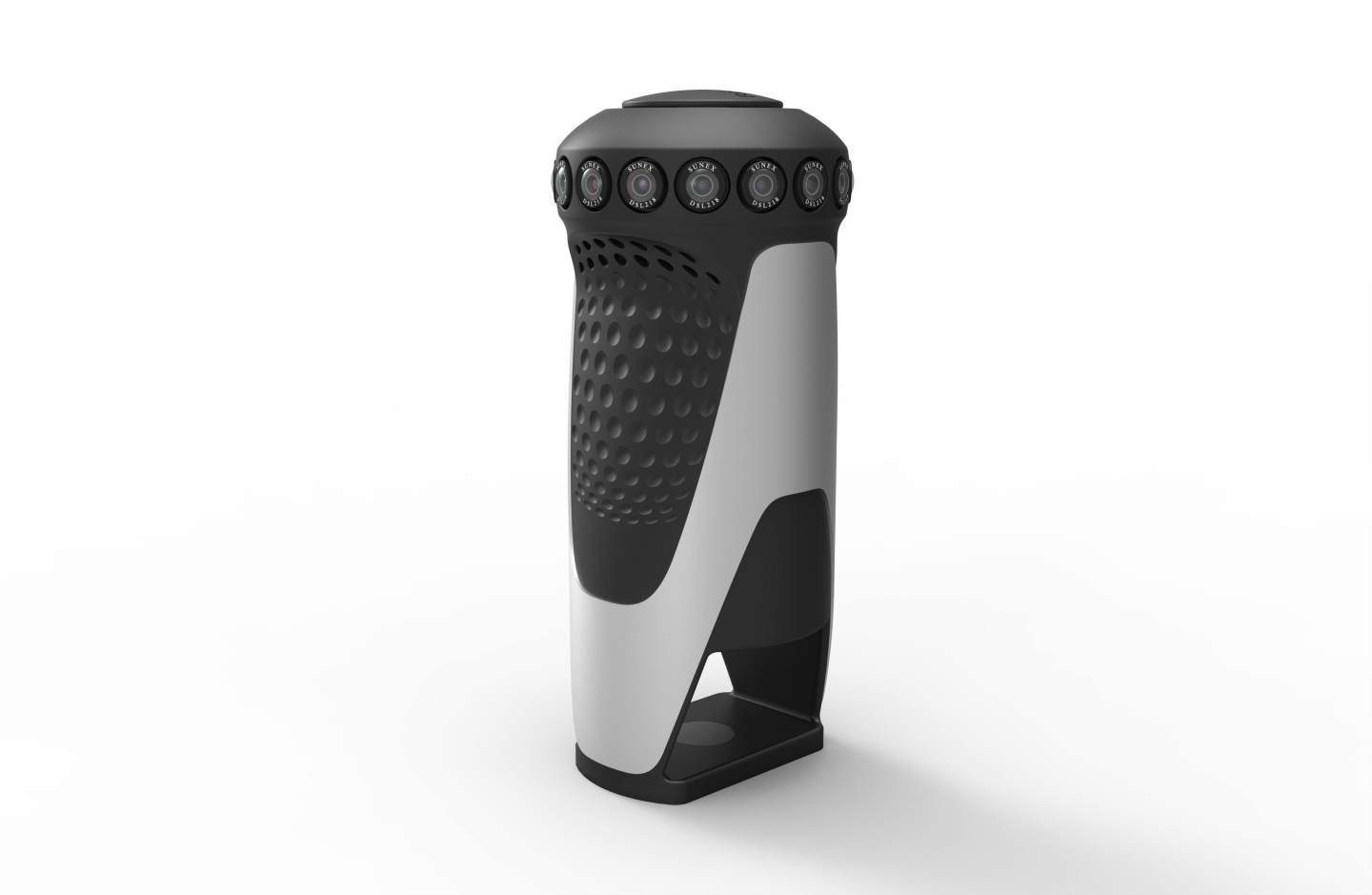 CNET founder Halsey Minor has spent the last year building out all of the technological infrastructure to launch a virtual reality livestreaming service that he believes will one day give television a run for its money.

“Virtual reality won’t be a wholesale replacement of TV, but a massive new industry directly adjacent to the old one,” Reality Lab founder Minor says. “Virtual reality growth will come from entertainment.”

But when Minor looked around at the virtual reality ecosystem last year, he didn’t see the infrastructure required to launch the livestreamed content he envisioned. So he decided to create everything from scratch.

Each Quantum Leap camera features 16 individual HD cameras that produce two 360-degree stereoscopic images (one for each eye) for each viewer. Minor says the views are perfectly stitched together in real time, revealing none of the “seams” typically found in VR video content, despite running at 25 frames per second. Since the cameras support higher resolutions than any current VR headset, the technology is already built for the future.

In addition, the system supports Hyper VR, which allows three-dimensional objects and animations to be inserted into any 360-degree livestream.

Minor has talked to boxing promoters who like the idea of having a sponsor featured in a digital ad that hangs over the boxing ring in virtual reality. An Imagine Dragons concert could feature cameras from multiple points of view like the mosh pit, on-stage, and backstage, and computer-generated dragons could be flying around in virtual reality.

“We’re going to figure out what is the best experience VR can bring to a concert or a sports event,” Minor says.

But Minor isn’t selling this technology. Instead, he’s using it to create his own virtual reality network of channels, which will focus on individual sports and types of music at first. The company’s first partnerships will be announced in the coming months with content timed to launch in Q2.

“Today we’re building an end-to-end custom solution—cameras, software, streaming infrastructure, heads-up display—and it works with all of the major VR platforms,” Minor says. “We see ourselves closer to Pixar—building the best technology, but knowing that’s not enough unless we attach the best content. I don’t want to be a GoPro competitor, and I don’t think there’s a market there right now. We want to control the technology from the point of origination until the point of termination, so we can confirm the experience is a great one.”

Minor believe the future of virtual reality is untethered, which is why he debuted his technology on a mobile device. He sees 360-degree livestreamed content like Wimbledon tennis matches, a music concert, or a pay-per-view fight shifting the balance away from television and DirecTV and toward wireless carriers.

“We’ll see content shift from TV to the phone as the primary receiver,” Minor says. “A lot of money will be involved, and there will be a redistribution of the revenue.”

Minor says the key to livestreaming 360-degree video is to get the best content—the Super Bowl, the presidential debates, big concerts, and soccer matches—and develop it in a different format. The Quantum Leap camera system will allow viewers to choose from multiple perspectives on the fly during event coverage.

“For me, this is a chance to get back into the content industry, and the second phase of the Internet,” Minor says. “I believe VR is going to be more a displacement for TV than the Internet was for the print media and publishing business.”