Virtual Reality is Ready For Its Close-Up 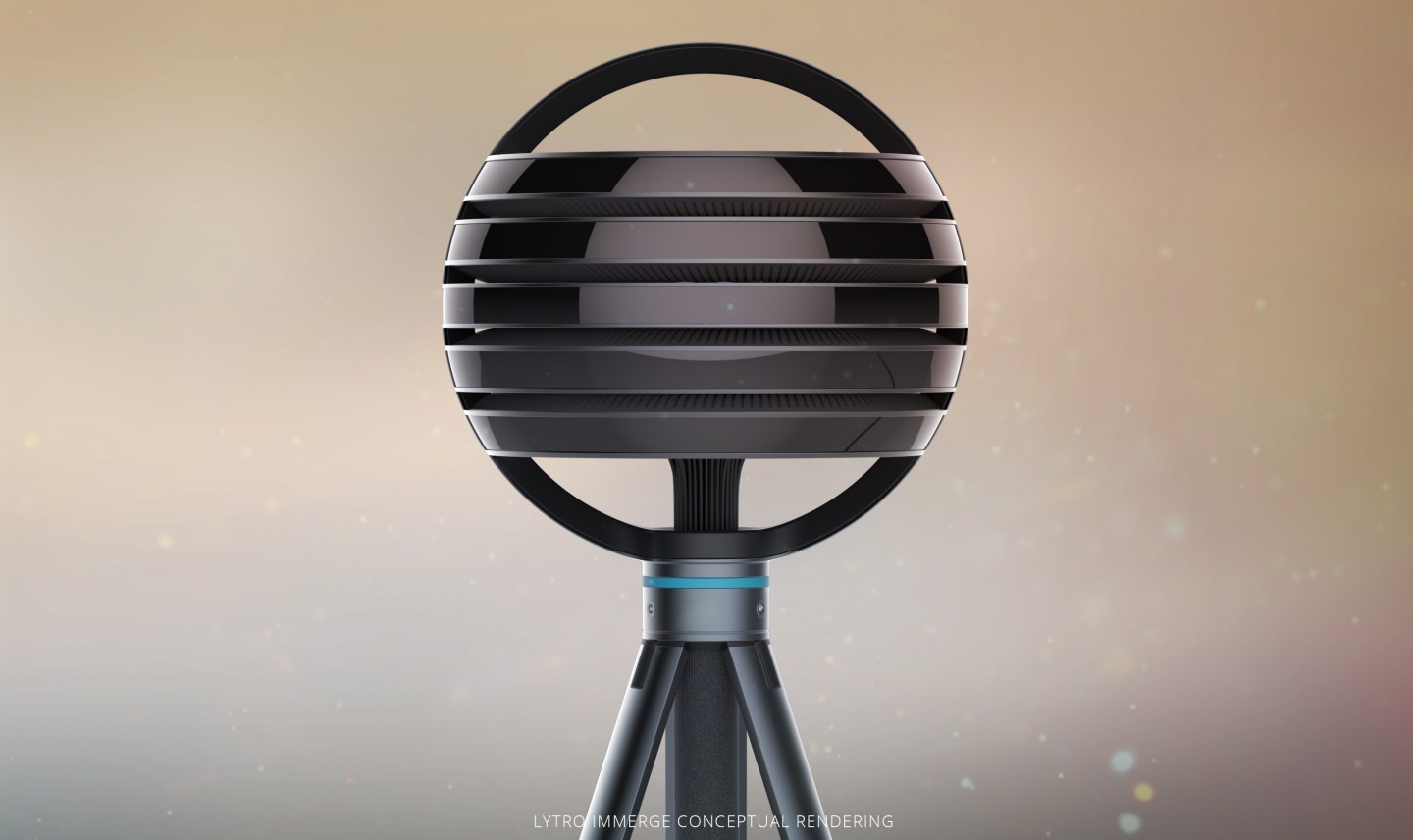 Lytro isn’t the best-known name in the camera world. But the company, recognized as trailblazer, is looking to establish an early footprint in the emerging field of virtual reality filmmaking – and win over Hollywood in the process.

The company on Thursday unveiled the Lytro Immerge, a virtual reality camera and film making system that it says dramatically improves cinematic VR offerings and could shorten the post production process. And if virtual reality films become a draw for headset-wearing moviewatchers, Lytro could better position against Hollywood camera and lens powerhouses like Panavision.

To understand the Immerge, it helps first to know what light field imaging is. Put simply, light field captures and displays photons in ways that lets viewers focus where they want to. It’s a technology that has the potential to significantly reduce the cost of film shoots. Rather than requiring multiple camera assistants to do different focus pulls – a camera technique where the focus changes during a shot – light field cameras capture everything, all at once, and the image can then be manipulated to change the focus. And from a VR standpoint, since light-field video reproduces every ray of light within a scene, audiences can explore those scenes.

“Traditional cinematic production and virtual reality are quickly becoming two sides of the same coin,” says Jason Rosenthal, CEO of Lytro. “In the early days of the web and mobile, studios experimented with those to market their tentpole films. They’re starting to do that now with VR around their major releases.”

Rosenthal says footage shot on Immerge systems will be compatible with the major VR headsets from Oculus (including the Rift and Gear VR), Sony and HTC.

Unlike its first generation still camera, which was aimed at entry-level consumers, and last year’s Illium, which was for more advanced users, the Immerge will be targeted to professional customers when it becomes available early next year. Beyond the camera, the system includes an optional server (for storage and processing of the footage), editing tools, and a playback system. Pricing isn’t finalized, but the complete system is expected to cost hundreds of thousands of dollars.

Rosenthal insists that shouldn’t be a problem, though, as filmmakers— especially independent filmmakers (who, at present, are more VR focused than studios)—have increasingly been renting equipment rather than buying it. He didn’t say how much renting the new system would cost.

Lytro came onto the scene in 2011, introducing the world to a “shoot first, focus later” style of camera. The devices let users manipulate the focus on the foreground to something in the background with just a click. While the technology was revolutionary, the cameras failed to unseat traditional models (which, themselves, have been hit hard by smartphones). This is the company’s first move into the cinematic space, though Hollywood insiders have expected the move to occur for some time.

Currently, VR movies are shot with cameras that use multiple lenses focusing in different directions. In post-production, the angled footage is stitched together, which can be laborious (and, if not done well, can warp parts of the image). Light field technology, says Rosenthal, lets filmmakers bypass that—and will let them easily blend in computer graphics with the real world footage.

“Everybody is talking about light fields and nobody fully understands the potential yet. Light field technology is probably going to be at the core of most narrative VR,” Aaron Koblin, co­founder and chief technology officer of Vrse, a VR-focused film company, said in a statement. “At Vrse, we’re just waiting for the moment when we have the tools. I think both the capture and playback of Light Fields will be the future of cinematic virtual reality.”

Most VR films today are shorts—lasting five to seven minutes. Shooting takes one or two weeks, generally, followed by four to six weeks of post production. Initially, Rosenthal says, that likely won’t change much, as filmmakers become familiar with Immerge and explore the creative avenues it opens up. Eventually, however, he says it should be a time saver.

And since VR is still an emerging technology, Lytro is eager to be a first mover in the field and help establish some of the new rules of filmmaking. It also hopes to get a leg up on its competition, which includes not only traditional film and camera companies, but those in the light-field imaging space such as Otoy and possibly nVidia (NVDA), which has been researching the field.

“Long-term,” says Rosenthal, “we believe that what we’re working on now and will be announcing in the future is the future of video.”

For more about virtual reality, watch this Fortune video: