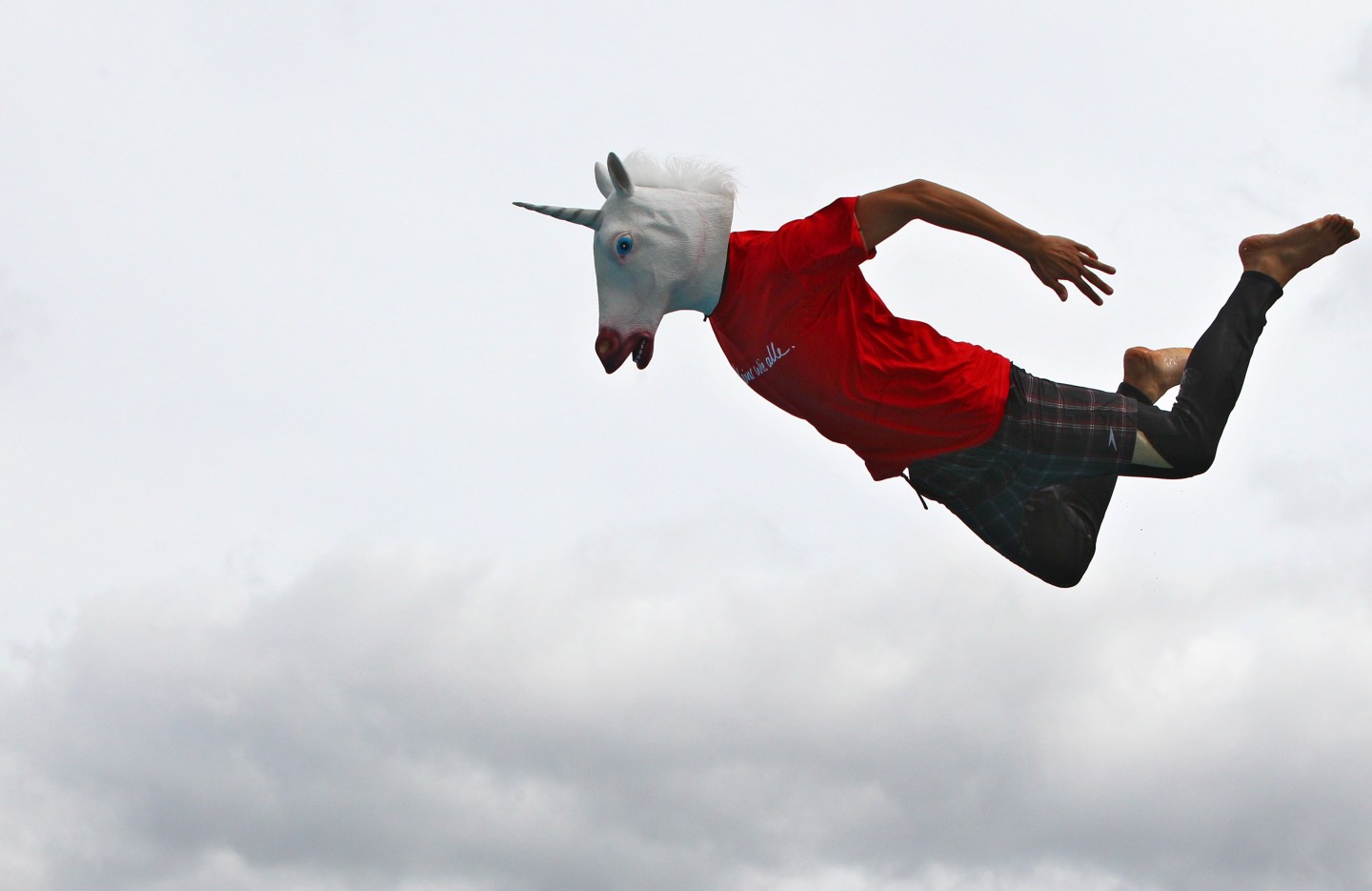 Here are the big shifts I noticed covering startups this year.

1.) App launches are no longer exciting.

App fatigue is real. The savviest smartphone users have been downloading and deleting apps for eight years now. They know what they like (Facebook! YouTube! WhatsApp! Instagram!) and what they need (Google Maps! Gmail! Uber! Skype!). They’re not going to waste time downloading and signing up for an app they’ll later delete. To wit: The average number of apps most Americans download in any given month is zero. Sure, another unique startup could break through the noise—Snapchat did it in 2012—but it certainly seems difficult. The exception is gaming apps, which pay through the nose to advertise their way to adoption, then fall off the app charts when they stop advertising.

This wasn’t always the case. Launches used to be frenzied press events, where the tech world would ogle over the latest new toy and offer countless takes on whether it’ll work and why. But it’s become so cheap to build and launch an app that 1,000 new apps are added to the Apple (AAPL) App Store every day. Most of the launches you read about on TechCrunch or app review sites never break out.

After covering startups for a few years, a scroll through my App Store purchases is like a walk through a startup graveyard. Even Facebook (FB) killed its experimental labs group, pulling several of the apps it launched from the app stores. For a startup with dreams of launching the next Tinder, or Kik, or Vine, it’s better to build a base of users organically before building hype that goes nowhere.

2.) All that crazy explosive insane startup growth was too good to be true.

Maybe not all of it. But a lot of it. In late 2015, the world started taking a closer, more critical look at the startups we idolize. Are they really creating jobs? Are these jobs we even want? Are startups the underdogs or the bullies? Is their revenue real? Are their products real?

Under the harsh light of reality, many startups were forced to come back to earth. There were reports of missed targets at Zenefits, share markdowns at Snapchat, a cash crunch at Jet, an executive exodus at Rent the Runway. Dropbox faces doubts about its revenue potential. Theranos is losing business deals. And don’t forget WeWork’s highly risky real estate deals, and unrealized revenue projections at Lyft. Flipboard failed to find a buyer. Square priced its IPO underwater. Zirtual and Homejoy abruptly shut down.

The critical reporting is necessary: Private startups became richer and more powerful than ever in 2015. They rode a wave of hype driven by a lack of information. If they won’t verify any financial information, we’re stuck with what they tell us or what we learn secondhand. It’s only fair that their claims should be scrutinized with a critical, fair lens.

WATCH: Meet the companies who broke the rules in 2015

3.) The startup world got defensive.

To no one’s surprise, investors and founders have not welcomed the increased scrutiny. Venture investors spoke up, sometimes offering knee-jerk defenses of startups without even knowing the full extent of the criticisms being lobbed against them. Fearful of transparency, startup founders have contemplated excluding mutual funds from their fundraising to avoid any shifts in valuation being made public.

The U.S. continues to worship at the altar of entrepreneurship, regardless of the increased scrutiny. Small cities see a thriving tech ecosystem as the savior of their economy and are offering all manner of incentives to attract startups. College grads see startups as a path to wealth (for that you better be a founder, not an early employee), or they see it as the way to make their mark on the world. The country’s top business schools are scrambling to create entrepreneurship programs to attract startup-minded students. Shark Tank continues to rank among the most-watched shows on TV, an impressive feat for a show about business. Hero worship of tech’s most successful entrepreneur-CEOs remains strong. (Check out the search results for “most famous CEOs” below — the first four are successful tech startup founders, and Warren Buffett is the only non-techie.) For better or worse, tech startups are still cool.

5.) Wall Street and Silicon Valley are breaking up.

They had a good run. Read more on this trend in my column here.

6.) The hacking scares haven’t changed much.

Maybe you updated your Android phone when you read about the Stagefright bug. Perhaps your CEO tweaked the way your company operates in the wake of the 2014 Sony Pictures hack. Hacking scandals mounted faster than ever in 2015, but aside from Ashley Madison, most of them haven’t made much of an impact this year.

Apple, Google (GOOG), Amazon (AMZN), and Facebook are now so deeply entrenched in our lives that it would be nearly impossible to extract ourselves from their services. We might not like the idea that Facebook owns control of our faces or Google data-mines student and school emails for potential ad targeting. But what are we going to do about it? Not use Gmail? Delete Google Maps and go back to atlases? Not share that cute photo of our kids on Facebook? Shop at (gasp) a shopping mall? Carry a flip-phone? We can’t cherry-pick which parts of a tech company’s Terms of Service we like and don’t like. So we’re stuck with this trade-off.

Despite the collective shrug Americans gave to controlling their privacy, there is still a deep suspicion among the users of these services. You’d think, after a decade of hoaxes claiming that Facebook is going to do all sorts of awful things with users’ photos and data, that users would learn to ignore them. But the hoaxes have only become more common. (This is an Internet-wide epidemic. The Washington Post even shut down its two-year-old column for debunking hoaxes because “it’s starting to feel a little pointless” when “the people who fall for hoax news stories are frequently only interested in consuming information that conforms with their views.”) There was another Facebook privacy hoax in September.

In 2012, I argued that the prevalence of privacy hoaxes on Facebook show that users will always have a nagging insecurity about what they share on Facebook. I thought it would be a big problem for the social network, since it needs to maintain trust to keep its users happy. I was wrong. Facebook is so prevalent in our lives that it’s basically a utility. It doesn’t matter if we like or trust the company, because we’re going to use it anyway.