Oracle eyes new competition as it pushes into the cloud 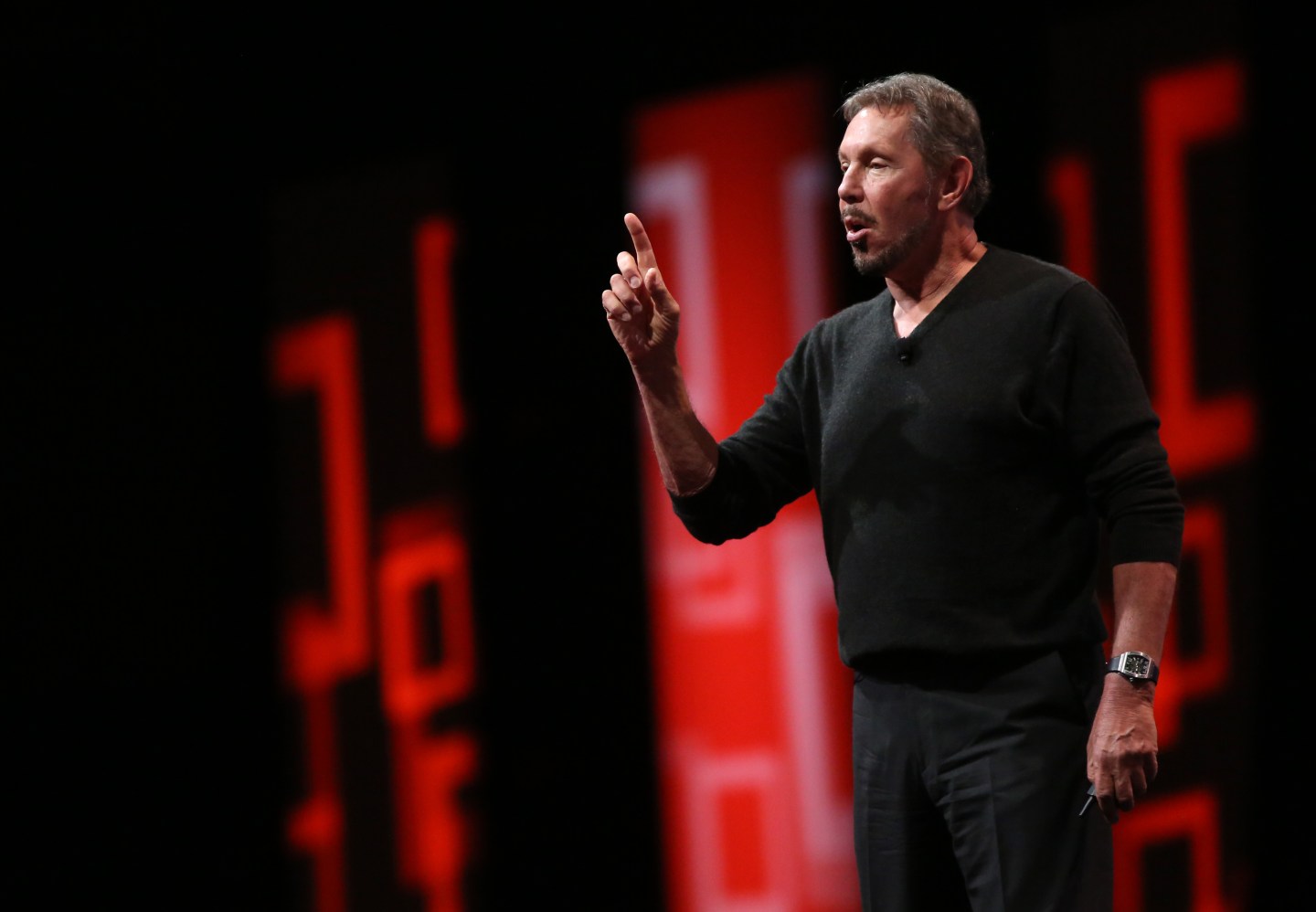 Indeed, the times they are a-changing for Oracle, a business software giant that once only had a handful of rivals — most of them big old guard tech companies. But today, new challengers and quickly evolving technology means that Oracle has had to scramble to keep from becoming obsolete.

“It is quite extraordinary, the world has fundamentally changed,” Ellison said at a press event at Oracle’s headquarters in Redwood City, Calif.

Oracle is trying to stay relevant in a world that has quickly moved from software downloaded onto mainframe computers — it’s bread and butter business — to the cloud. Instead of operating the necessary infrastructure in-house, business customers are increasingly handing off the job to another company and merely connecting to their data via the Internet.

To show that Oracle gets it, Ellison, now the company’s executive chairman and chief technology officer, gave an update on Oracle’s big push into the world of cloud computing by unveiling over 24 new products that he feels distinguishes the company from cloud-based rivals like Google and Microsoft (MSFT).

Oracle has been busy trying to make a name for itself in the world of cloud computing by hiring legions of cloud engineers in the past few months. Its desire to become a big cloud player coincides with a steady decline in its sale of new customer software licenses, a key metric for the company.

With the intense focus on the cloud, Ellison tried to make the case that Oracle has an entirely new list of competitors. The way he explained it, Oracle is no longer dueling with old-line giants SAP and IBM (IBM) in selling software and hardware.

“We basically never see any [of these] companies in the cloud, ever,” Ellison insisted.

Oracle now sees its primary competition as Salesforce (CRM) and Workday, which sell cloud services for sales teams and human resources. As Fortune’s Barb Darrow reported, Oracle is threatened by Salesforce’s enterprise software, and part of the reason Oracle is building a cloud infrastructure is to counter the challenge.

While Oracle competes with Salesforce and Workday in selling software services, Ellison said Oracle (ORCL) is also fighting with Amazon and Microsoft, which sell access to data center services like networking and storage.

“They are not a bookstore only anymore,” Ellison joked, referring to Amazon becoming a major cloud provider.

Oracle has a handful of new services including new e-commerce software, human resource applications, and support for the open-source data technologies Hadoop and Spark, among others. With all of this, Ellison claimed that the company now has more to offer customers than Amazon, which he said only sells storage, computing, and networking services.

In fact, Ellison neglected to mention the wave of software services Amazon has introduced over the past few years including database offerings and IT services. But he did say that Oracle will be selling a type of storage service tailored for archiving data at a much lower price than Amazon. The new services are now all available, Oracle representatives said.

The general theme around the event was that Oracle’s cloud is now “complete,” with all that is necessary for creating and managing business software. But it’s unclear whether that’s enough.

Cloud providers like Amazon and Google (GOOG) have been busy building out their businesses for years. You have to wonder just how well this “complete” version of the Oracle cloud will be able to compete given how long it has taken to create.

For more on Oracle, check out the following Fortune video: