Here’s what I learned from drinking carbonated vodka 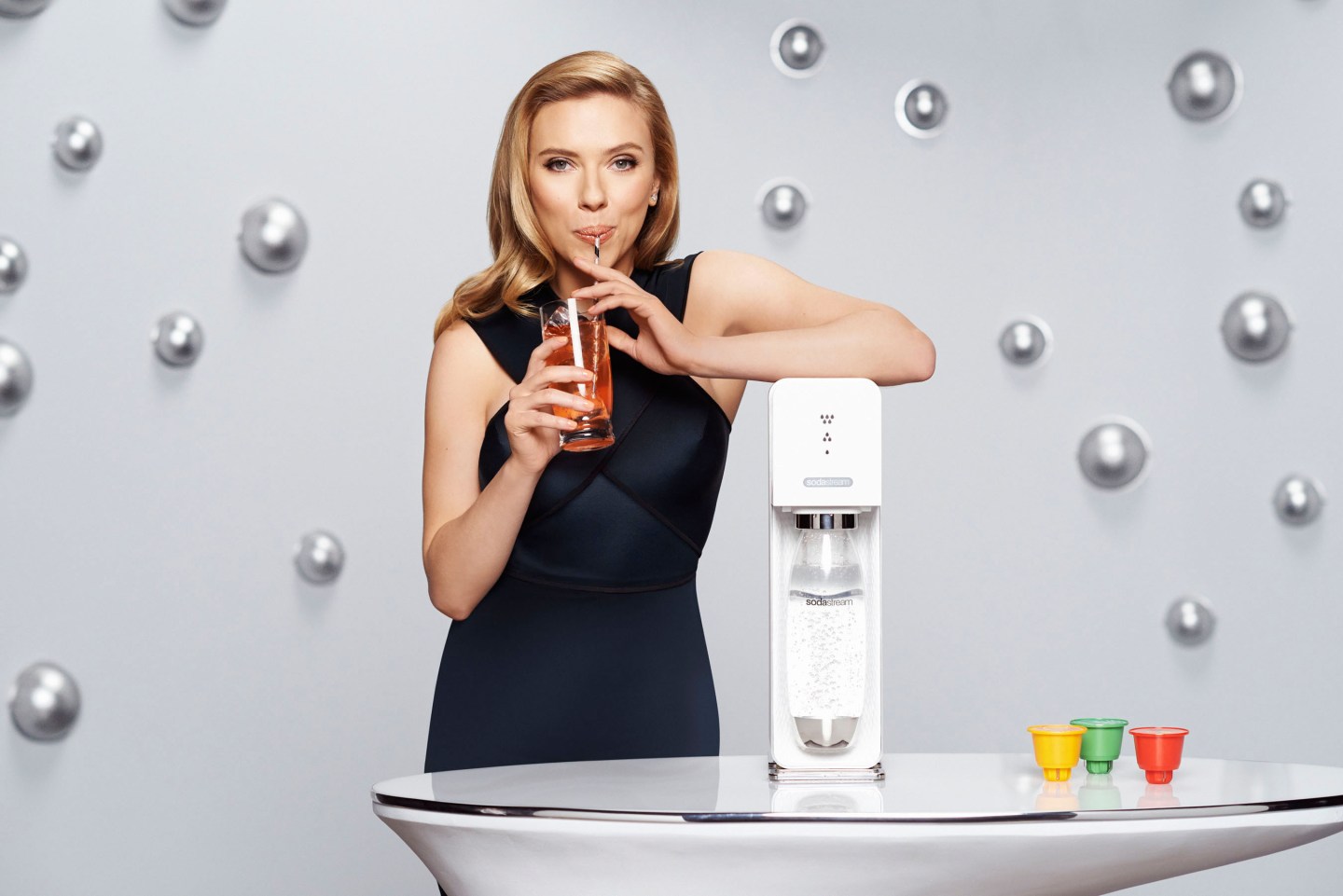 I didn’t know what to expect in asking for a vodka infused with bubbles. Vodka, as any drinker knows, goes down like fire and is followed by a bitter aftertaste that I imagine is akin to rubbing alcohol.

A bartender commissioned by SodaStream, a company working on a high-tech machine that pumps carbonation into drinks, pressed a few buttons on the device’s touchscreen that set off a gentle hum. After a short wait, presto: a metal cup filled with bubbly vodka that looked a lot like champagne minus the yellow hue.

Apprehensively, I put a glass to my lips and gently sipped the odd concoction and prepared to want to spit it out. Surprisingly, the vodka slipped gently down my throat without causing me to gag — even after swirling it around my mouth. The drink was almost refreshing. The usual bitter aftertaste was almost imperceptible.

“For me, it is like an alchemist’s ingredient,” Yves Behar, a well-known designer who helped to create the machine, said about carbonation in drinks.

SodaStream is betting that it can create a big demand for its machine, the SodaStream Mix, which carbonates cocktails and cuts down on the time it takes to make mixed drinks. The company’s new kitchen appliance, expected to go on sale early next year, can pump any liquid, fruit juice, and liquor full of carbon dioxide to make it fizzy.

The Mix is the latest appliance from SodaStream, an Israeli company that has previously created machines for carbonating only water.

SodaStream (SODA), which has a convoluted history stretching back more than century, has had a shaky past couple of months on Wall Street because of shrinking sales. It’s banking on the upcoming machine restoring some of its lost momentum and bringing drink appliances into the mainstream.

The market for alcohol is huge, with recent reports indicating that U.S. sales of distilled spirits has reached almost $70 billion. The company is clearly hoping it seize part of that market, and it’s doing it the only way it knows how: by making beverages bubbly.

But SodaStream faces stiff competition from Keurig, a maker of similar kitchen beverage machines. Like SodaStream, Keurig (GMCR) is also facing turbulence lately because of lackluster sales. Furthermore, investors voiced skepticism about the $300 price for its upcoming at-home cold-drink maker. Would average households really pay that much for what is essentially a luxury?

Last month, I got a chance to see the Mix —crafted out of steel and aluminum— long before its public debut. The machine itself looks like an aerodynamic coffee maker that is solid enough to survive a fall from the kitchen counter. I was able to sample a variety of carbonated concoctions it produced. It turns out that converting a regular drink into a soda does more than simply add some pep.

The Mix was created with Behar’s Fuseproject design firm, which is known for helping design the fitness tracking wristbands sold by the gadget maker Jawbone and the August Smart Lock, a door lock that can be controlled from a smartphone. Behar is also the chief creative officer at Jawbone.

I tried some carbonated fresh-squeezed orange juice that was not only fizzy, but its flavor slightly altered. It was sweeter than typical orange juice because the added carbonation cut down on the citric acid, which normally adds a little bite.

A carbonated Campari — a popular drink in Italy— blended with pomegranate and ruby grapefruit was as sugary as expected. But it didn’t leave a viscous coating in my mouth like other typical cocktails. The added carbonation removed the syrupy texture that comes with many mixed drinks. If you always wanted to make your own batch of homemade wine coolers, this is the device for you.

The Mix comes stocked with 100 cocktail recipes that users can access on the device’s touch screen. But because the machine can only add carbonation, home bartenders must mix their creations — a tequila sunrise or mint julep, for example — by hand ahead of time.

As for the vodka and water that I sampled, I probably won’t be craving another one anytime soon. But I imagine the market for a smoother vodka might be big for college kids let loose on spring break.

Overall, I was curious about seeing how different an alcoholic drink could be when converted to a soda. In the end, they weren’t necessarily better or worse than their flat counterparts—they were just different. But if you were looking to preserve the subtle qualities of your $85 dollar Cheval des Andes 2010 Mendoza, I’d probably not recommend you to pump it up with bubbles that could ruin its taste and body.

Yaron Kopel, SodaStream’s chief product innovation and design officer, declined to reveal the price for Mix. But he did indicate it would be more expensive than the $179 someone might spend on the company’s Revolution Sparkling Water Maker model.

“This is the most advanced machine we ever put out,” Kopel said, which tells you that this new device could set you back at least a couple hundred dollars.

That prior machine, as many intrepid online cocktail enthusiasts have found out, is a bad idea. Simply hooking up a canister filled with wine to it can lead to explosive results because the company’s older devices are not calibrated to handle alcohol.

Past SodaStream customers will essentially have to double up and buy a new device on top of the model they already own. Otherwise they are out of luck if they want to carbonate their booze.

Still, Beher said that the bartenders he has talked with have been using the same tools like mixing cups and shakers for years and are looking for a new one to add to their arsenal.

“People see this as the next frontier in their trade,” said Behar. “It is just bubbles, but bubbles do different things to liquids.”