Best wines to drink this winter 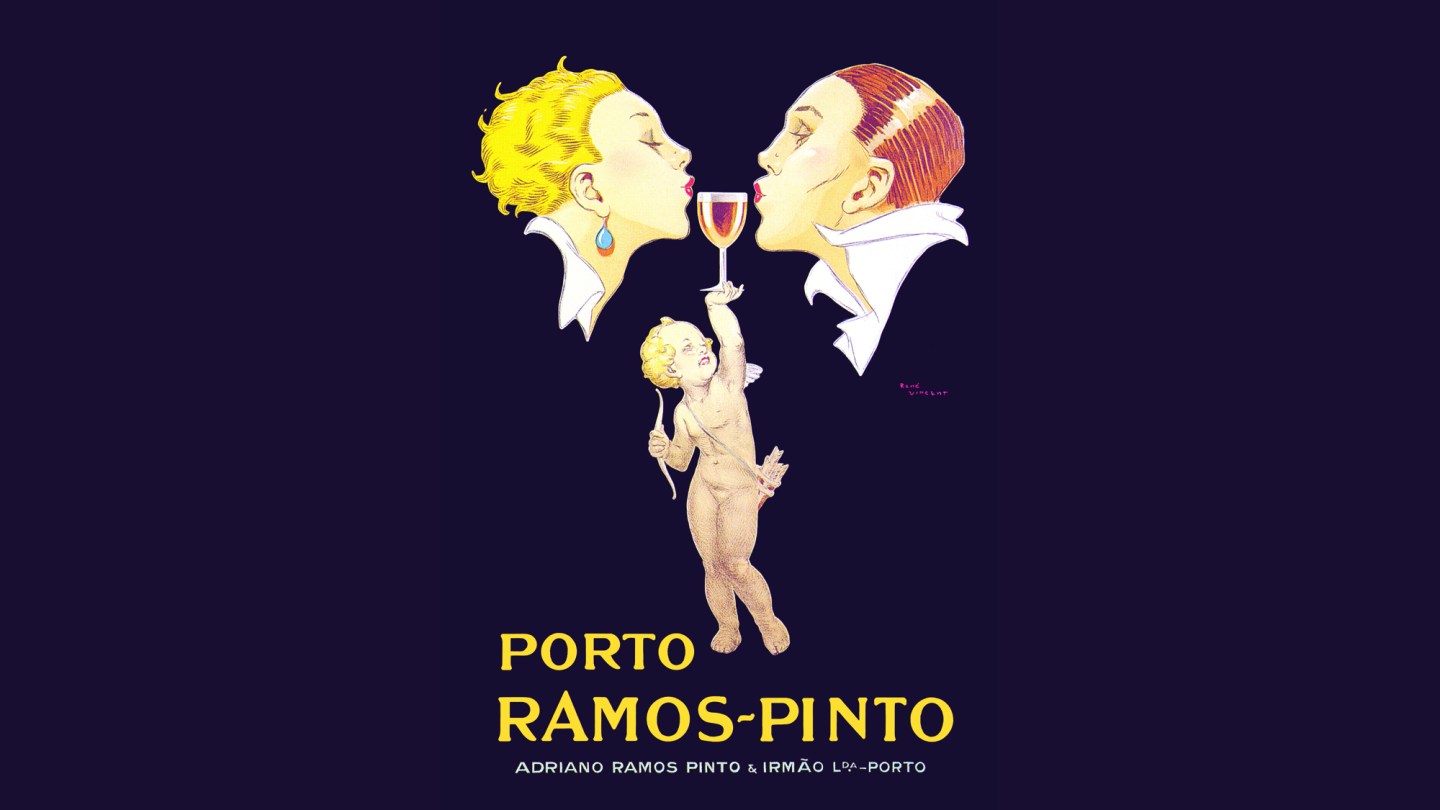 When the weather forecast resembles something out of The Day After Tomorrow, generally only two kinds of people are happy: Those who have a ski trip planned and would love two feet of fresh powder, and those who know that “polar vortex” is really just code for “stock up on snacks, shelter in place and open that Zinfandel, stat.”

To get you through this extreme mid-winter weather, we’ve put together a selection of fuller-bodied red, white and fortified wines—the kind of wines that we think are perfect for fireside conversation and comforting, slow-cooked meals.

A vintage illustration featuring a snowman drinking champagne with an elf at New Year’s, circa 1922.Photograph by Paul Popper — Popperfoto Popperfoto/Getty Images

As we learned from wine professionals in some of North America’s most frigid climates, however, there are no hard-and-fast rules about what to drink when temperatures plummet. So what are they drinking in the dead of winter?

The answer is more about what they don’t drink. Rosés get no play this time of year, says Pablo Moncada, general manager of Lush Wine and Spirits in Chicago. Lighter-bodied reds like Beaujolais and Pinot Noir also fall by the wayside. Moncada notices his customers’ tastes shifting away from stainless-fermented wines and toward heavier, oak-aged wines. Otherwise, it’s kind of business as usual.

Franz Zimmermann, sommelier at The Fairmont Chateau Whistler in British Columbia, says that the resort’s wine-savvy guests “make a conscious decision to enjoy the wine they love” rather than follow the “Shiraz by the fireplace” cliché.

In Grand Forks, North Dakota, a place that logged more than 70 days of below-zero temperatures last winter, sales of comfort food-friendly, “more structured” reds tick up, but Rieslings and Moscatos still sell briskly, as they do year round. “You can’t not live,” explains Dustin Mitzel, general manager of wine retailer Happy Harry’s, which has locations in both Grand Forks and Fargo. “It’s cold, but…you do what you do.”

These are the wines to which we instinctively turn when it’s scarves-and-ski pants weather: Big, rich reds, some perhaps a bit higher in alcohol than we would normally drink. Most of us default to Syrah, Zinfandel and Cabernet Sauvignon, which is all the more reason to try a hearty Italian Aglianico or a Petite Sirah.

Moncada says that his customers seek out dense reds including Grenache and Malbec (“Malbec is like crack—people can’t get enough of it”). At The Fairmont Chateau Whistler, says Franz Zimmermann, standbys like Caymus Cabernet and Hendry Zinfandel are popular with his winter clientele, as are local Okanagan reds like Painted Rock’s Red Icon.

Feudi di San Gregorio 2007 Piano di Montevergine Taurasi DOCG ($70) A total win-win package of big flavor, big texture and balance: This single-vineyard Aglianico from Campania has a few years of age on it and has lost the astringent character that the grape sometimes shows in its youth. The nose—cinnamon, cumin, blackberry, chilies—is alluring, and is followed by fat blackberry and plum flavors. Textured, wooly tannins are manageable now and promise further aging. 14.3% alcohol.

Bertani 2006 Amarone della Valpolicella Classico DOC ($130) Amarone is no joke: After harvest, the Corvina and Rondinella grapes are dried for a few months before they are vinified. At Bertani, the wine is then aged 5–8 years in casks and then another year in bottle before it is released. The result is a heady, 15% alcohol red with spicy aromas, textured tannins, and tea, cigar, earth, and spice accents to its tart red fruit. A warming, fireplace-and-fuzzy blanket wine.

Domaine Montvac 2011 Arabesque Vacqueyras ($23) There’s no mistaking this Grenache-based red for anything other than a Rhône wine. Opens with deep aromas of black and blueberry, pepper, and bread flour. In the mouth it is finely textured but not oversized, dominated by blueberry and raspberry flavors through the juicy finish. Licorice and white pepper accents add lift and interest.

Northstar 2010 Merlot Columbia Valley ($41) Mouthfilling, with a pleasing, flavorful impression: Tannins are well integrated, with a feel that is not too heavy or rich. Juicy red plum and raspberry drive the bus here, with bramble, woodsy accents riding shotgun.

From start to finish, there’s a meat/earth/cumin foil to the ripe red fruit underneath. Don’t overthink this—it’s juicy, enjoyable, and exactly what you want when you call out for pizza.

Penfolds 2012 Bin 28 Kalimna Shiraz South Australia ($30) Fits the precise profile that most folks want when they seek out Aussie Shiraz: meaty, peppery aromas, and big black plum, cassis, even blueberry flavors that are amped up with oaky, mocha accents.

Quivira 2012 Reserve Zinfandel Dry Creek Valley ($38) Approachable and under 15% alcohol; this is a Zin with wide appeal. It offers wide, brambly, red-fruit aromas and bright raspberry and blackberry flavors. Turns a little liqueurish on the finish, accented by smoky, woodsy notes.

When the temps hit sub-freezing, it just isn’t the time to drink acidic Sauvignon Blancs. Instead, what you want to sip this time of year are fuller-bodied whites like Rhône varieties, oaked Chardonnays, even some Pinot Gris.

Though they can be a harder sell than reds are in cold weather Moncada, a former sommelier, recommends white wines that pair well with winter comfort food. “I love Gewürztraminers in the wintertime,” he enthuses. “They show a lot of citrus that can be incorporated into braises” like slow-cooked chicken or pork belly. If you’re making an après-ski cheese fondue, says Zimmermann, try a Washington Riesling or an Austrian Grüner Veltliner, both of which can do double duty as a fondue ingredient and accompaniment.

Lange 2013 Reserve Pinot Gris Willamette Valley ($30) A fuller-bodied, elegant expression of Pinot Gris. This white was aged in neutral French oak, which gives it some heft and roundness in the mouth without leaving much of an oaky impression save for the hint of crème brûlée on the nose and palate. Attractive grapefruit and olive oil flavors melt into a dry, minerally finish.

Gary Farrell 2012 Durell Vineyard Chardonnay Russian River Valley ($55) Well balanced and judiciously oaked. At first pass, the nose has cologne and cedar notes, but these soon gave way to fresh-cut hay and light mallow aromas. In the mouth, mallow/vanilla flavors lend heft and richness to a base of citrus, stone fruit and ginger.

Those of us who keep fortified and dessert wines in the cellar tend to forget they are there, or can’t justify opening them when it’s just two of us on a Tuesday night. A lazy, long weekend away with close friends, when the fireplace is crackling and conversation continues long into the evening, is the perfect time to enjoy them. Both should keep for a couple of days in the refrigerator after they are open.

A tawny port is a wine lover’s answer to Cognac or single-malt—it’s just the thing to nurse for a few quiet, peaceful minutes before turning in for the night. Shows meaty, apricot pastry aromas. Flavorwise, the Quinta do Bom Retiro has a lot going on: apricot, herb, soy, walnut, maybe even a little Benedictine. Full-bodied and rich, but at 20% alcohol, it packs a punch.

Disznóko 2005 Tokaji Aszú 5 Puttonyos ($49/500 ml) Offer this Hungarian sweet wine after dinner, perhaps with some nuts and dried fruit. Amber colored with white pepper, spice and citrus aromas, and rich butterscotch, caramel and apricot flavors. Medium-bodied with good acidity and not at all syrupy; will even appeal to those who don’t typically like dessert wines. 12% alcohol.

Wineries, importers and distributors: If you are interested in submitting samples for review on Fortune.com, contact us at fortunewines@gmail.com.

Learn more about what you should be drinking this winter from Fortune's video team: