SodaStream thinks this high-tech cocktail machine can save it 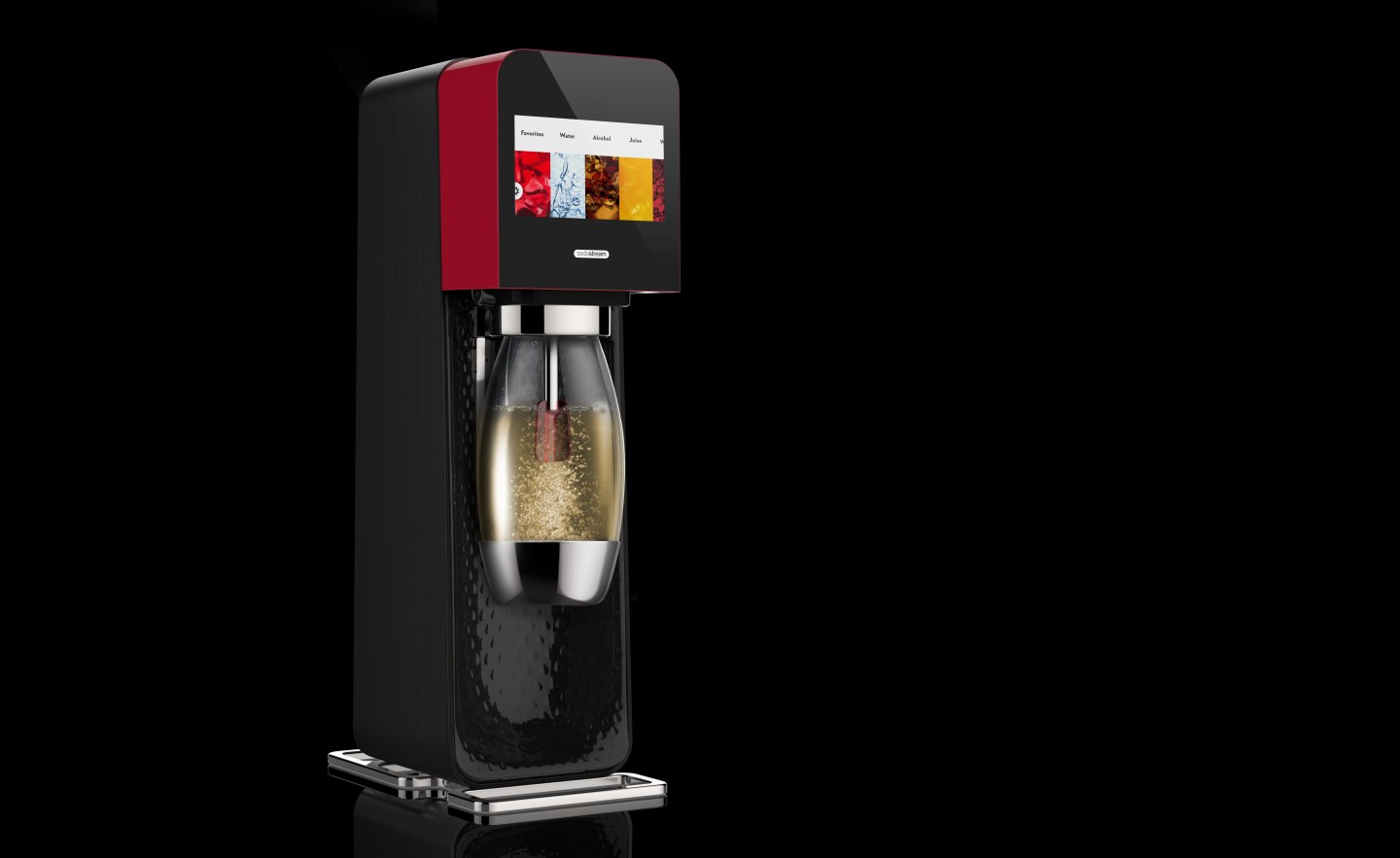 Do-it-yourself soda maker SodaStream wants to get into the cocktail game, Engadget reports, in an apparent bid to boost declining sales and engage more affluent consumers.

SodaStream has paired up with designer Yves Behar to make the new SodaStream Mix, a cloud-connected soda maker that can also handle the harder stuff.

Engadget broke down how the SodaStream Mix works:

Touch the screen and cycle through to the alcohol section and you’ll be presented with a variety of recipes for you to follow. When done, insert the mix into the SodaStream and hey, the hardware will carbonate it. The company promises that the device can compensate for the differing fluid density levels of each drink, so it’ll ramp up (or down) the fizz for a drink with pulped fruit compared to a whiskey sour.

The SodaStream Mix doesn’t yet have a precise release date or price.

The new product could prove to be a boon for a company in need of a new target demographic: adults who throw cocktail parties. In February, SodaStream reported declining global revenues of $126.5 million for a 25% drop year-over-year, according to Zacks. The company’s U.S. revenues dropped almost 50%.

Fortune reported on SodaStream’s troubles last year, amid a decrease in U.S. soda sales as consumers flock to healthier alternatives.