Apple attempts fast break in the battle over connected cars 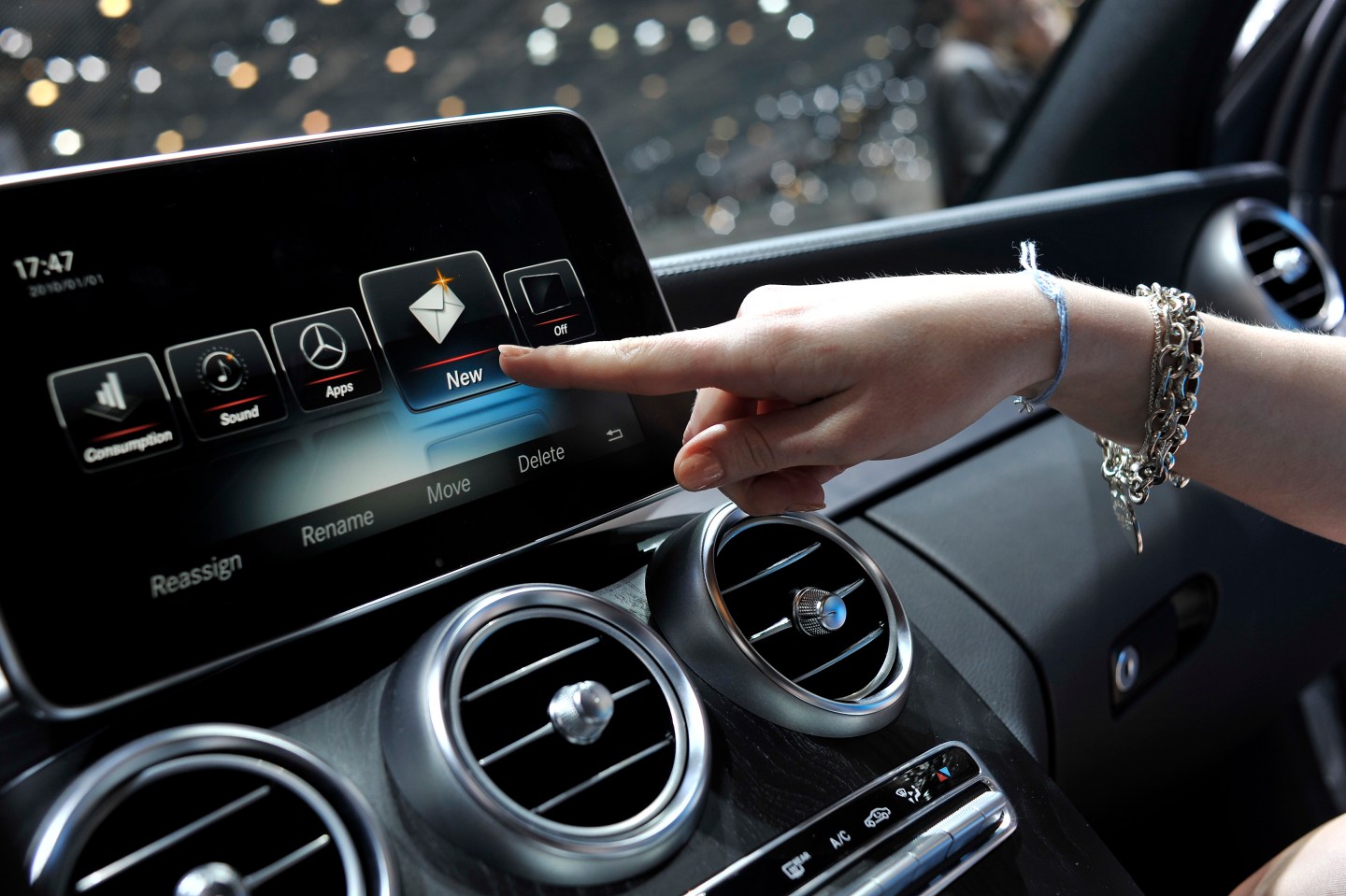 GENEVA, SWITZERLAND - MARCH 05: An Apple CarPlay screen is seen in a Mercedes-Benz car during the press day of the 84th International Motor Show which will showcase novelties of the car industry on March 5, 2014 in Geneva, Switzerland. (Photo by Harold Cunningham/Getty Images)
Photograph by Harold Cunningham — Getty Images

Apple’s connected car system CarPlay is going wireless. But that’s not really the most relevant CarPlay news to come out of Apple’s Worldwide Developers Conference—after all, CarPlay is only just starting to roll out in 2016 model vehicles, and none of those cars are even equipped with wireless mode.

A far more interesting update is that in iOS 9, CarPlay will support apps by automakers.

When CarPlay debuts in cars later this year—such as 14 Chevrolet models, including the 2016 Cruze compact—users won’t be able to control the car’s features without leaving Apple’s (AAPL) connectivity platform. This means that drivers have to switch out of CarPlay to change the temperature on the AC or adjust the radio, resulting in a wonky, disjointed experience.

If automakers bite, it should lead to a smoother CarPlay experience. It could also be a play to push out Google’s connectivity system Android Auto. That’s the big question, though: will automakers ditch their dashboards and develop apps that allow drivers to control all of the car’s features through CarPlay? And if automakers do opt to develop CarPlay apps, will they turn their backs on Android Auto?

Automakers are anxious to offer connectivity to their increasingly tech-savvy consumer base. Several automakers, including GM (GM), Hyundai and Mitsubishi have announced plans to offer CarPlay or Android Auto (and in many cases both)—connectivity systems that allow the smartphone to take over a car’s center screen. Once users plug their smartphone into the car’s USB port, the phone’s music, maps and navigation, and selected apps are integrated onto the central screen.

However, not all automakers are ready—or willing—to give up their own in-car communications and entertainment systems. For example, Toyota (TOYOF) has not committed to either Apple or Google’s connectivity platforms. Instead, Toyota engineers are studying whether to adopt SmartDeviceLink technology, an open source version of Ford AppLink, which gives drivers command and control of smartphone apps through dashboard buttons, display screens and voice recognition tech. SDL is maintained by Livio, a subsidiary of Ford.

If Toyota uses the technology it could boost efforts within Ford to develop an automotive industry-based solution for integrating smartphone apps into vehicles.

Meanwhile, Ford appears to be exploring every possible option. The automaker is keeping Sync, with its AppLink technology, to let users make calls, listen to music, and select apps, all with voice control. However, the company is also expected to eventually upgrade the Sync system to accommodate CarPlay and Android Auto. CarPlay’s new support features should only make it easier for automakers to adopt the system, and if they bite tech-minded consumers will have yet another option to consider while car shopping.