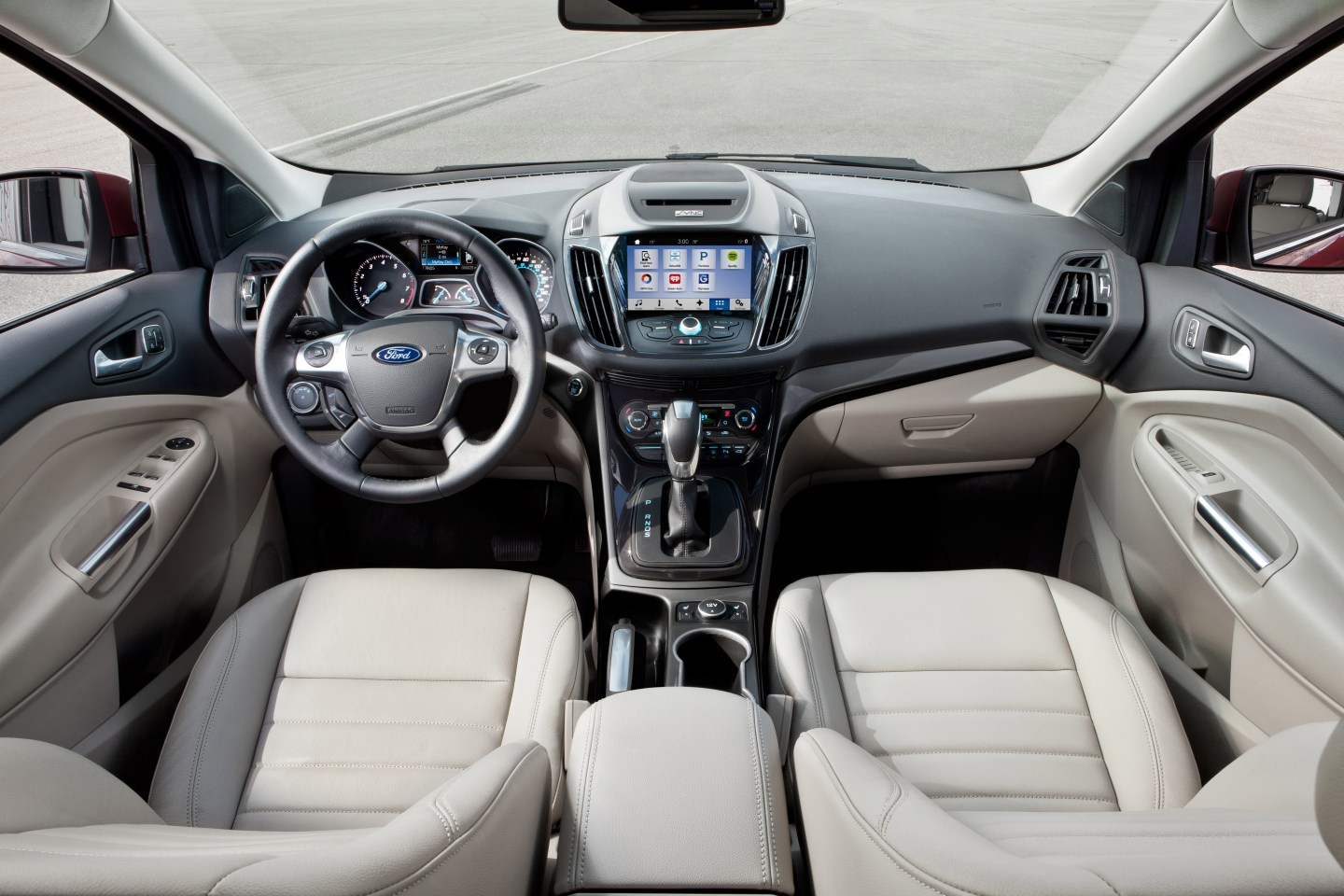 Ford’s smartphone infotainment technology could end up in future Toyota and Lexus vehicles.

Toyota says its engineers are studying whether to adopt SmartDeviceLink technology, an open source version of Ford AppLink, which gives drivers command and control of smartphone apps through dashboard buttons, display screens and voice recognition tech. SDL is maintained by Livio, a subsidiary of Ford.

If Toyota uses the technology it could boost efforts within Ford (F) to develop an automotive industry-based solution for integrating smartphone apps into vehicles.

Automakers are scrambling to offer connectivity to its increasingly tech-savvy consumer base. Infotainment systems developed by automakers have a bad rap for being difficult to use or becoming quickly out of date. Unlike other automakers, Ford has received positive reviews for the most recent iteration of its in-car infotainment system. However, third-party companies—namely Apple (AAPL) and Google (GOOG)—have swooped in to fill the technological void left by other company’s proprietary tech.

In the past month, numerous automakers including GM (GM), Hyundai and Mitsubishi have announced plans to offer Apple CarPlay or Android Auto (and in many cases both)—connectivity systems that allow the smartphone to take over a car’s center screen. Once users plug their smartphone into the car’s USB port, the phone’s maps and navigation, music and selected apps are integrated onto the central screen.

But not all carmakers are keen to connect with systems developed by Apple or Google. Toyota is one automaker that hasn’t publicly committed to adopting either system.

Ford, on the other hand, is casting a wider net. The company is keeping Sync, the in-car communications and entertainment system that lets you use your voice to make a call, listen to music, voice-control, and select apps with its AppLink technology. Ford announced this month that a new version of Sync 3 will debut in Fiesta and Escape models this summer. However, the company is also expected to eventually upgrade the Sync system to accommodate CarPlay and Android Auto.

The SDL technology, which is branded as AppLink, is already in more than 5 million Ford vehicles globally. Three new markets—Taiwan, New Zealand and Thailand—will be added this year, Ford says.