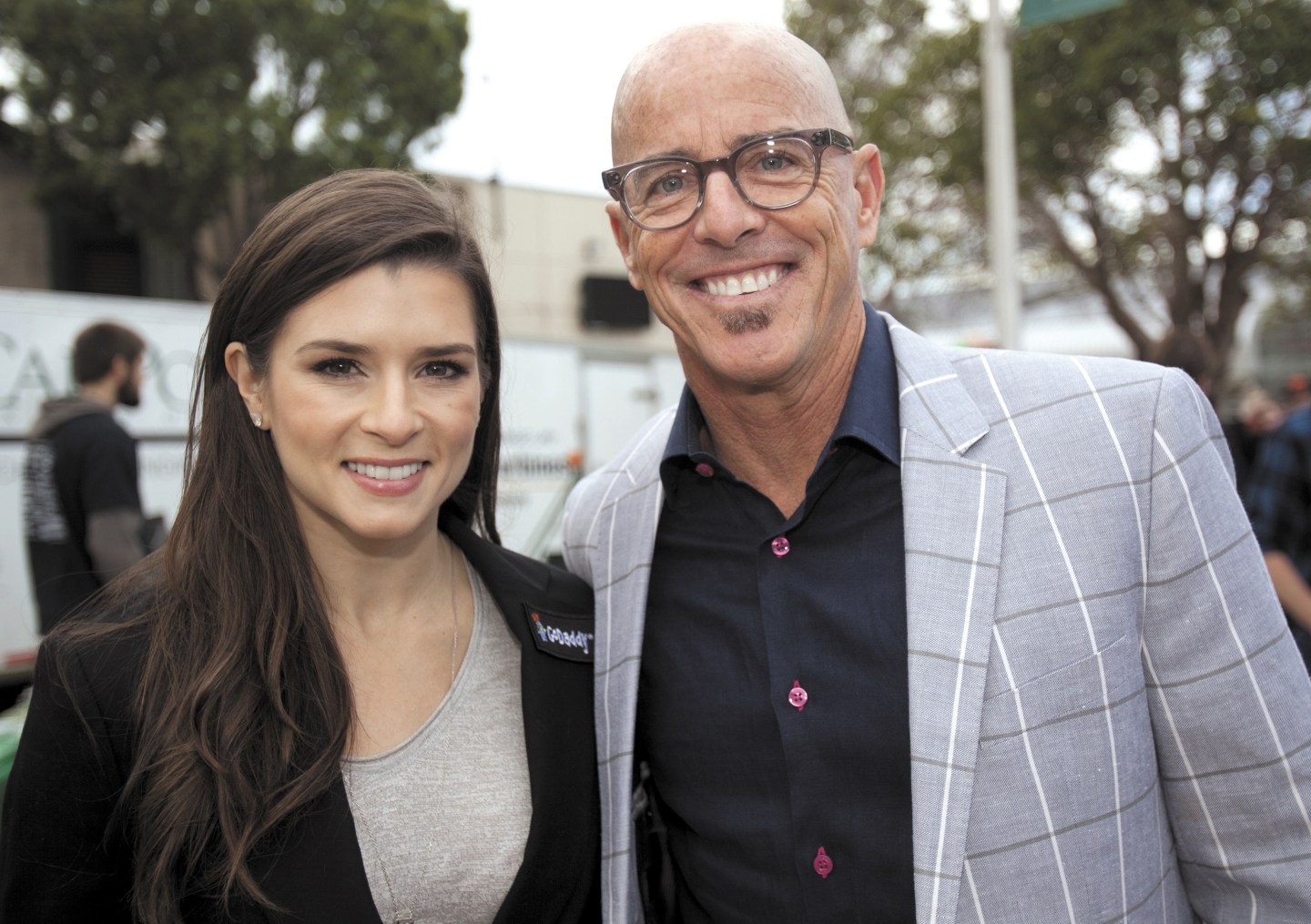 When you hear “GoDaddy,” what comes to mind? Blake Irving, the company’s CEO, really hopes it is not the image of a scantily-clad woman.

Late last week, the web hosting company announced that Irving is acting as an executive producer of “CODE: Debugging the Gender Gap,” a feature-length documentary looking at the reasons why more women and minorities aren’t going into tech. The film, which is directed and produced by Robin Hauser Reynolds, is slated to premier at New York’s Tribeca Film Festival on April 19. The announcement coincides with news that GoDaddy’s upcoming IPO could raise as much as $418 million, bringing the company’s market value to nearly $3 billion.

Irving has been trying to repair GoDaddy’s sexist image since he took over as CEO in January of 2013. (See our story in Fortune magazine last year: “Finally gave a damn ’bout a bad reputation.”) But based on how many news reports on the IPO referenced the company’s infamous ad campaigns, he still has a way to go. Starting in 2005, GoDaddy ran a series of racy Super Bowl commercials featuring women such as race car driver Danica Patrick and supermodel Bar Rafaeli—usually in some state of undress. The ads infuriated some consumers and gave rise to Breakupwithgodaddy.com, a movement to boycott the company. Irving told the New York Times that they also caused some female business owners to pressure Etsy, an online marketplace, to stop doing business with GoDaddy.

Irving was not available to comment for this story.

While those ads got a lot of attention, Irving told the Times, they were also “on the edge of inappropriate.” Under his leadership, the company has ditched the sexually provocative commercials. (It’s worth noting that the company had another Super Bowl fail this year, though this time the objections came largely from animal rights advocates.) GoDaddy has also made some women-centric marketing moves lately, including putting a giant “#STEM” on the back of Patrick’s pink, GoDaddy-sponsored Breast Cancer Awareness car. The acronym, which stands for science, technology, engineering and math, is meant to bring awareness to the lack of women in these technical fields.

Irving also made some substantive changes within the company, including hiring Elissa Murphy as chief technical officer, the first woman to hold that position at GoDaddy. Irving and Murphy created the GoDaddy Women in Technology network, a professional development group. The CEO has been vocal in his support of increasing the number of women and minorities in technology, including writing an op-ed for Fortune on why women are so turned off by the industry. In the article, Irving says that 18% of the technical jobs at GoDaddy are held by women–though he notes that that figure puts the company just 1 percentage point above the average for Silicon Valley.

Despite these shifts, it’s no surprise that GoDaddy has been slow to shake its sexist reputation, says Derek Rucker, professor of marketing at the Kellogg School of Management. Revamping the way the public sees a company requires “a series of actions over time,” he says. In some cases, it may also require the firm to tackle the issue head-on, publicly acknowledging the problem and explaining how it’s changed. While moves like executive producing the “CODE” documentary may help, Rucker suspects that it’s the internal changes at GoDaddy—such as hiring Murphy—that will ultimately determine whether the company is able to escape its sleazy past. Says Rucker: “Seeing changes within the organization makes it easier for people to believe.”