GoDaddy CEO: Why Women Are So Turned Off by the Tech Industry 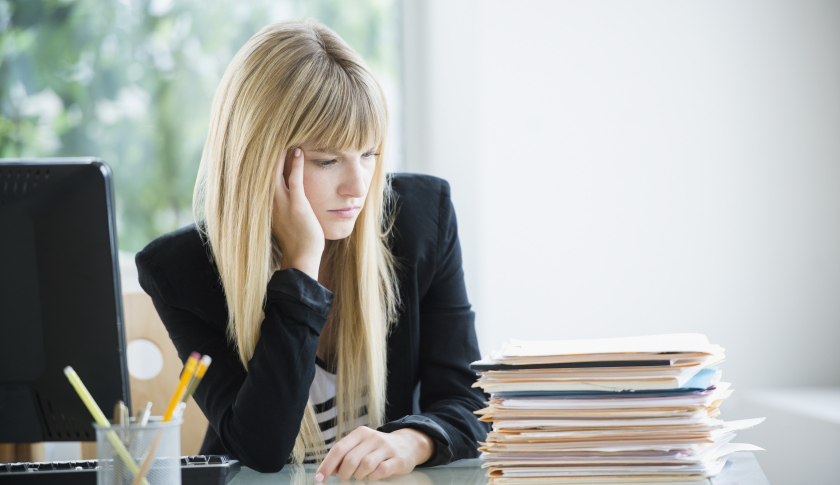 This week, the Grace Hopper Celebration for Women in Computing will come to Arizona, for the 20th anniversary of the conference designed to connect, inspire and guide women in computing. Since their first meeting with 500 attendees in 1994, the event has grown to become the world’s largest gathering of women in computing. Along the way, they’ve helped thousands of female technologists find a voice in a male-dominated industry and opened the conversation about inequities, large and small, woven into the fabric of the tech industry.

Notwithstanding, the valuable work of the Anita Borg Institute (organizers of the Grace Hopper Celebration) and many others that share our cause, the gender diversity gap in tech continues to widen. It is said that, ‘admitting you have a problem is first step to fixing it.’ In the case of gender diversity, the problem for our industry is clear: uniform blocks of thinkers by their very nature tend to think in the same ways. In an industry where innovation rules, novel ideas lead to unique solutions—and these ideas can be the difference between success and failure.

Of course, we’ve long intuited that diversity of thought leads to novel solutions, but more and more the diversity theory is being backed by hard data. In a study released in May by the University of Castilla la Mancha, Spain, researchers analyzed the make up and results of more than 4,000 R&D teams around the world and found that gender diverse groups can lead to greater creativity and better decisions. However, the tech industry has an equally important reason to court women developers and tech leaders: women are the majority consumers of tech. Despite the long-running stereotypes to the contrary, women purchase and use more technology than men. Women purchase more tablets, laptops and smartphones; download more music, movies and games; make the majority of household technology purchasing decisions; and utilize devices and services, from games to social media, more than their male counterparts, according to research over the past two years from the market intelligence firm Park Associates.

With the rise of wearable technology following the same patterns, this gap only promises to widen. We experience this directly here at GoDaddy, where we focus on cloud services for small business. More than half of small businesses in the U.S. are owned and run by women, and those ventures have disproportionately adopted cloud services like email marketing, SEO & SEM services and online billing and bookkeeping services. As with consumer technology, it’s clear that women’s opinions matter deeply to the success of the small business cloud services industry.

Understanding how women adopt and utilize technology are two of the most important insights the tech industry can glean—and there’s no better way to do that than to have women build and lead product development. However, our industry has turned in a dismal report card on gender diversity. Recently released gender demographic stats from Google (GOOGL) and Facebook (FB) to Twitter (TWTR) and LinkedIn demonstrate the consistency of the problem, and I’d like to say that GoDaddy stood on higher ground, and that knowing our customer needs well (as we do) had more effectively balanced our workforce.

Unfortunately that isn’t the case. With only 18% of technical roles filled by women at GoDaddy, we sit only 1% above the rest of the Bay Area pack. This is nothing to celebrate.

Though our industry’s gender diversity numbers are troublingly low, the worse news is that they are lower than ever. In 1991, women held 36% of all computing-related occupations—double the rate in the Bay Area today. Some would-be defenders of Silicon Valley culture have responded that since only 20% of computer and information science degrees were awarded to women (as of 2008, down from 37% in 1985) we are exactly where we ought to be. They are right to look at education as a root problem, but they are wrong to suggest our responsibility ends there.

To understand why graduation rates in computer science are so low for women, we only need to answer one question: Why do 74% of high school girls report affinity for STEM subjects in school and yet, according to a report by the Girl Scout Research Institute, only about 20% pursue STEM-related undergraduate degrees? What happens between high school and college to account for such a radical drop in the pipeline?

Research from the US Department of Commerce suggests that gender stereotypes may play a central role in the choice to pursue a career in computer science or other STEM related jobs. Other studies suggest a fear of bad grades and ‘fear of failure’ in general may be key. Everything from teasing, lack of encouragement, lack of role models and subtle biases have recently been proposed as playing a major role in women’s decisions to look away from technical careers, but I suspect the answer is more portentous—and follows women from the classroom to the workforce.

Of all the causes that could narrow the pipeline of women in tech from 74% to 20%, I suspect the principal contributor is that the environment we’ve created in tech is simply off-putting to most women.

Juxtaposed by the steady stream of stories women have shared about their bizarre/creepy Higher Ed and Silicon Valley experiences, rationales like “lack of role models” and “subtle biases” quickly lose explanatory power. In both venues, we have built environments where men can be highly performant—and made the assumption that because men flock there, women will want the same. They clearly don’t. What’s worse, the more women who leave tech or opt never to enter, the more unwelcoming the environments potentially become. The compounding effect of this negative feedback loop is anything but subtle, and it’s keeping our industry behind the curve on this issue.

The new trend of demographic transparency in tech marks a possible turning point in the industry — not for the transparency itself, but because it makes clear that all of the diversity recruitment goals and “special initiatives” at most tech companies aren’t enough to reverse the negative trend we’re combatting. Transparency makes clear that the unacceptably low numbers of women in tech are a systemic issue. If we fail to address the problem systematically we’ll continue to fail overall—and innovation will suffer as a result.

This month, UC Hastings professor Joan C. Williams penned an in-depth article for the Harvard Business Review called “Hacking Tech’s Diversity Problem,” where she identifies a number of the subtle systematic elements that lead to women opting-out of tech roles. “When an organization lacks diversity,” Williams wrote, “it’s not the employees who need fixing. It’s the business systems.” In the article, Williams convincingly argues that we need to use the same tools to tune our workplaces as we use to rapidly iterate on our own products.

Williams’ prescription for systematically identifying and implementing “interrupters” into our work environments is just what the doctor ordered for the tech industry. Peter Drucker famously said that, “what gets measured gets managed.” At GoDaddy, we’ve begun to work on tangible steps to tune our work environments to be equally welcoming to both genders. My first act as CEO was to completely overhaul our brand and advertising—dropping the commercials that women clearly articulated to be objectifying and over-sexualized for a value prop that emphasizes the entrepreneurial spirit of our customers, many of whom are women. The old brand did not represent our passion for the success of our small business customers and sent a signal, wrongly, that GoDaddy was not a place that respected women.

Another way GoDaddy is working to transform our technical environment is by balancing as many Agile development teams as possible with 50% women vs. sprinkling one or two women per team across all teams. Even in small teams, I’ve seen that when men work in equal numbers to women, coarse male behavior wanes almost universally. Women on those teams describe their environment as more inclusive, more respectful and more satisfying. Though this is just one of many environmental improvements, I find it a very hopeful one.

American cultural anthropologist Margaret Mead famously said, “never doubt that a small group of thoughtful, committed citizens can change the world; indeed, it’s the only thing that ever has.” As the Grace Hopper Celebration approaches, it’s a good time for the small group of leaders across the tech industry to pause and evaluate if they are doing enough (and doing it systematically) to effect real change.

Blake Irving is CEO and Board Director of GoDaddy. Follow him @blakei