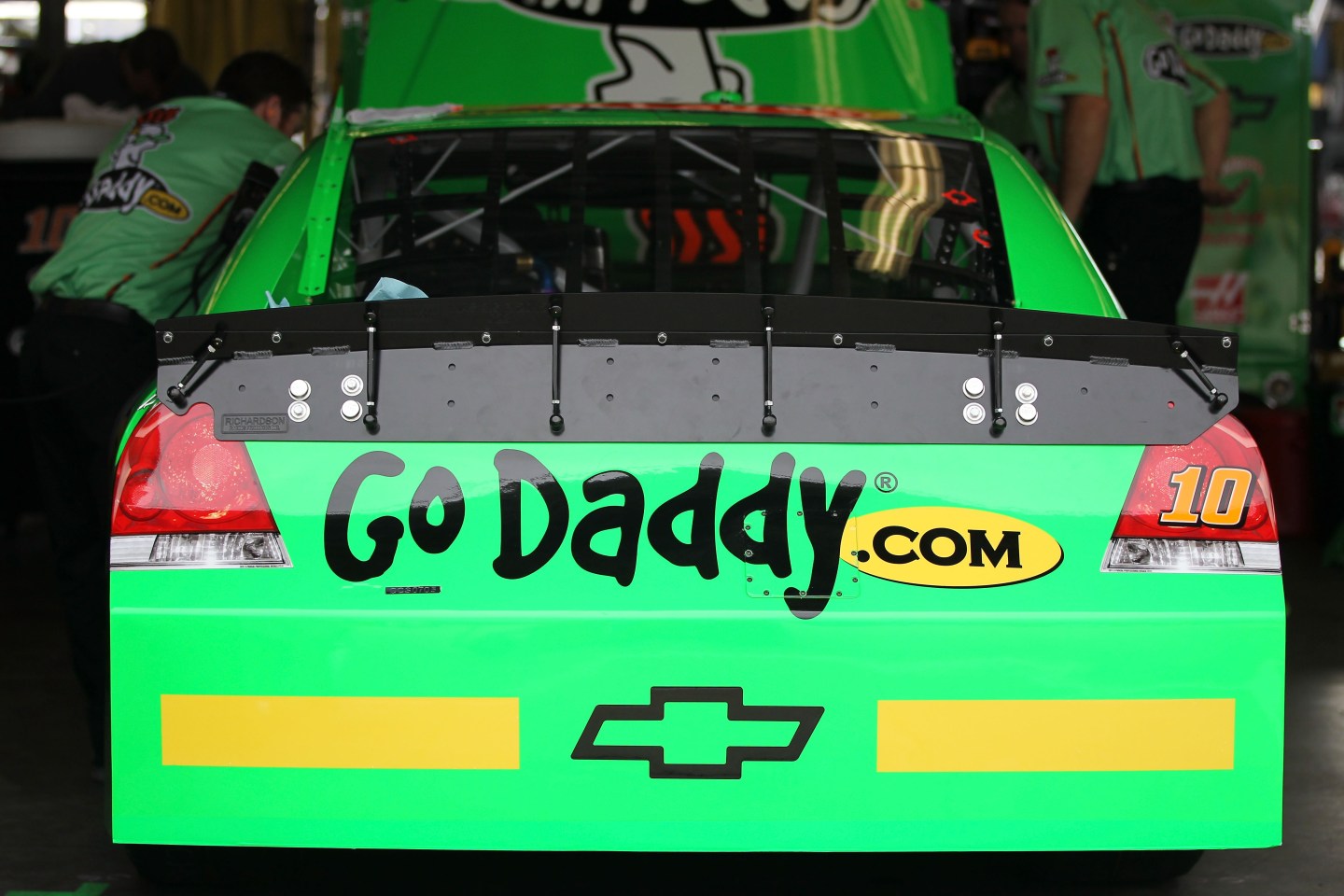 DAYTONA BEACH, FL - FEBRUARY 18: The car of Danica Patrick, driver of the #10 GoDaddy.com Chevrolet, is seen in the garage during practice for the NASCAR Sprint Cup Series Daytona 500 at Daytona International Speedway on February 18, 2012 in Daytona Beach, Florida. (Photo by Jamie Squire/Getty Images)
Photograph by Jamie Squire — Getty Images

(Reuters) – Web hosting company GoDaddy Inc’s initial public offering is expected to be priced between $17 and $19 per share, valuing the company at $2.87 billion at the top end of the range.

The offering of 22 million class A shares is expected to raise up to $418 million, the company said in a regulatory filing on Thursday.

The IPO of the internet domain registrar, known for its advertisements that feature scantily clad women, will follow the debut of online data storage provider Box Inc in January.

After the offering, KKR’s class A share stake will fall to 23.9% from 27.9%. The private equity firm would continue to hold 20.9% class B stake in GoDaddy.

Founder Bob Parsons, who stepped down as executive chairman in June, will hold 40% of GoDaddy’s class B shares and nearly 24% of class A shares after the offering.

GoDaddy is led by Blake Irving, who was Yahoo Inc’s chief product officer from 2010 to 2012.

The company which serves 12.7 million customers and managed about 21% of the world’s Internet domains as of December, according to the filing.

The company’s shares are expected to list on the New York Stock Exchange under “GDDY”.

Morgan Stanley, JPMorgan, Citigroup are the lead underwriters of the offering.