For Cadillac’s brand director, it’s not about the cars 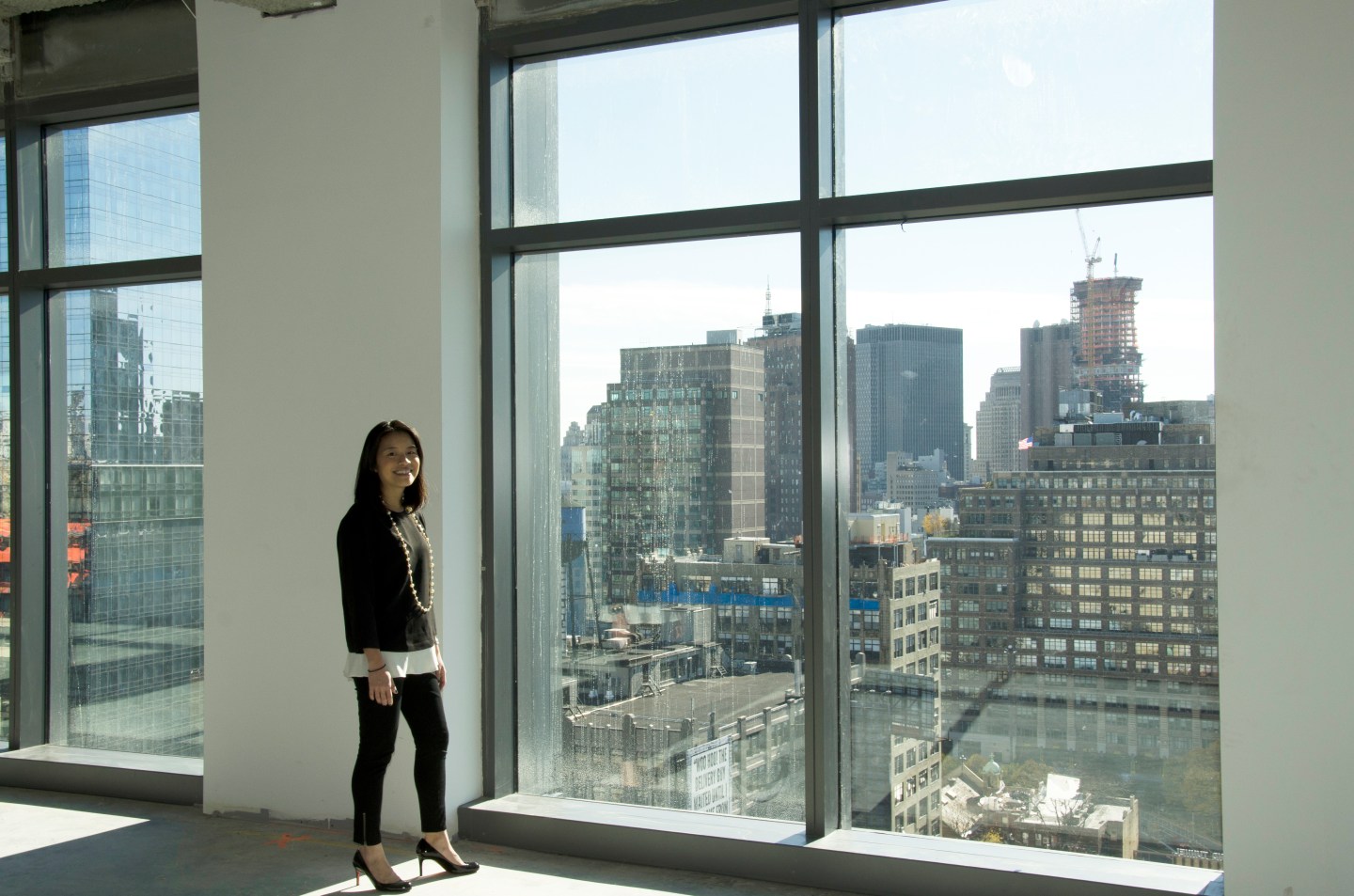 In 2012, before Melody Lee joined Cadillac, she wouldn’t have ever thought about buying a Escalade or a CTS Sedan. For the past two years, she has devoted her career to changing her own mind — as well as drivers everywhere — about what a Cadillac driver looks like.

As the director of brand and reputation strategy for General Motor’s (GM) luxury line of cars, Lee is working to transform the way that drivers perceive the 112 year old brand. Just 33 years old, Lee was a strategic hire for Cadillac as it seeks to be reconsidered by “30-somethings on the cusp of success” who have the income to drive a Cadillac, says Lee.

But to get more millennials like herself to start thinking about buying a Cadillac as opposed to an Audi or a BMW, Lee isn’t focusing on the cars themselves. Instead, she is putting her energy into changing what the cars represent.

“We want to be a global luxury brand that happens to sell cars. We don’t want to be an automotive brand,” Lee said in an interview. “There is nothing that exciting about an ad with a car in it by itself. We need to start injecting more humanity into our brand and into our advertising.”

A large part of Lee’s push to rethink Cadillac’s image is GM’s recent decision to move the brand’s headquarters from Detroit to New York City. Standing in Cadillac’s newly purchased office space on the 16th floor of a building in trendy SoHo with panoramic views of the city, Lee told Fortune that the office will be used a recruiting tool as much as anything else. To become the global luxury brand that Lee wants Cadillac to be, she knows that she needs to attract other great minds to come work for her.

“Physical separation from Detroit was necessary for us,” she said. “If we are going to truly be a global luxury brand, we need to distance ourselves a little bit from our mothership. Everyone in New York is always just a little bit ahead of everyone else and we need to be the brand that stands for that.”

Aside from setting up their headquarters in the middle of the nation’s luxury mecca, Cadillac is also pursuing creative partnerships with other brands to get drivers to see the cars in places other than at auto shows and in car dealerships. Last Christmas, for example, Cadillac took over the store windows at Saks Fifth Avenue in New York and filled them with Escalades. Doing so lets women, who have a huge amount of influence when it comes to purchasing cars, a chance to reimagine what type of person drives a Cadillac, she explained.

Lee also understands that people don’t just drive cars to drive cars: They drive cars to get somewhere and have an experience. With that sentiment in mind, Lee has organized “experimental driving” experiences for drivers thinking about what their next car will be. In five cities across the country, Cadillac has rented out Michelin-star restaurants out for the night and allowed interested buyers test drive a car to the restaurant. They then get a fantastic five-course meal, a cook book and are driven home in another Cadillac model.

Lee believes that these types of programs will convert more buyers than traditional discount programs, but convincing her fellow GM colleagues of the same has been challenging. Referring to the automotive industry as an “old boy’s club,” Lee shared that she is often the youngest person in a meeting and quite frequently the only woman. She deals with a lot of skepticism when she pushes for a different strategy, but she finds that the fact that she embodies one of Cadillac’s key customer targets helps her case.

“I’ll often say, ‘Well, do you want a millennials perspective?’ You have one right here,” she said.

Also, in some ways, the recent recall disaster by Cadillac’s parent, General Motors, has helped Lee and her team’s case for pushing the boundaries of what Cadillac means and represents, says Lee. The ignition switch failure was a signal to senior management that they needed to start doing things differently, providing more support for Cadillac’s move to New York and its new efforts to recruit drivers.

“There is a real desire to change the future and the behaviors at General Motors,” she said. “We got this ground swell of support from people who said this is absolutely the kind of risk that we need to take. The recall fueled this change at Cadillac.”

But fancy office buildings, cars in the windows of luxury department stores and “experimental driving programs” aside, will Cadillac’s plan really work? The verdict is still out, says David Whiston, a senior equity analyst for Morningstar. Cadillac is selling around 270,000 cars annually, compared with Audi, which sells over 1.5 million. Luxury is a crowded spaced, he added, and it will take time for Cadillac to see results. Alec Gutierrez, senior analyst for Kelley Blue Book, added that although Cadillac “completely overhauled their product portfolio from top to bottom,” their cars are still not at the at a point to justify their high price point.

For Lee’s part, she believes if she can get drivers to see Cadillac in a different light, sales with follow.

“I don’t buy products, I buy brands,” explained Lee. “I don’t use Apple computers because they are the best computers, I use them because Apple is cool. We need to show drivers what the Cadillac lifestyle is all about.”