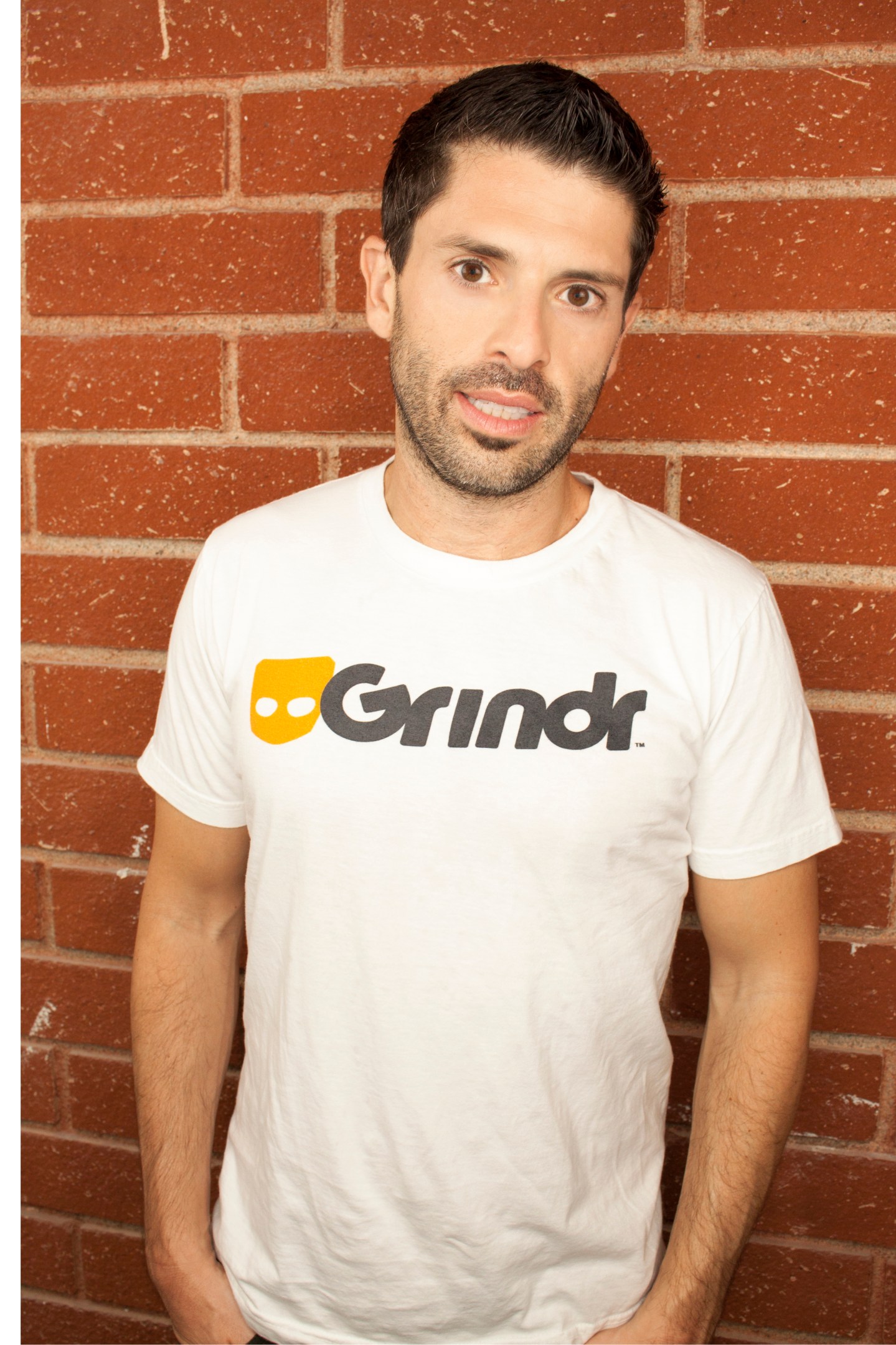 Joel Simkhai was born in Tel Aviv, Israel. He and his family immigrated to New York when he was three. After picking up a degree in international relations and economics from Tufts University, Simkhai spent the beginning of his career working in finance, journalism, and at a startup company, all in Manhattan.

Simkhai quickly became frustrated with how difficult it was to date online. The options were limited. The process? Frustrating. It was far too time consuming to seek people out, he thought. There ought to be a better way.

In 2009, Simkhai created Grindr, a location-aware mobile application for dating for gay men. The app revealed men with Grindr accounts by their proximity to the user—groundbreaking for an industry that mostly took place from a desktop computer.

Simkhai began building the company in Los Angeles. He worked out of his living room for two years before moving into an office in Hollywood. His efforts have paid off: Grindr now has more than 5 million people active on its service each month, and the app has been downloaded more than 10 million times. It has also broken into pop culture, with mentions on popular television shows like The Office, Girls, and Saturday Night Live.

But popularity alone does not a business make, so Simkhai and company worked to monetize their hit product with a freemium business model. Grindr Xtra, which costs $12.99, drops display advertisements and offers finer filtering options.

1. Which companies do you admire? Why?

It’s got to be Apple for me. Whenever I look at something, I think, “What was it before, and what is it today?” And when you look at what Apple has been able to do, they’ve made technology sexy and elegant and something that’s really cool. I think that’s great, and it’s something I had never seen work before Apple. They’ve created new categories and new markets, whether it be the iPhone, the iPod, the app store, or iTunes. All these things are a part of an ecosystem that benefits a lot of others, and they create the roads and the pipes and they give developers an immense number of tools. It’s not just advancing technology; it’s creating a framework. I think that’s great.

I love things that make my life easier. A good example of this would be Uber. Being able to find a car, see when it’s coming, being able to pay for it, the review system to ensure a good experience, it’s all of these little things that make my life easier. There’s also Waze, the mapping software. Traffic is a problem we all have, and we’ve all assumed there’s no solution to it, but Waze has done a great job providing a simple solution that changes lives.

I throw Grindr in here also. Grindr makes life easier. It’s intuitive and simple. I think its technology is great. Another thing about these technologies is that they don’t get in your way or make you jump through hoops. They’re there to facilitate your life.

This one goes to my mom. She’s always said to me, “If you don’t ask, the answer is no.” I use that advice every day. It’s a good mantra to not let anything stop you. You’ve got to move forward. You’ve got to try. You’ve got to ask. You’ve got to make it happen. It’s all about making an effort. Maybe you’ll get a no, but that’s not bad at all.

I’m totally enjoying the projects I’m working on right now, and I’m not quite done with them yet. I still want to make Grindr easier and faster to meet up. I think there’s a lot more we can do to simplify the process and make it better, and I’m still excited by that project.

The other thing that we’re doing that will still require a lot of work is advancing gay rights. Several years ago, we started “Grindr for Equality.” That’s our initiative to help advance gay rights around the world. Clearly there’s a lot more work to be done internationally. That project in and of itself is a lifetime project and something that I’m very passionate about. The notion behind “Grindr for Equality” is that we can leverage our user base to help advance gay rights. We’ll send out messages to our users that are calls to action. It might be to vote, to call an elected official, to go to a rally, to donate, to go to an event. It’s basically just to do something.

I’ll give you a quick anecdote. Two years ago, New York state was considering whether to pass marriage equality, and there were five senators who were undecided. We targeted their districts, sent the names and phone numbers of the local senators, and encouraged our users to call their senators and tell them to say yes on the bill. I don’t know whether we made a difference or not, but a lot of people don’t know who their local senators are, so we tried to make it easy for them to do something.

The interesting thing about technology and services is that there’s constantly a pressure to add more features, to complicate it, and to address as many use cases as possible. One thing that we try to do is balance the simplicity with advancing the product. It’s a challenge to say “No” to our users sometimes. We have to figure out the problem that they’re trying to solve. Often, people will say, “Joel, I love this feature.” And the first question that I always ask, “What’s the problem that you’re trying to solve here?”

I’m more interested in what the problem is, and if the problem is big enough, then I’ll include that in what we’re doing as long as I can find a simple solution. What I want to try and avoid is an app that has so many features that it’s too confusing and complicated. One of the great things about Grindr is that it’s so simple and so intuitive. If you know how to use a smart phone, you know how to use Grindr. That’s really important.

7. What was the most important thing you learned in school?

8. What is one goal—either personal or professional—that you would like to accomplish during your lifetime?

On the personal side, I would say to have children. I don’t have kids right now, but I would love to one day. On the professional side, I’m very happy where the business is, and I would love to see it continue to grow. One goal is to keep helping on the gay rights side. Helping the men and women—especially those outside of the U.S.—who live in a climate of fear and can’t be who they want to be. I’d like to try to figure out how to help those people. “Grindr for Equality” is a start, but it’s just a drop in the bucket.

I just finished the Steve Jobs biography [by Walter Isaacson], and I enjoyed that. One thing I’ve learned is that Steve Jobs was very much his own person. He had his own viewpoint, and he knew what he wanted. He didn’t let anyone stop him from doing what he believed. I really admire that. He made it happen. It’s just remarkable to see that and to see someone who pushes ahead. There were a bunch of stumbles, but he came back. He figured it out, and that’s remarkable.

I’m obsessed with my sleep cycle. I have an app called Sleep Cycle on my phone that I use, and what you do is you put your phone on your mattress, and it uses the accelerometer to measure how much your bed is moving. Based on that, it can tell what part of your sleep cycle that you’re in. It’s also an alarm clock. It wakes you when you’re in a lighter sleep mode, and the idea is that when you wake up, you won’t be as groggy. It also tells you the quality of your sleep, so I can measure variables like whether I worked out that day, and then I can try to correlate that to the quality of my sleep. I’ve been doing that for years, and I love it.