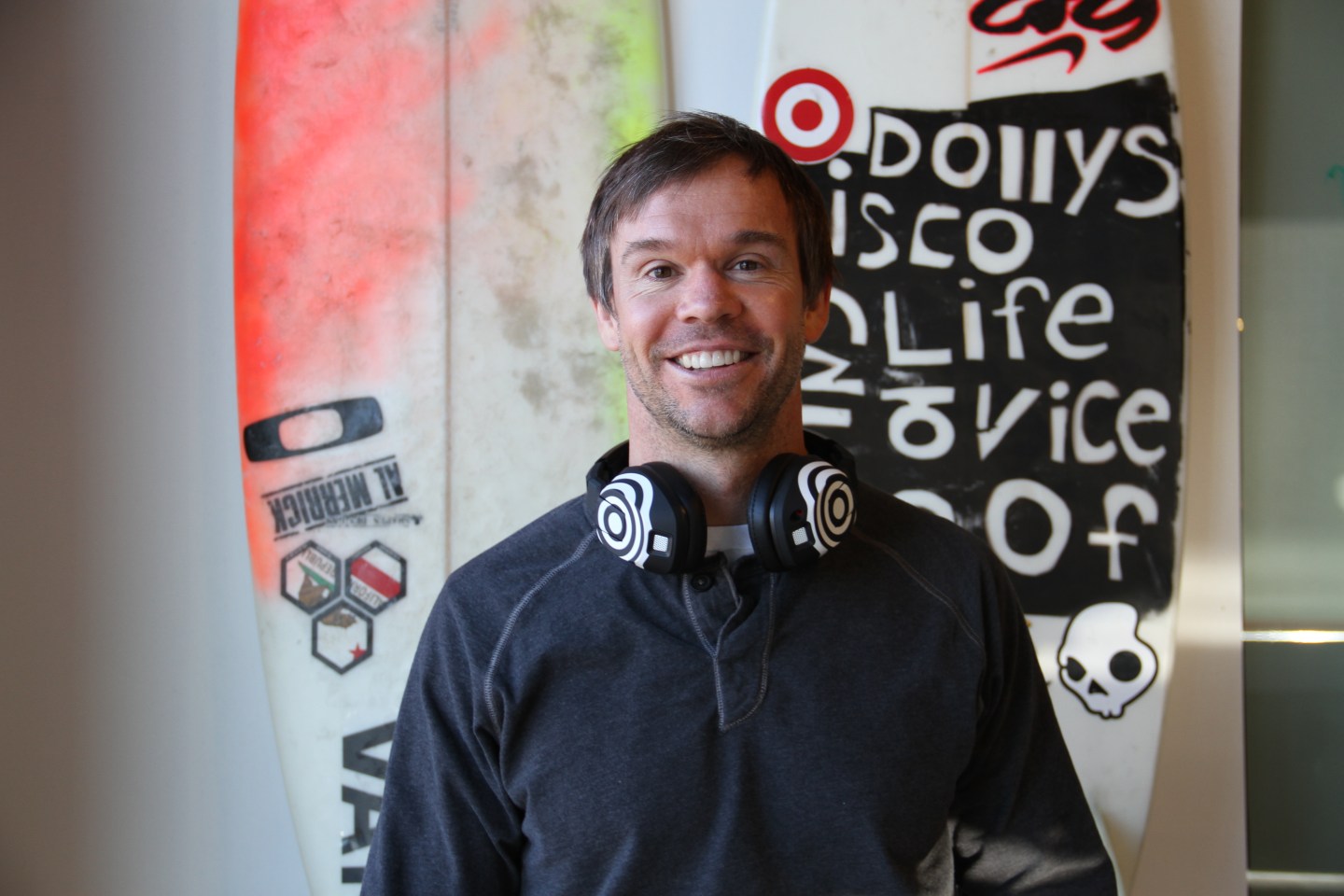 When he was in college, Hoby Darling sustained a knee injury while playing football. Today, he thinks it’s probably one of the best things that ever happened to him. Originally from the small town of Cashmere, Wash. (population: 3,145), Darling aspired to be a high school teacher and coach. It wasn’t until after his injury that he realized he was meant for something bigger.

He returned to school to earn a bachelor’s degree in history. Then he enrolled in law school at Northwestern University. After graduation, he became a corporate strategy lawyer at the Volcom apparel company, where he rose through the ranks and worked on international e-commerce products. He enjoyed the business aspect of his work so much that he went back to school to earn an MBA in a joint program between the University of California, Berkeley and Columbia University.

After six years at Volcom, the company was acquired by PPR (the French luxury goods company that owns Puma and Gucci). Darling left to work as a general manager for Nike+, the digital innovation group of the U.S. sportswear company (NKE). Soon he received a call from Skullcandy, the Park City, Utah-based company known for its colorful headphones, asking if he was interested in becoming its chief executive. In March 2013, he said yes.

I think about technology and innovation together to some degree. Although it’s not usually thought of as a technology company, I’m going to say Nike and its president Trevor Edwards and its CEO Mark Parker. Nike does a great job of obsessing around the consumer and combining technology, innovation, and design. [Trevor and Mark] are both people I look up to. A lot of technology companies build products and then try to find a consumer for them. Then there are those companies like Nike who are very consumer-oriented and try to take the friction points away from products.

Besides Nike, the cheat answer would be Apple (AAPL), but I would actually go a different direction and say Zappos (AMZN). It’s not necessarily the technology that they bring; it’s about their people and obsession on the consumer. When you look at great companies that we want to emulate, putting the consumer and people at the base of the pyramid is something that is essential and something Zappos has successfully done. You can take that across industries.

That’s an easy one, being in the audio space. The things that are going on around audio are super exciting. I think there is a lot of innovation we can help drive that will help people live better lives and better unlock all that we are capable of from a human performance standpoint. If you think about your five senses, vision gets most of the bandwidth has had a ton of technology, like Google Glass or even just better theater and television experiences. No one’s really pushing audio, though, but as we know from a lot of studies, audio is how a lot of people learn the best. The part that really excites me, having been a former athlete and thinking about performance, is that we’re learning so much about how our brains are affected by music and other audio inputs. Whether that’s to perform better, longer, or with more concentration, audio innovation is going to help unlock a lot of human potential.

I think the greatest thing that I’ve learned—coming from a small town, where my ambition was to be a history teacher and a football coach, and then living dreams that I never really imagined—has been that, when something excites you, follow it. Two things that I think have worked for me have been to follow opportunities and be willing to take a risk. When you decide to go for them, go with everything you’ve got. Never worry about getting knocked down because you can get back up—and you have to learn how to do it over and over again.

My football coach in college always said to be a tough-minded optimist, and it was that belief that you can have any success if you are willing to work hard enough. You should be tough enough to run through a wall and not let other people slow you down if you believe that what is on the other side is great. I love that idea. Believe that you can do it. Don’t let anybody stand in your way.

6. If you could have done anything differently in your career, what would it have been?

Probably be in the moment a little bit more. There have been so many fun times where you accomplish something and then you think, “Go, go, go.” And instead, you should live in the moment and think, “Look at what we we’re able to do!” and enjoy it before moving on.

7. What was the most important thing you learned in school?

As a small-town kid, I think the biggest thing I learned was that if I worked hard enough, I could do well no matter where I was. I started at a small town high school, then I went to a regional college, and then I jumped to Northwestern, one of the best law schools in the country. Then I got into business school at Berkeley and Columbia. I don’t think I was ever the smartest guy in the room, but I could outwork just about anybody.

8. What do you do to live a balanced life?

There was a great article in the Harvard Business Review recently about this subject, and I read it and reflected about myself and what I agreed and disagreed with. I came to the realization that if you want to be at the very top of your game, you’re never going to have a balanced life in the typical sense. Olympians never live a balanced life. The best of the best just are not balanced.

So I think the question is not necessarily how you live a balanced life, but instead, how do you live a happy and high performing life? And I think that the answer to that is, every moment that you are in, you should actually be in it. I work really hard, and every hour I’m at the office, I’m 100% at the office. As soon as I leave the office, I am 100% with my 4-year-old daughter, my 6-year-old daughter, and my wife.

I don’t think anyone who’s successful has a typically balanced life, and I am not even sure that would be fun and exciting. It is more about making sure that when you are doing things that are important to you; you are 100% in the moment and finding ways to enjoy them.

The last full book I read was Turn the Ship Around! An admiral in the [U.S.] Navy named David Marquet wrote it. It was a book that our CCO gave me because when I joined Skullcandy, we were definitely in a turnaround, and this book is about this guy that takes over the worst performing submarine in the naval forces. He takes it from being the worst performing submarine with low morale to the number one performing submarine in the forces for a long time. It was all about empowering people and performing as a team. It fit so perfectly, and it was super inspiring. It wasn’t just about changing processes; it was about getting a team excited and believing in the future and each other.

I wake up every morning at 4:30 to do CrossFit. Also, I don’t like to comb my hair, so I always wear a hat.