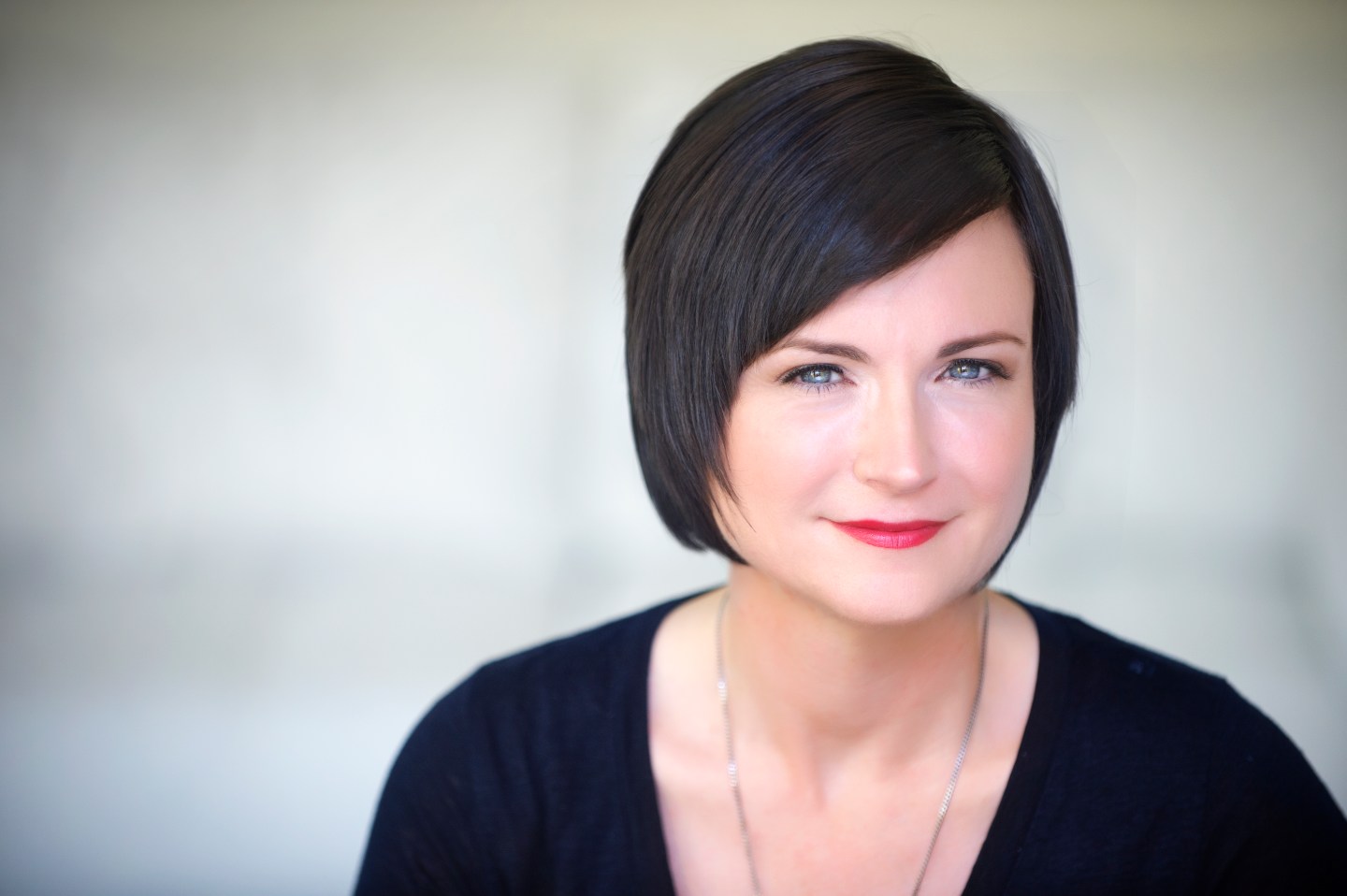 When Elissa Murphy was young, she got lucky. When she was in the fourth grade, she started to learn how to program computers as part of a pilot class at her school. Little did she know that it was a skill that would catapult her into arguably the most vibrant industry of the 21st century: technology. Early in her career, she held management positions at Symantec (SYMC) and Quarterdeck, where she worked on products. In 1997, she moved to Microsoft (MSFT). She stayed for 13 years and worked on products such as Windows Live.

Murphy made her way to Silicon Valley in late 2010 when she joined Yahoo (YHOO) as vice president of engineering. She spent two and a half years working on cloud services. Last May, she joined GoDaddy (DADY) as chief technology officer. She says she’s excited by the company’s mission to help small businesses.

I don’t know if I admire any single individual, but I admire traits in people. People who are creative and have unusual intellectual horsepower, who are noble, gracious, super thoughtful and creative about the way that they approach problems. Very rarely do you see people who combine intellect with intuition effectively, which is a trait that often sets people apart.

I like any company where they try to tightly adhere to the principle of form following function. Apple does that generally well, and there are also a few other companies that do it well. You never know what a company’s like until you’re in it, and so it’s hard to say whether I admire a company because it’s only what you’re hearing about them, instead of what the reality might be.

The technology that’s useful but no one’s thought about yet. What excites me about technology that no one has considered yet is using technology to solve a really hard problem. That can be any sort of problem. I think about the exoskeleton suits that are currently being developed for paraplegics. The suits are for people who have lost access to their muscles and are now able to walk again. No one would have thought that possible. So I think about how we can take technology and apply it to an area that hasn’t been thought of, and how we can raise the bar to solve problems never considered solvable.

There have been a few anecdotes that people have given me that have resonated. When I was at Quarterdeck, I had taken this new job, which was a big promotion and I had meet with the chairman of the board for an interview. He had an hour to meet with me at the Red Carpet Club at LAX. I was pretty nervous.

We had this conversation and he said, “You know, Elissa, I think of my career not as any one point, but that I’m trying to get up a mountain. If you think of Sisyphus, he would try to push a rock up a mountain all by himself, and it was always roll back on him. Over my career, I meet folks who help me push the rock up a little bit further, and that’s what is critical to success—the group of people you assemble. When I’m at the end of the career, I can look back and see what we’ve jointly accomplished over the entirety of our careers together.”

So, from that, I’ve learned to treat relationships over the long term. You shouldn’t think of a relationship with someone as any “single job.” It’s over the course of your career, and sometimes you have to bring people along or they bring you along. That single story he told me changed, or at least influenced, the way I approach work.

The one I’m working on now is really big. Our mission at GoDaddy is to shift the global economy toward small business, so if I can do that, it will be pretty big.

GoDaddy likely has the largest amount of data on small businesses. So how do we take that data and put it in the hands of our customers to help them run their businesses more effectively? How do we help small businesses get value from big data? For example, what makes a particular marketing campaign work better in a particular segment? One service we provide is “Get Found.” We collect information from companies like restaurant menus, hours of operation and location for others and help companies “get found” on the Internet easily. That’s a huge value for small businesses—and much of it is based on interesting applications of machine learning.

I don’t try to question or go back. You can’t change the past. I’ve taken a bunch of learnings and apply them moving forward. I don’t actually look back, and I try not to re-do or think about what I could have done. When making decisions, I try to look at the data and then factor in my gut. That way I don’t second-guess myself.

One of the things I really believed and learned early is to not limit the way you approach a problem to how you’ve been taught in school. In some ways, that is often a huge limiter (to assume the existing or easy solution is the best solution). In fact, when I look at a problem, I think, “What are the different ways I can approach it?” I push myself to think of ways that haven’t been thought of to solve it before. I think about what way of solving a problem will generate the outcome I want. I do approach most things in that fashion.

I’d like to make an impact on the world with technology. When I worked at Microsoft that was something that was asked during the interview, “What do you want to do? What motivates you?” It’s generally a consistent goal that people had there in the early days.  I’ve had that goal since I was in fourth grade and first learned to program.

I read a lot. I run occasionally. I ride my bike to exercise. I love technology, so I actually spend a lot of time outside of work with technology. I particularly love design. I’ve spent a lot of weekends going through design magazines, especially ‘50s, ‘60s mid-century design where often a core design principle was that form followed function.