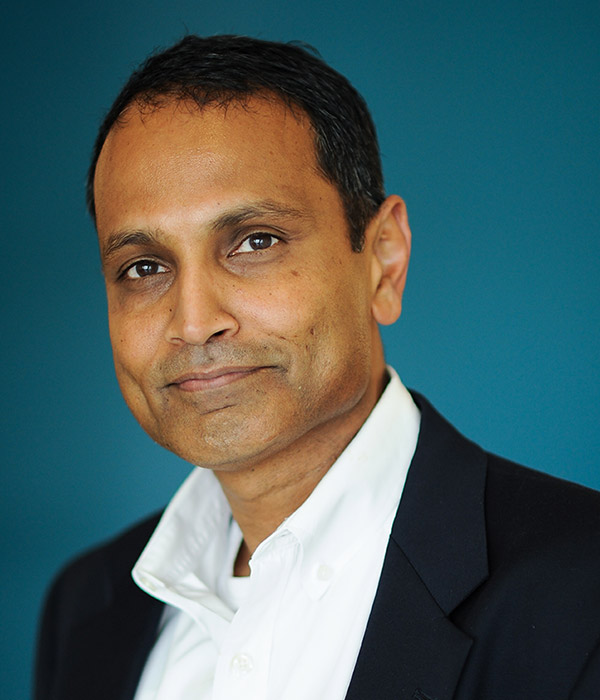 Vineet Jain’s path to becoming an entrepreneur is something of a tech industry archetype. It’s the one, according to Jain, “where the immigrant with starry eyes goes to Silicon Valley.” Jain grew up in India, where technical fields are highly competitive. He found himself drawn to mechanical engineering, and earned a bachelor’s degree at the top-tier Delhi College of Engineering. Faced with a choice to pursue a career in information technology, manufacturing, or sales/marketing, Jain chose IT—he wanted to spend his time programming.

Though Jain briefly moved to the United Kingdom, it wasn’t long before he was drawn to Silicon Valley. In time, he started his first company, a supply chain software company called the Valdero Corporation, where he learned some humbling lessons about entrepreneurship. (The company sold to One Network Enterprises in 2005.) Jain’s next project was an enterprise cloud storage company called Egnyte. Today, the 8-year-old company—which has more than $60 million in funding from investors like Google Ventures and Kleiner Perkins Caufield and Byers—is scaling up and pulling in between $25 million and $35 million per year.

I know this sounds like a cliché, but I think that the Google guys are just fantastic. The founders are absolutely brilliant for the fact that they found the mother lode in search and keep finding ways to grow that business. They take small percentage of those proceeds to fund oddball projects like Google Glass. And their amazing ability to hire talent—the accumulation of brains in that company is unsurpassable. And on top of that, financially they’re so smart with their controlling rights by creating different classes of Google shares. Google is phenomenal.

The thing I find fascinating is that we are in such a connected environment where everything I do can be captured into some kind of a data point. I’m not talking about just surfing the web or my mobile usage. Imagine a world where say I just came back from a meeting, walk into my office, and boot up my laptop, and the browser searches things for me from my meeting because those topics are fresh in my mind. I think it’s amazing that the environment around me can be customized based on all of the data inputs that have already been made around my persona. The question is how can it make me more efficient and make my life more fun? There’s no single product out there; everyone’s addressing different parts of the problem. People have concerns about privacy, but in reality, there’s no privacy. So don’t worry about it.

The things that you absolutely need to have are perseverance, a level of foolish optimism, and a very strong self-belief. Entrepreneurship is not for people who are too analytical or faint-hearted. A lot of things will go wrong and regularly. But how quickly can you move past it and rationally address the problem while keeping morale high. To build a company, no matter what you’re doing, you need to have the perseverance to say, “This too shall pass.” Every day is a different day. There are moments where I think, “What am I supposed to do?” And you just have to let problems simmer, and of course, talk to your advisors or try tackle the problem head on, but sometimes you just have to let it slide by.

Mike Maples—my early investor, friend, and board member, and whose advice I take on a regular basis—once said, “You have arrived as a CEO when you walk into your staff meeting and every exec is smarter than you, and one or two could take your job and you don’t feel threatened about it.”

Right now, we’re in a space that’s still evolving, and the biggest project I’m working on is how to pivot the company to penetrate more in the enterprise while keep growing the SMB [Small-Medium Business] segment which is an area that continues to grow beyond belief. Living in this duality is challenging and require careful calibration of marketing and sales.

When it comes to scaling, there is a mnemonic for seeing the life cycle of a startup: 5, 20, 50, 100, and beyond. These are revenue targets [in millions of dollars], and for the leaders who take you from one level to the next level, 50% are not capable of taking you to the next level. It doesn’t mean that you necessarily fire those people, but you have to be dispassionately looking at either upgrading the team by bringing in more senior people or replacing them.

For any company you ask, you’ll find that the basic mistake all of us make is that we hold on to some people for too long. I know this will sound very negative, but I wish I had fired some people a lot earlier than I fired them and replaced them with the right people. We hold on to this human hope that, “This person can do it. They’ll turn it around.” And that’s the biggest mistake.

I studied mechanical engineering, and the amount of work they put you through is intense. The heat in north India lasts for five months, and it’s worse than Arizona. So I think the ability to grit it out and be able to do everything where you hardly have resources—I would take public transport with a monthly bus pass that cost 25 cents, and my engineering school fees was $3 per semester, makes you learn how to appreciate things and thrive, without getting getting too attached to material possessions and yet does not make me any less ambitious. Imagine my confusion when I landed in the U.S. in November of ’93 and went to L.A. Someone said to me, “The smog here is so bad.” I looked around and could not see it! Coming from New Delhi where pollution level is not any better than Beijing or Shanghai, I just could not fathom that question. It’s all relative.

My goal right now is to create a successful product company, where most importantly, the customers love the product, and we create great value for all our stockholders—both common and preferred. As an immigrant, my gratification will come from people saying, “Vineet Jain built a successful company called Egnyte and the product endures for a long time.”

I like structure and organization. When I see magazines lying around, I have to straighten them. When I come back from a trip, I like coming back to a tidy house. I like things to be clean and organized and minimalistic.