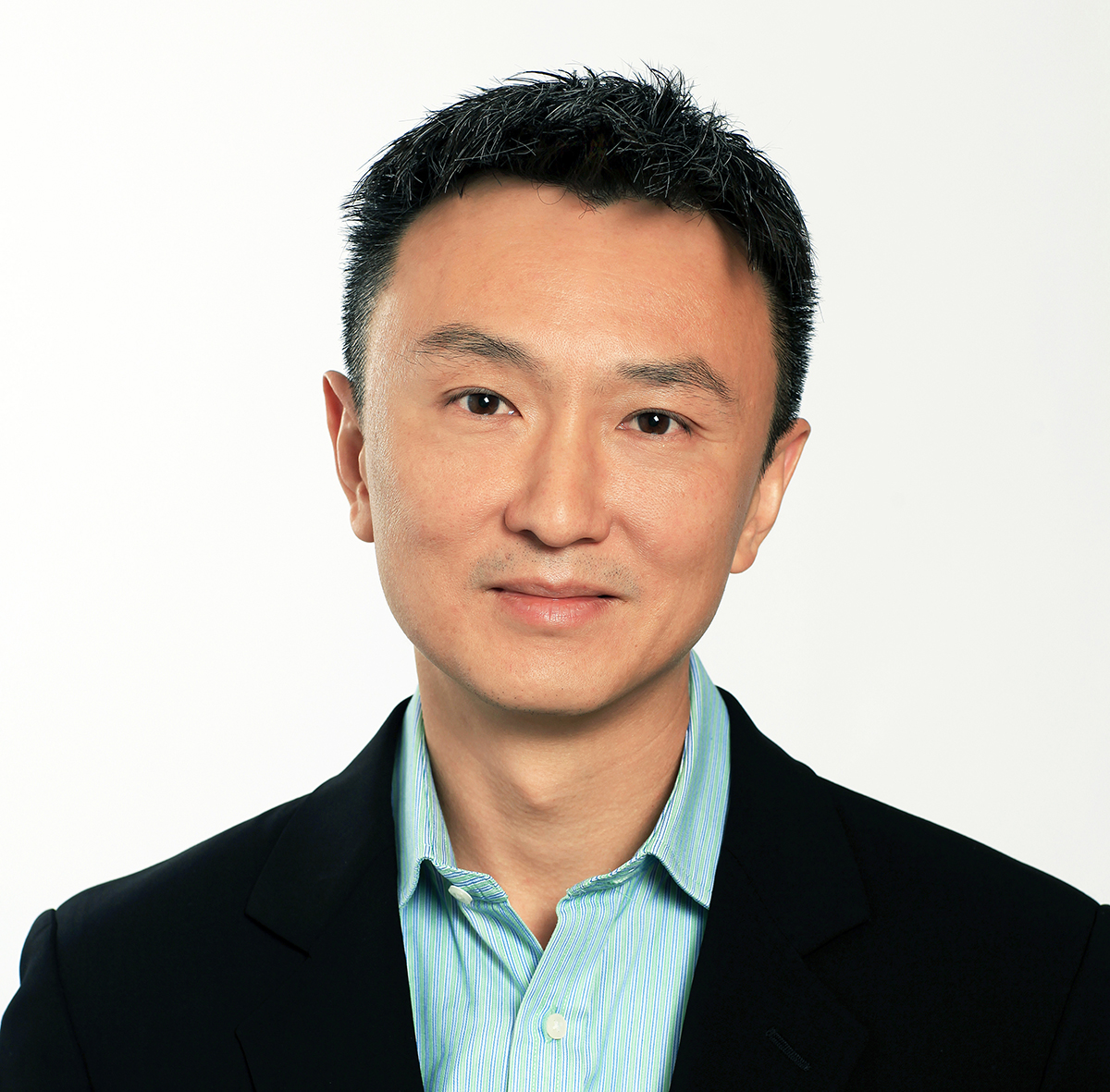 In the 1970s, Tien Tzuo’s parents immigrated to the U.S. from Taiwan and promptly settled in Brooklyn. He recalls the place differently from the hipster paradise that it is today: It was a borough of mostly immigrants and some gangs. (As a child, Tzuo was mugged twice.) But he found his way to Cornell University, where he earned a bachelor’s degree in electrical engineering. While in school, Tzuo realized that he had a passion for building software applications. He went to work for Oracle (ORCL) for the next six years.

Tzuo left Oracle to earn his MBA from Stanford. He eventually landed at Salesforce.com (CRM), where he stayed for nine years and became the company’s chief marketing officer and chief strategy officer. In 2007, he set off to start his own enterprise software company, and today, he runs 350-person-strong Zuora, which aims to help businesses like Box, Zendesk, Dollar Shave Club, and Docusign manage their subscription-based services. Naturally, Salesforce.com CEO Marc Benioff is an angel investor.

It’s not one person. I try to draw inspiration from any number of people, but one of the people who has influenced me is Marc Benioff. I worked with him for nine years. He taught me a lot of what I know today about strategy and marketing. To be able to be at his side as we built Salesforce.com was an amazing experience, and I learned quite a bit. Marc is also just a genuinely good person. A lot of founders just aren’t that nice; but Marc is generous and has a great big heart.

If I were to start a company today, it would definitely be a mobile-only application. I look at the way my kids interact with technology. My 4-year-old’s ability to use smart phones and tablets far, far exceeds her ability to use a computer. The future is going to be these devices. It’s hard for those of us who are adults to imagine what will happen if we don’t have devices with keyboards anymore, but that’s where innovation is going and that’s where technology is going to be in five years.

People think that success and innovation comes like a flash. You’re Isaac Newton, and you’re sitting below a tree. An apple falls on your head and boom: You have all these ideas about physics. Or you’re sitting around your house and have the idea for Dropbox, and the next thing you know it’s worth $1 billion. People seem to look for that “flash,” and it doesn’t work like that. We’ve all been with some friends, perhaps sitting around a diner, saying how about this idea, or that idea, and they’re hoping that during the course of a meal, they’ll come up with the next Dropbox. It just doesn’t work like that. You have to go and pursue an idea, and you have to work it out. It takes a long time. You plod away at something, and you try to go deep, immerse yourself, and learn. You try to take these leaps, and eventually, you hit upon your breakthrough.

My biggest advice is to find the environment where you can immerse yourself and work it out. Our idea for Salesforce came because we were all in the enterprise software industry, and we were all struggling with the limitations of software in the age of the Internet. So we spent the next decade figuring out what that really meant. We’re trying to do same thing with Zuora with a business model built on the subscription economy. In fact, I believe success is only 30% based on you and 70% based on the environment you work in. People don’t think that way–most people think success is 100% due to themselves. So, pick your environment, pick the company, pick the people you work with, pick the neighborhood, and pick the area. Because that’s where you’re going to get the opportunity to submerge yourself and to work out your big ideas.

I remember way back in ’07, when I was toying around with ideas, I went to a few mentors of mine. Now, I wasn’t one of these guys that said, “I’m going to be a CEO one day.” But I had this idea that was going to require me to leave my company to be a CEO. So I sought out my mentors and asked, “Do you think I’m ready?” A good mentor of mine said, “You’re absolutely ready.” Seeking mentors that give you advice to push you beyond your comfort zone is the best way to go.

We make it really easy for companies to do what they want to do in a subscription economy. We make it easy for them to set a price and to participate in commerce. The next thing I would love to tackle is giving them more intelligence. We’ve been [running our subscription platform] for six years, and we have a lot of transactions in our system. We haven’t been taking advantage of it yet. We’re in a day and age where it’s all about big data and analytics. We have all the data and give it to customers so that they can do they’re own analytics, but I think we can do a much better job telling people, “Hey, based on our analysis, here’s a pricing plan that would suit you better.” Or, “Hey, based on our analysis, we think that these are the customers that you can upsell and increase your revenues by 10%.” I think we can do a much better job of that, and our customers would find that really valuable.

Companies go through different phases. We’re about 350 people now, and I’d say the first $10 million in revenue, the first 150 or so employees, it’s about trying to figure out this company. What is the product market? What is your value proposition? How do you price? How do you sell the thing? How do you get customers to use it? Our next big milestone is $100 million in revenue, so at this size and scale, it winds up really being about people. How do you bring people into the organization? Where are the great players that see your company as the place where they can grow and develop themselves to the best that they can be? How do you keep them all aligned? How do you make them work more independently?

We have this phrase in the company: We have one CEO, but we have 350 “ZEOs.” We like putting “z” in front of everything. But how do you have 350 ZEOs who feel empowered, and point them all in the same direction? That’s one of the big challenges of our scale. We hope we can continue on a track to keep doubling every 12 to 18 months. We want to be 1,000 people in the near future. But how do we put in a structure to have us all work together so that we don’t cave in on ourselves? That’s the biggest challenge we have right now.

I do a lot of international travel now, and I always thought it would be good to work overseas for a couple of years. I had a couple of opportunities to do so in my career, and for various reasons, usually personal ones, I didn’t choose to take it. But I think in today’s world, where the world is much smaller, technology is spreading much faster, and you have to have an international perspective. I just did this trip through Asia, and their use of mobile phones and mobile apps actually exceeds what we have here, even in our Silicon Valley bubble. So I would encourage people today to move around internationally. Try to work in different places because I think you need perspective going forward as opposed to have a U.S.-centric view of the world.

I’d say there are two things. I was an electrical engineering major. I can’t say that I liked it, and that’s why I’m not an electrical engineer today. I remember learning this while having to take weed out courses in my sophomore and junior years: What it taught me was that you can do anything if you put your mind to it. That was a really important lesson. You become less daunted about things. I think as we grow, we get so used to being in our comfort zone that we lose the ability to tackle new things.

Now that I have a 4-year-old, and I see the opposite, where she’s tackling everything, I think the idea that you can learn anything is really important. The second thing is that when you go to business school and you learn about accounting and such, that’s all nice, but the big lesson in business is that at the end of the day, it’s all about people. It’s the organizational behavior classes are really important. Stanford has this class called “Touchy-Feely,” which is all about interpersonal dynamics. You learn about how you impact people and how people perceive you. It was a great class because in the end, it’s all about people; it’s all about relationships.

I’m actually very different in my personal life than in my professional live. At work, I’m very directed, very goal-oriented. When I’m not focused on work, I prefer to go with the flow, go where things take me. These days I have fun hanging out with my daughter. What I try to do is to let go, not dictate structure or goals, and just hang out with her. Whatever she wants to do, we’ll go do.