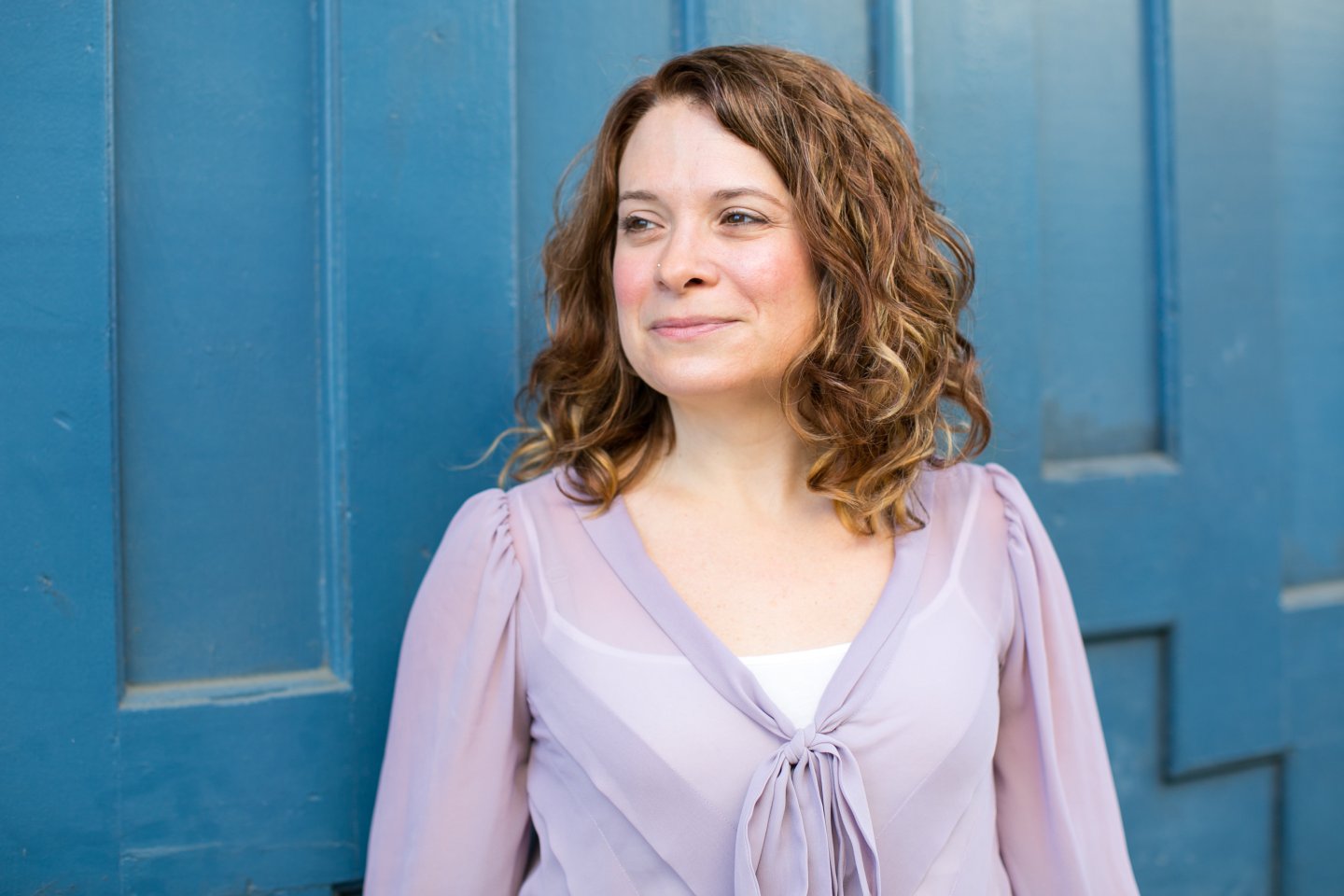 Erin Decker describes her career path as “meandering.” Originally from the Midwest, Decker earned a double bachelor’s degree—a B.A. in German and a B.S. in accounting—from Indiana University Bloomington and moved out to the San Francisco Bay Area shortly after school.

After a series of accounting positions, Decker found her calling in non-profit and corporate sustainability work. She had always considered herself to be an environmentalist, but when she heard Al Gore deliver his An Inconvenient Truth presentation, she went all in and decided to attend the Presidio Graduate School to earn her MBA in sustainable management.

Today, Decker manages sustainability initiatives at Salesforce.com (CRM), where she and her team help set the company’s environmental strategy and keep employees engaged in making sustainable decisions. The team also tries to find to ways to measure environmental impact on the operations side.

1. Who in sustainability do you admire most? Why?

I really admire the people who have paved the way in corporate sustainability. They built the practice as we know it. But when I think about whom I admire most, I’m really moved by the people who have broadly changed the discourse in the public around sustainability. What Michael Pollan has done for the food movement has been really impactful. Also what Al Gore has done for climate change—even though he’s less of a figure now—was really personally impactful.

Unilever (ADR) immediately pops to mind. They’re a huge company with a really complex supply chain, and they’re pushing hugely ambitious things with sustainability. They are looking at sustainability holistically across their company, they’re engaging in policy, they are working in collaboration with their suppliers, and that’s really impressive. A smaller company that I love is Method, the cleaning product company. They don’t lead with a sustainability perspective. Method succeeds because they’re innovative from a design perspective. But behind that is a highly sustainable company that cares about protecting health. This approach is what it will take to make sustainable products more mainstream.

3. Which area of sustainability excites you most?

I’m fascinated by biomimicry. It’s not a new thing, though the term is fairly new. Biomimicry means looking to nature for inspiration to solve our problems. It posits that nature has elegantly solved many design problems, so humans should look at those solutions in our own processes. One of the most famous examples of this is Velcro. The guy who invented Velcro was hiking and noticed the burrs that stick on your pants, and he was inspired by that to create Velcro. There are many other examples, including the Japanese [Shinkansen] bullet train. It’s designed after kingfisher birds so that it moves more rapidly. It’s not just theoretical; there are real world examples. Every time I read about something new based on biomimicry, I get excited. The opportunities to solve problems with it are fascinating.

I get asked this question a lot, and I always tell people that they need to look hard within themselves and look at their temperament. Corporate sustainability is an incredibly rewarding job, but it requires a delicate balance between idealism and pragmatism. You need to be a person who has a lot of persistence, is tenacious, and who doesn’t get knocked down when people say no to you. That’s often part of the work. I encourage people to make sure they are prepared for that before they look at a role like mine.

A man I used to work for once told me that I need to stop thinking like such an accountant. What he meant was that I didn’t need to worry so much about conformity and to be more interested in challenging the status quo. Because I started my career in accounting, I really took that advice to heart. I see it as being incredibly useful in the work I do now, which is all about looking at the things we do now, and asking how we can do it differently. We need to not be scared of the past. He’ll probably never know this, but his advice was life-changing for me.

I’m in the middle of this, but I’m really excited to execute on Salesforce.com’s commitment to renewable energy. We already have a great efficiency story with our technology platform. It’s highly energy and carbon efficient compared to other technologies, but a year ago, knowing we could do more, we made a commitment to eventually being powered 100% by renewable energy. It’s a dynamic and exciting process, and it’s interesting for me to think about how we might replace the energy that we use with clean and renewable sources.

I wish I would have taken more risks earlier on my career. I took an environmental sciences class in my undergraduate studies that I really enjoyed, but I was on this very practical path to become an accountant. Obviously I’ve circled back to do something that I’m incredibly passionate about, but I do wish that “younger me” would have taken more risks to follow where my heart told me I should be going.

One of the things I learned at Presidio Graduate School that I still think about all the time is a framework for solving problems and thinking about the world called systems thinking. It’s about looking at human environmental interaction as a complex system with levers and inputs. So when solving a problem, rather than looking at the problem right in front of you, you instead step back and take a look at the whole system. You can think, “Where’s the lever that might be causing this?” It blew my mind when I read about it because it makes so much sense, but it’s also a really different way of looking at this incredibly complex world. I use a systems thinking lens in everyday life now, even when watching the news.

The last book I finished was an insight meditation introduction book. I’m about to go on a silent meditation retreat for nine days in Joshua Tree [National Park]. It’s my first one, so I wanted to get some background on what I’m getting myself into. It was great, so I’m feeling more prepared. I’ve been thinking more about Buddhism and being still and reflecting. [At the retreat], there’s a daily teaching, and every day or every other day there will be time to ask questions of the teachers, but besides that it’s just silent sitting meditation and walking meditation.

I have a bit of a completionism urge. Completionism is the obsessive desire to possess a complete set of something , like if you’re really into a certain musician and you want to get every bootleg copy of their recordings. Or if you collect comic books and you have to get every issue ever printed. I tend towards that a little bit, but I live in a San Francisco apartment, so I don’t want to collect stuff. It doesn’t align with my values. So I try to channel that into something digital instead of buying stuff. For example, right now I’m working towards listening to every single episode of the This American Life podcast.