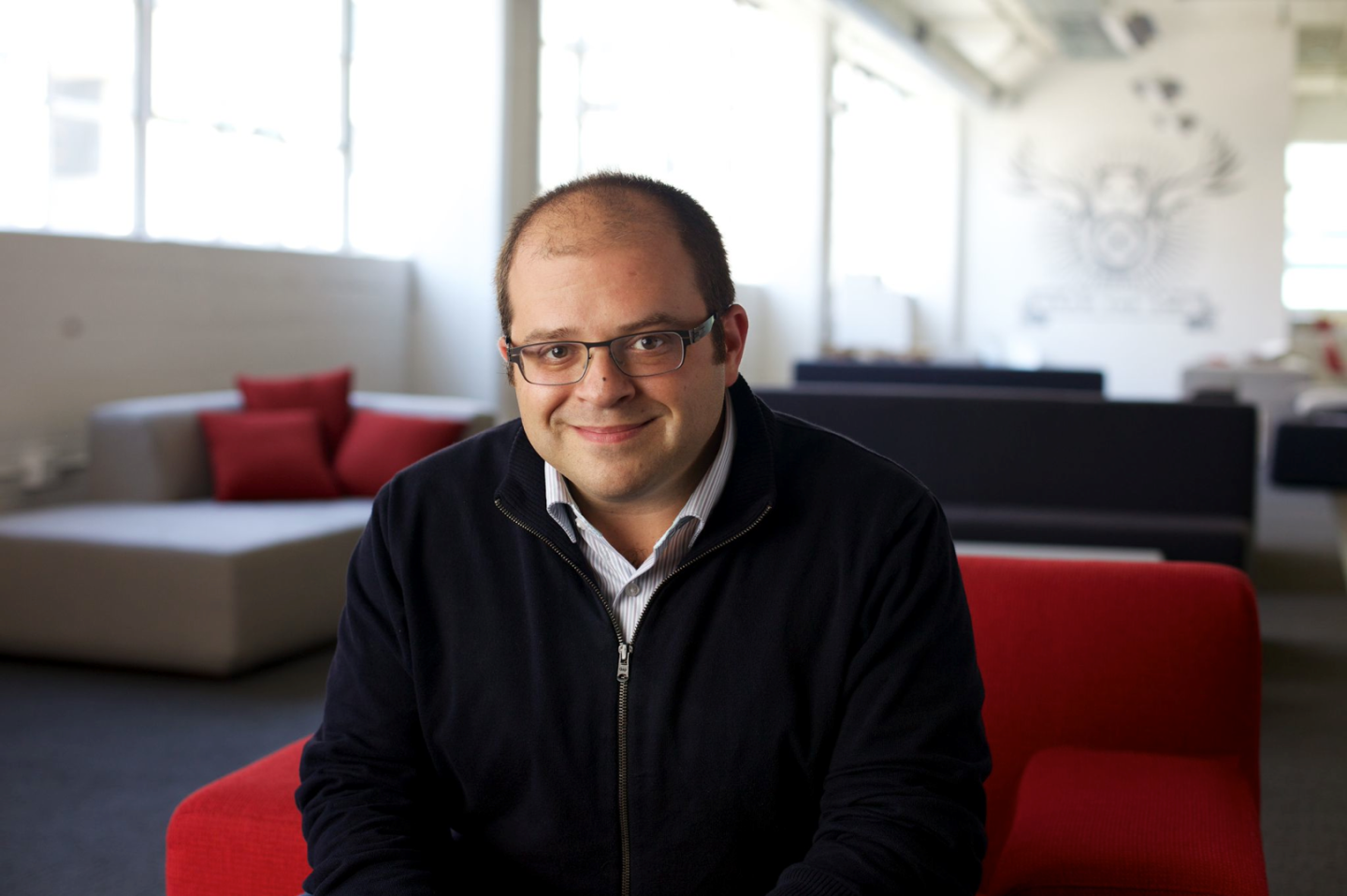 Growing up in the suburbs of Detroit, Jeff Lawson dreamed of working for Industrial Light & Magic, the pioneering visual effects firm founded by filmmaker George Lucas. But as he pursued degrees in computer science and film at the University of Michigan, he realized that he preferred the technology side of his studies. He briefly left school to pursue his first business venture, a website-building company called Versity.com. Things moved quickly after that: he moved to Silicon Valley in 1999, sold the company in 2000, and eventually became the founding chief technology officer of StubHub, the event ticketing company. After a year at StubHub, Lawson returned to college to finish his degrees. After graduation, he joined Amazon’s (AMZN) Web Services division as a product manager.

Then the entrepreneurial itch returned. In 2008, Lawson co-founded Twilio, a company that provides businesses with communication software. When the Home Depot acquired Redbeacon, a company that connects in-store customers with home improvement professionals, Twilio stepped in to help the company set up an automatic call center. When the Philadelphia Police Department and the Polaris Project sought new ways to alert law enforcement to criminal activity, Twilio set up a texting hotline for each organization. And when Coca-Cola (KO) needed a better way to tell its service technicians about broken vending machines, Twilio provided the platform to make it happen.

The company continues to grow quickly, and has some 300 employees in the San Francisco Bay Area. Lawson, 36, spoke with Fortune.

The easy answer is Jeff Bezos, but I’ll give you another name of someone I admire because he’s not someone that you usually hear about. His name is Charlie Bell. Charlie is the innovation head of Amazon Web Services. He’s someone who I’ve grown to admire, and I call him out because he is truly the innovative energy of Amazon Web Services. The magic of Amazon and what Bezos has created is a fabulous leadership bench and an amazing organization full of owners who are all hungry to build the next great thing, and Charlie is one of those people.

From a company perspective, Amazon. They’re not afraid to take risks, and if you look at the number of failures that Amazon has had, it’s actually a very long list. But that is a credit to them that they’ve overcome those failures.

The trend that you see now that I believe is the most exciting one is the ability for software to compute on more of the world. You can think about a lot of the trends that are going on in mobile and wearables, but the underlying trend behind all of it is the importance of what software can accomplish in the physical world.

The history of computation was first doing number crunching applications: taking data in and determining trajectories, like with census data. Then we did text, and you had keyboards and laser printers. Computers moved into the office and you had word processing and spreadsheets. Then you had audio and video, and you got things like MP3s and YouTube. The ‘50s and ‘60s were numbers, the ‘70s and ‘80s were text, the ’90s and 2000s were audio and video.

Now we’re in the next phase. It’s capturing everything else in the world and sucking it up into computers and seeing what problems we can solve, essentially because of smart phones. Sensors that are walking around in our pockets and connected to the Internet at all times are collecting more intelligence about what’s going on the world. You need those sensors and actuators, and once you have them, you can do things like hailing a car. A new realm of computation has opened up.

The first time I raised money to start growing my company, we weren’t sure about it. [My co-founder and I] were 21 years old, and the man who would later become our first angel investor said, “Would you rather have 30% of $1 billion, or 100% of $0?” It gets you thinking about scale. Our goal was to have an impact on the world with what we do, so we had to think big in order to get there and have that impact. You need to work with other people to get there. Do it like you mean it.

I think one of the biggest challenges when you’re growing fast is how to create an organization where everyone feels like an owner. Not just in the sense of everyone having equity—which they do at Twilio—but rather, how do they feel like what they’re doing is important to both the customer and the company? The default mode for many people is to want to be told what to do, because it’s easier. If the hard decisions are made for you, it seems easier, but in the long term, smart, motivated people do not feel fulfilled.

The goal is to have a mature culture in which ownership over the problems and solutions is in everyone’s hands in the company. You need to train, and you need to build a leadership bench, and you need to make sure that you’ve articulated those problems really well and made ownership clear. When you’re in the earliest days of your startup, you don’t have that problem. But now, with 300 employees, this is the time that you instill the culture. I don’t think you can take a 100,000 person company and retrofit it in. It needs to be built in from the ground up.

The biggest thing I learned is not to do things differently because we learn something from everything that we do. But I suppose I would have given a lot more thought to embarking on a company were I wasn’t viscerally engaged with what the product was. As an entrepreneur, you don’t necessarily need to be the customer. You can solve stupid problems if all you think about is the annoyances in your own life, but I think what you do need, regardless of what problem you have, is to believe that the world is a better place if you succeed in what you’re doing. If you don’t fundamentally think that and instead see it as just a market opportunity, you’re not going to be happy.

8. How do you live a balanced life?

I have a family, so right now, I’m focusing very hard on building Twilio and focusing very hard on building my family. I’m home for dinner every Friday night, and I try to be present wherever I am. I try to get understanding from all of the people around me. I’ll say, “During these hours, I’m going to be home, and I’m not going to answer my phone or text messages because that’s my family time.”

Similarly, in a meeting, I’m not going to answer text messages. The easiest thing for us to do in modern times is to multitask and not be present. So I think the best thing we can do to lead a fulfilling life is to be present at whatever we’re doing. Another thing I like doing is taking my car to the racetrack. With the speed and the sharp turns, I like the concentration that it requires.

Ben Horowitz’s The Hard Thing About Hard Things. There was a quote that stuck with me where he was talking about complaining, and he said that he realized that nobody cares. Not your employees, not your investors, not your board members, not your spouse. At the end of the day, it’s you. As the CEO of the company, you have to make hard decisions and you have to run your company. Nobody cares. It’s a harsh concept, but it’s true. Sure, you have support, but at the end of the day that doesn’t absolve you of the responsibility to make hard decisions and do things that are tough because that’s how you achieve something great. Nobody cares. It’s your job.

My socks never match. At one point in my life, I realized that I hated the process of trying to keep them paired up, and so I decided that I’m not going to. I reach my hand into the drawer and pull out two socks. I like to simplify and take that decision out of the day.