The public health organization that forecast 1 million COVID deaths in China says a ‘tripledemic’ could push the death toll even higher: ‘They never had a Plan B’ 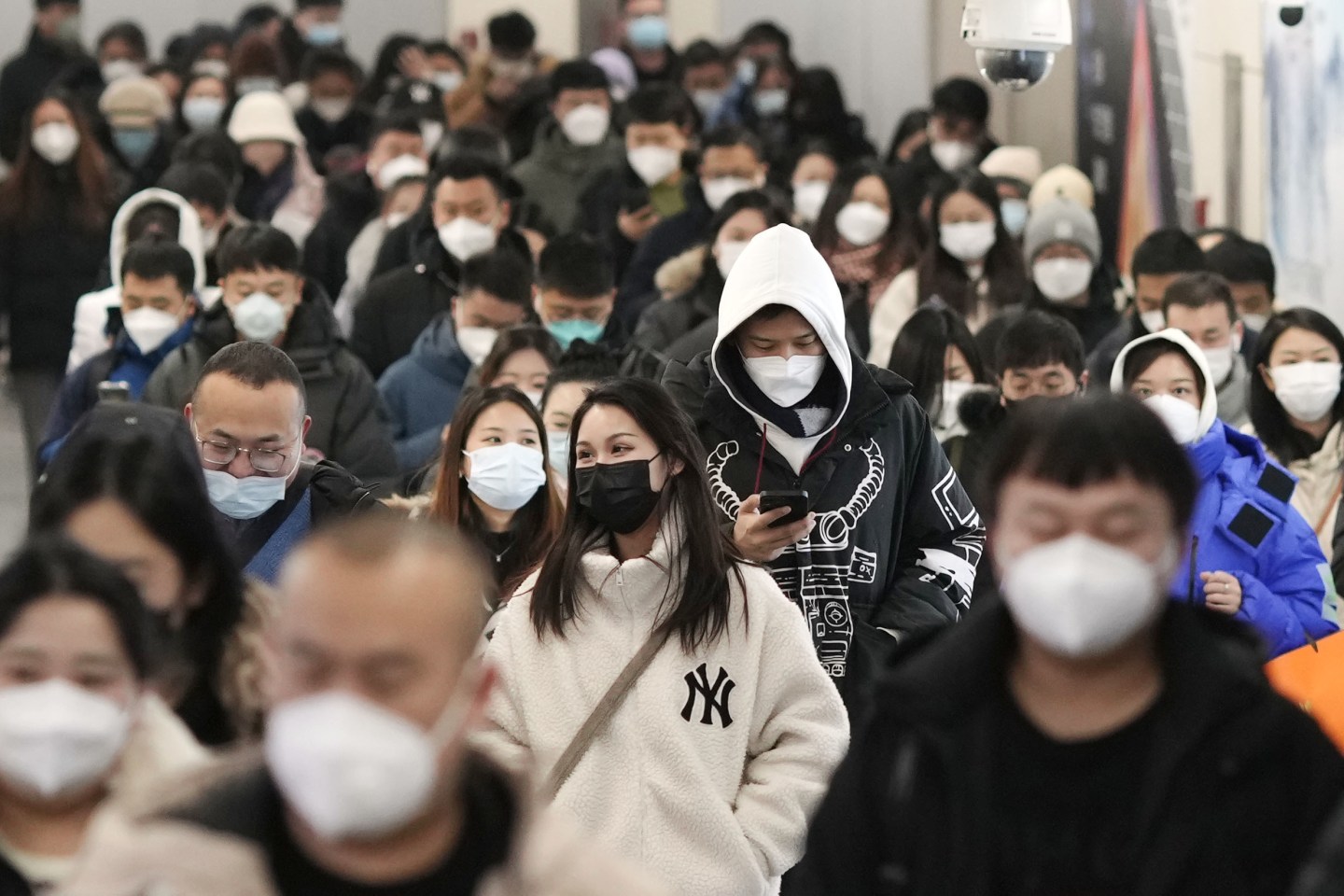 China could see as many as 1 million COVID deaths through the end of 2023. But an added “tripledemic,” like the U.S. is experiencing right now, could raise the death toll even higher, according to a major public health research organization.

The 1 million figure is from an internal report created by the University of Washington’s Institute for Health Metrics and Evaluation (IHME), predicting a worst-case scenario for the country as it moves away from the “zero COVID” strategy it has clung to for years.

But it doesn’t take into account other viruses like RSV and flu, which are hitting other countries especially hard this year, Dr. Ali Mokdad, a professor at the IHME and a former senior epidemiologist with the U.S. Centers for Disease Control and Prevention, told Fortune. Such pathogens could put the country’s already-endangered hospital capacity in further peril.

“We’re hearing reports that they’re seeing the same flu, that the flu came earlier,” Mokdad said. He added that the country doesn’t release data on the flu and RSV, and it’s unclear just how waves of additional viruses could impact the country’s death toll. “So, yes, they could have a triple-whammy with RSV and the flu.”

The country is currently experiencing a run on flu medications, Reuters reported last week, though it’s unclear if viruses other than COVID are contributing to the shortage.

A “triplededemic” of flu, COVID, and RSV is battering U.S. hospital capacity this holiday season. More than three-quarters of U.S. ICU beds will be occupied through Christmas—roughly the same number the country saw during the pandemic’s first holiday season, according to the Johns Hopkins Coronavirus Resource Center.

COVID cases, deaths, and hospitalizations are rising, U.S. health officials say—a winter surge compounded by the worst flu outbreak in a decade and a record-setting RSV season, in addition to high levels of other viral and bacterial infections. Europe is experiencing similar issues.

The IHME has issued global COVID projections four months out throughout the pandemic. But with the third year of the pandemic drawing to a close and incoming global surveillance data dwindling, it stopped issuing regular forecasts last week.

As the world battles wave after wave of Omicron infections, most countries have relatively high levels of population immunity from past infections and vaccinations. China’s population, however, is battling the same foe with virtually no immunity to the virus from either vaccines or prior infection. According to the IHME’s latest projection, China could see nearly 300,000 COVID deaths by April 1. The toll could climb as high as a half a million if the government doesn’t issue a social-distancing mandate, Mokdad said.

The country’s current COVID wave, its most significant yet, began in mid-November, likely fueled, at least in part, by protests that served as super-spreader events. The spike occurred just before the country let up on its “zero COVID” mandate. Though information out of China is limited and the government’s data questionable, the virus is reportedly challenging hospital capacity. That could mean excess deaths among patients with other medical needs who can’t get a bed, Mokdad said.

Mokdad warned that the current situation in China could mirror what happened in Houston, Texas, in July 2020, on a larger scale—when hospitals were forced to treat patients in emergency rooms, and turn away ambulances. A similar situation occurred in New York City in March and April of that year, when thousands died as overwhelmed hospitals tried unsuccessfully to cope with the onslaught of COVID patients.

“The hospitals were diverting patients because they couldn’t take care of people,” Mokdad said. “You allow the virus to spread fast and it will overwhelm hospital capacity, irrespective of how well prepared you are for it.”

While China’s strict COVID restrictions policy did a good job of containing the virus initially, Mokdad says Chinese leadership failed when they did not come up with a plan B. Leaders locked down the country for years, and when they let up on restrictions suddenly, around 80% of the population was susceptible to infection, he said.

The country should have “spread those infections out throughout the year and not allowed them to happen all at once,” thus preserving hospital capacity, Mokdad said.

Other viruses aside, the 1 million figure isn’t inevitable, according to Mokdad. It’s a worst-case scenario, if the country lets the virus “rip,” without interventions.

Use of antivirals like Paxlovid could reduce the projected April death toll of nearly 300,000 by about 50,000, and widespread mask usage by about 75,000 more, according to IHME figures.

If China strives to vaccinate the elderly en masse, allows the use of superior mRNA vaccines, mandates masking, encourages social-distancing, and the like, “mortality will be much lower,” Mokdad said.

“There are a lot of lives to be saved simply by masking and social-distancing in China.”