China dumping its draconian ‘zero COVID’ policy could come at the huge cost of rampant infections: ‘This will spread like wildfire’ 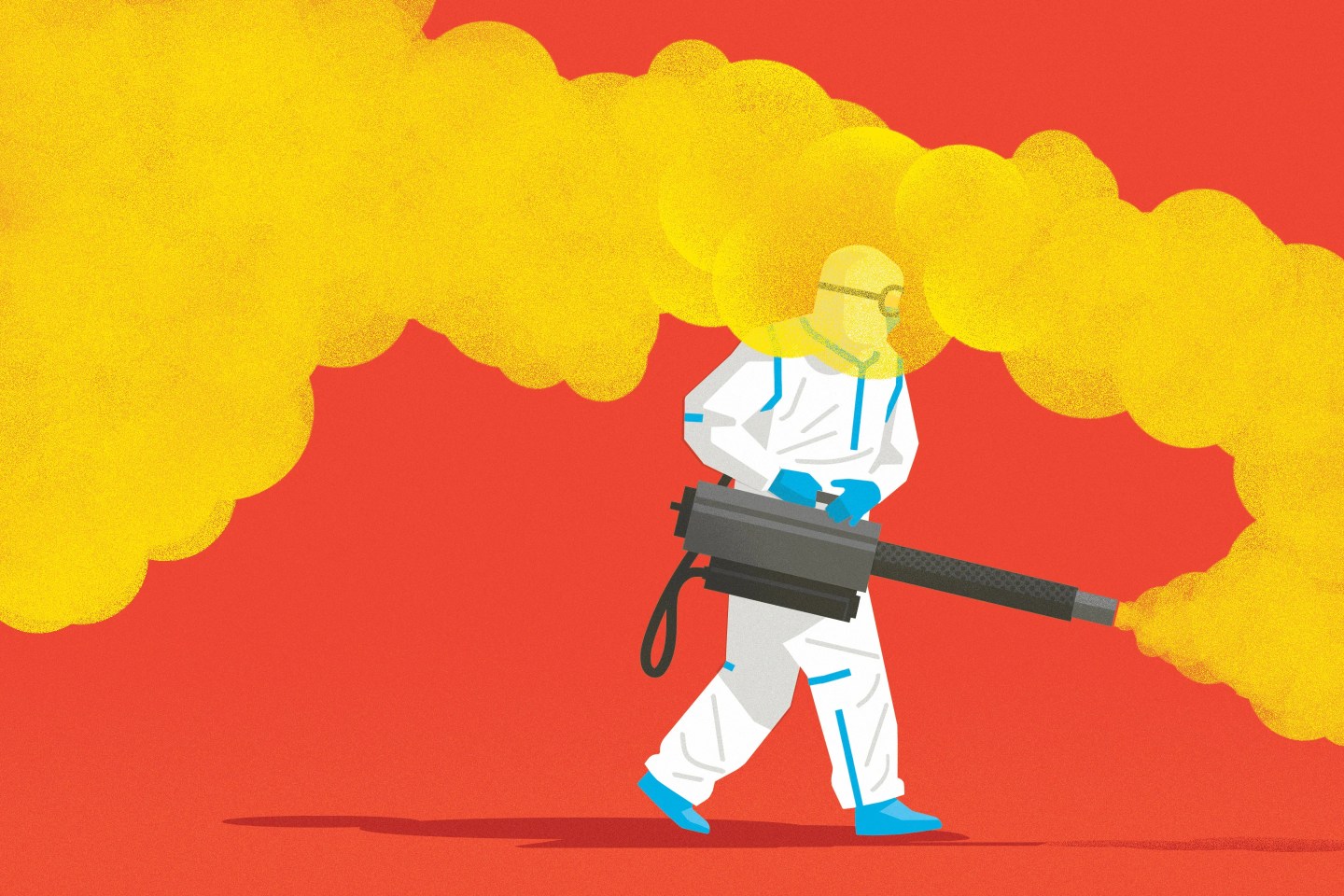 Three years into the pandemic, China’s zero COVID policy has left the country with no easy choices.

Reversing its infamous policy of lockdowns, as it signaled this week it may soon do, could create a wave of hospitalizations and deaths akin to what much of the rest of the world saw in the early days of the pandemic. And if it refuses to reopen, it risks a continuation of anti-government protests that recently swept across the country.

The trouble with a zero COVID approach, immunologically speaking, is that it’s not a policy that can be “switched off” with little or no consequence, experts tell Fortune. Due to the widespread lack of exposure—and, thus, immune response—to COVID among its citizens, low vaccination rates among the elderly, and the use of sub-par vaccines, China risks an explosion of COVID cases and hospitalizations if lockdown restrictions are loosened.

“Because of the continuing ‘zero tolerance’ policy, there is relatively little immunity from infection” in China, Dr. Daniel R. Kuritzkes—chief of the infectious diseases division at Brigham and Women’s Hospital in Boston, and a professor of medicine at Harvard Medical School—told Fortune.

When Omicron hit the U.S. late last year, it seemed relatively mild. But that’s not necessarily because the new variant is a tamer version of COVID, experts say. It was likely due, at least partly, to the fact that so-called hybrid immunity—from the repeat vaccinations and infections of the masses —blunted the variant’s severity for most.

For a country like China—“especially with a lot of vulnerable, under-vaccinated” elderly—”a variant that’s relatively milder everywhere else could wreak havoc,” making it feel “like 2020 again there,” Ryan Gregory, a professor of evolutionary biology at the University of Guelph in Ontario, Canada, recently told Fortune.

The end result could be “hundreds of millions” of infected Chinese, Dr. Ali Mokdad, a professor at the University of Washington’s Institute for Health Metrics and Evaluation, said.

“If you look at the numbers, only about 25% of those in China have immunity against Omicron,” he told Fortune. “If they open up, 75% of the population is going to get infected. They cannot handle the explosion in infections and hospitalizations.”

Since the early days of the pandemic in late 2019, China has been seemingly frozen in time, in a scenario eerily reminiscent of the country’s response to the lethal SARS pandemic in 2003. While China’s initial response to COVID—involving quarantines, snap lockdowns, and mass testing—was “much more draconian and stringent than any response taken in Western countries,” it was “largely appropriate,” said Kuritzkes, who spent a significant amount of time in China before the pandemic.

For the most part, the anti-COVID effort “was clearly effective—at least as far as we know from the data that’s been reported out,” Kuritzkes said.

China has seen just under 10 million cases, if data from its government is to be believed. The total dwarfs the nearly 100 million recorded cases in the U.S., widely considered to be an underestimate. And China’s official COVID death toll—30,388 as of Saturday, according to the World Health Organization, which includes Hong Kong, Macau, and Taiwan in the total—is a mere fraction of the United States’ 1.08 million.

Even before recent anti-zero COVID demonstrations in China, new daily reported cases there were rising quickly. On Saturday, nearly 37,000 new infections were reported nationwide, up from 2,481 on the same day a month prior, according to data from Johns Hopkins via Our World in Data—even as the country remains in zero COVID posture.

In recent days, Chinese public health officials have signaled that they may loosen COVID restrictions due to “decreasing toxicity” of the Omicron variant, CNN reported. Mokdad, however, cautions that the Chinese may only be making such statements in a bid to squelch demonstrations, and that they may not plan to follow through with them.

Given that the country has already seen a sharp recent rise in disease spread, it’s unclear what comes next for China—with or without a policy change.

“Quite honestly,” even if China begins to reopen, “they’re going to shut down as soon as they see an increase in mortality, and that would be justified,” Mokdad said.

The upside of a zero COVID approach is obvious: limited infections, if all goes well. The downside: The virus will never be eradicated, experts say, and nobody becomes immune—“unless you have, in parallel, implemented a program to offer highly effective vaccines to a great majority of the population,” Kuritzkes said.

China has vaccines it created domestically, but data on their effectiveness is lacking. Experts nevertheless consider them to be inferior to vaccines like Moderna and Pfizer, used in the U.S., U.K., and many other countries.

In an interview with the Washington Post on Thursday, Dr. Anthony Fauci, presidential physician and outgoing director of the National Institute of Allergy and Infectious Diseases, said regarding China that restricting the movement of citizens can be useful “until you can get your population in totality vaccinated—particularly the highly vulnerable elderly individuals.”

“That’s not what happened,” he said. “The vaccination of the elderly has not been well performed, and the vaccine they have has been not a particularly effective vaccine. So it kind of defies the principle … that if you’re going to do something as draconian as that [the lockdowns], do it for a purpose—an end game.”

The Sinopharm vaccine—among the main COVID jabs offered in China—is approved by the World Health Organization. But a trial found that it’s only 79% effective against hospitalization—and it only examined people younger than 60 without pre-existing health conditions, mainly men, according to the international health organization. Both Pfizer and Moderna mRNA vaccines were initially reported to be more than 90% effective at preventing symptomatic infection.

“A lot of people are susceptible to severe disease [in China], and that’s mainly a function of the Chinese government not allowing mRNA vaccines,” Dr. Amesh Adalja, an infectious-disease specialist and senior scholar at the Johns Hopkins Center for Health Security, told Fortune.

Mokdad argued that the West should provide mRNA vaccines and antivirals like Paxlovid to China, regardless of its wealth, during this pivotal time of increased COVID circulation in the country. Doing so, he said, could help prevent a new variant from developing and spreading outside of China, and hurting the global economy.

“If we help China to face a wave of COVID, we help ourselves,” he said. “The World Health Organization and all rich countries should reach out to China right now and say, ‘If you decide to open up, what are the scenarios going to be? How can we help you the most?’”

Asked about the country’s statements that it would loosen its zero COVID policy following recent public protests, Dr. Michael Ryan, WHO’s director of emergencies, told Fortune Friday that the organization is “pleased that the Chinese authorities are adjusting their current strategy.”

The WHO hopes to see a new Chinese approach that “balances the control of the virus with the lives, livelihoods, and wellbeing of the people of China,” he added.

“When you can’t stop a fire, you get people in danger out of the way. And in this case, we do that with the vaccine.”