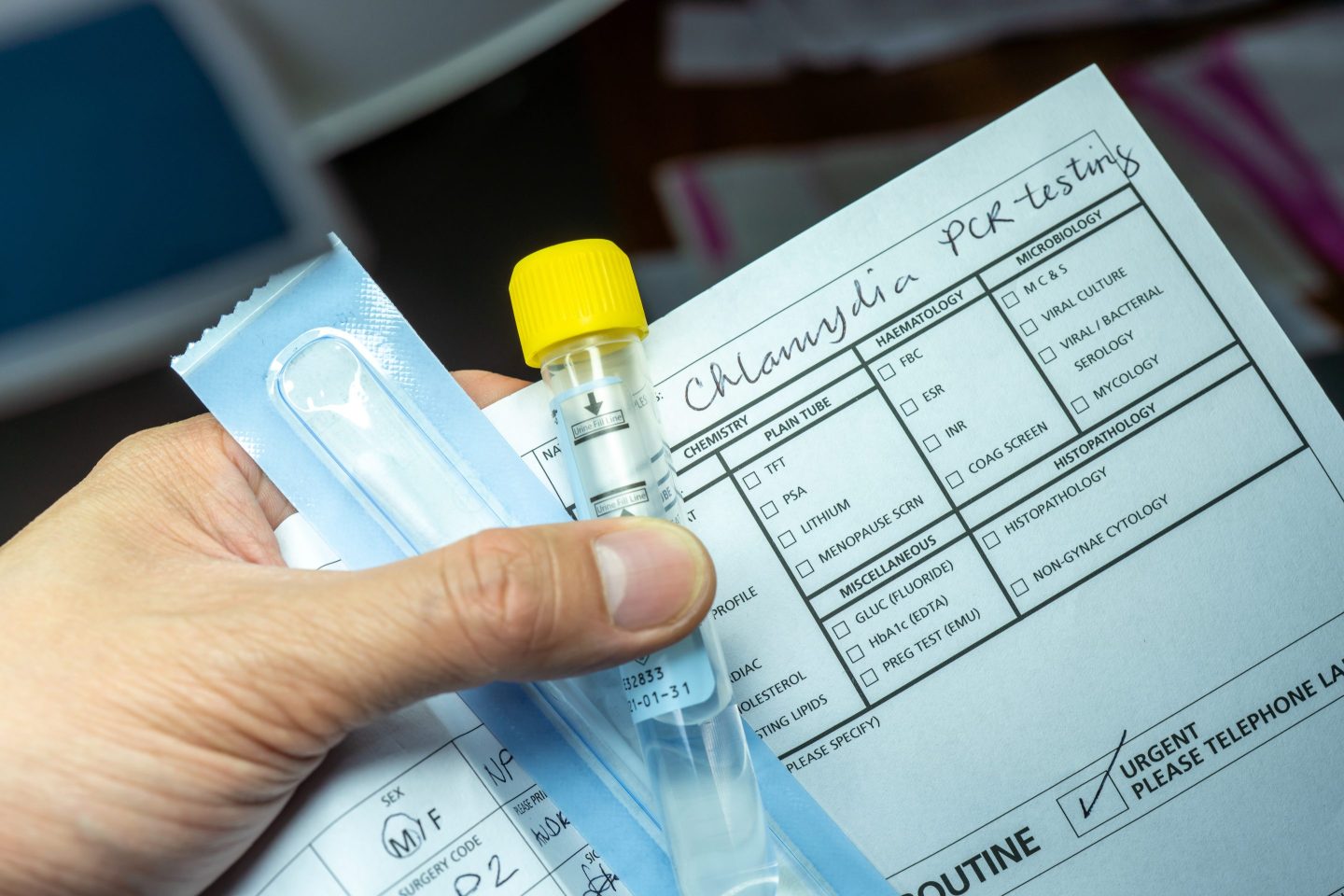 Despite multiple public health emergencies, sexually transmitted diseases remain on the rise. According to preliminary data from the Centers for Disease Control and Prevention, there were 2.5 million reported cases of chlamydia, gonorrhea, and syphilis in 2021.

Although chlamydia cases have gone down from 1.7 million in 2017 to 1.6 million in 2021, gonorrhea and syphilis have steadily increased during that same time period with syphilis seeing a 26% rise in infections reported last year—its biggest annual increase since 1948.

Add to that an international monkeypox outbreak on top of an ongoing global COVID-19 pandemic and public health officials have their hands full. SImilar to COVID and monkeypox, STDs are disproportionately affecting certain groups.

“While sexually transmitted infections are increasing across many groups, the preliminary 2021 STI data show that some racial and ethnic minority groups, gay and bisexual men, and our nation’s youth continue to be disproportionately impacted by higher rates of STIs—illustrating a failure to provide access to quality sexual healthcare to everyone who needs it,” Dr. Leandro Mena, director of CDC’s Division of STD Prevention, tells Fortune.

Mena points to social and economic conditions, such as poverty, stigma surrounding STDs and STIs, lack of medical insurance, and unstable housing, as reasons that make it more difficult for some populations to stay healthy. He also acknowledges additional factors, such as reductions in STI services at state and local levels; increases in substance abuse, which has been linked to less safe sexual practices; and decreases in condom use can contribute to high levels of infections.

“All people deserve quality sexual healthcare in order to live healthy lives,” he continues. “Turning the STI epidemic around is going to require increasing accountability for controlling STIs to partners beyond CDC and health departments; re-envisioning how we provide STI services to people to better meet them where they are; and innovative solutions to bring STI testing, treatment, and prevention into the 21st century.”

“It sounds simple, but it all starts with prevention through education,” she says. “Things like sex education programs, testing and treatment services, preventive technologies, and vaccines are methods that can provide accurate information about prevention, transmission, and symptoms.”

According to Everlywell’s State of Sex survey, which included 1,000 American adults between the ages of 18 and 35, more than one in four adults ages 18-35 reported avoiding getting STI tests because of barriers such as cost and time. Of those respondents, 13% cited finances as a barrier to testing.

“Ensuring access and affordability to convenient and private testing and treatment, including at-home testing and telehealth, is critical to lowering rates,” says Kwo. “Most STIs and STDs are asymptomatic or have nearly undetectable symptoms, so routine screening is necessary to prevent disease development and transmission to additional people.”