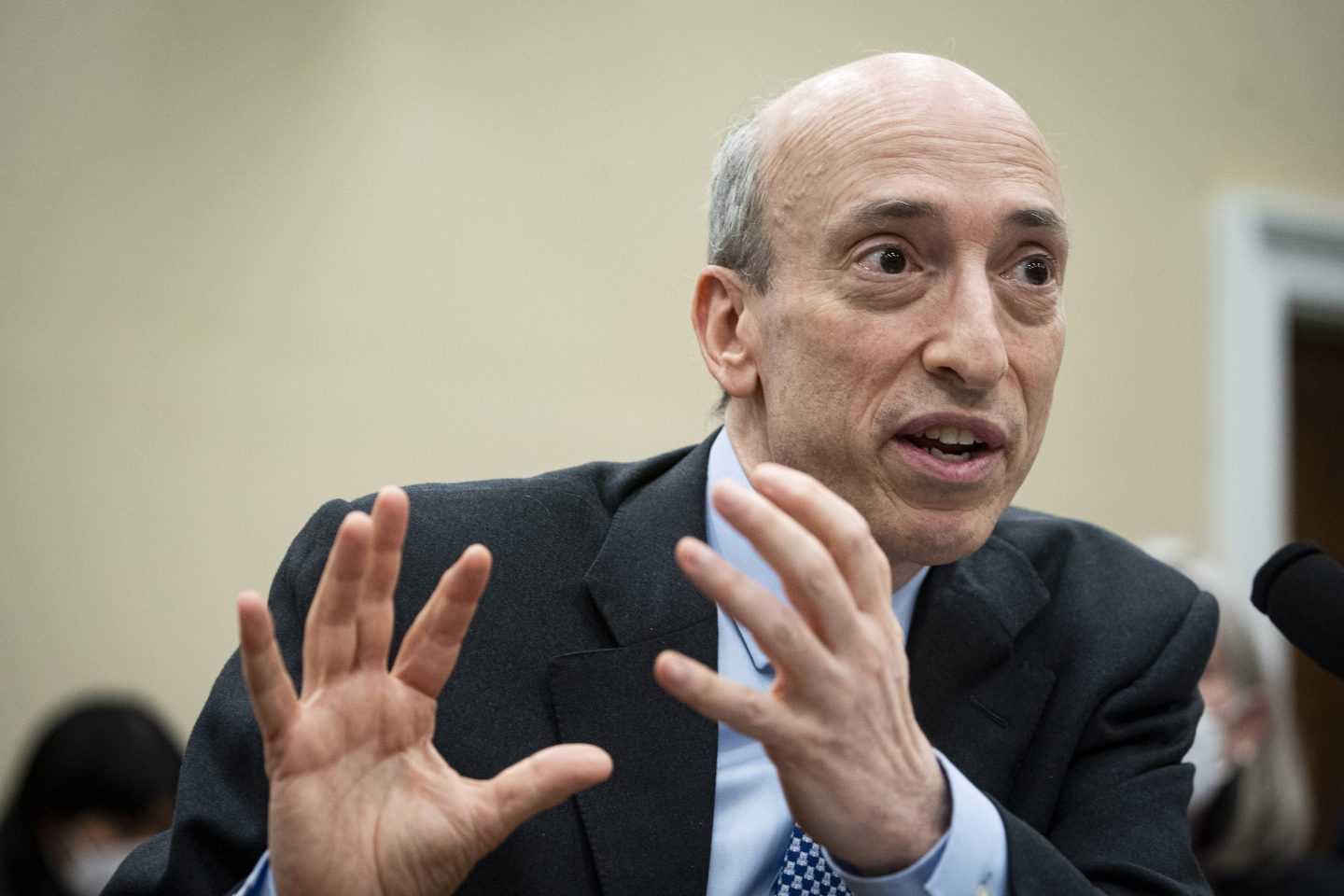 It’s hard to feel bad for the Bored Ape Yacht Club, a clique of wealthy people and celebrities who flaunt monkey NFTs as status symbols. Even in crypto circles, the BAYC is not very popular. Still, few would wish on the Apes the misfortune of being investigated by the Securities and Exchange Commission and the agency’s self-aggrandizing chair, Gary Gensler.

Such an investigation is underway, however, as Bloomberg reports the SEC has been probing Bored Apes’ parent, Yuga Labs since at least March. The report says the agency is investigating whether some of the company’s NFTs are securities and is also looking into a token called ApeCoin that Yuga issued to NFT holders. The legal outcome is hard to predict, though the early consensus seems to be that the Apes are likely collectibles, not securities, while ApeCoin may have crossed the line.

For now, the most important takeaway is that this is yet another example of Gensler’s “regulation by enforcement” approach to crypto markets. The term describes the SEC’s longtime refusal to create clear rules on what is and isn’t a security, which forces companies to guess the answer—and, if they guess wrong, to browbeat them behind closed doors into settlements that shed no further light on what the rules are.

In the case of Yuga Labs, the SEC has now expanded its cloud of confusion to include the NFT sector, which has been one of the most innovative in all of crypto. Whatever you think of the Bored Ape crowd, there’s no denying that Yuga Labs has helped create a vibrant new economic and cultural force through its NFTs—in part by its decision to let Bored Ape holders own and develop IP associated with the brand. The company is valued at $4 billion and is at the vanguard of a new industry, but the SEC, once again, appears unconcerned with torpedoing innovation so long as it garners publicity for Gensler.

Yuga Labs says it is cooperating with the investigation, but if it follows the example of Ripple and Grayscale by challenging the SEC in court, the Bored Apes may find themselves with more friends than they’ve ever had before.

Coinbase shares jumped on news that Google will use its services to accept crypto from its Cloud customers; the arrangement will be part of a larger infrastructure partnership.

Portugal is planning to tax digital currency gains earned on purchases held for less than a year, reducing the country’s allure as a haven for wealthy crypto owners.

The chair of the CFTC warned that the crypto industry shouldn’t “expect a free pass” at a time when the agency continues to jockey with the SEC for control over the sector.

Tech writer Charlie Warzel offers a withering review of the Coinbase documentary, which was funded by the company, describing it as “bone-grindingly dull” and “the latest frontier in corporate propaganda.”

A new report sheds light on how Russia’s invasion of Ukraine has affected crypto adoption in nearby nations.