From NFT war bonds to money laundering, the war in Ukraine has shaped crypto adoption in Eastern Europe 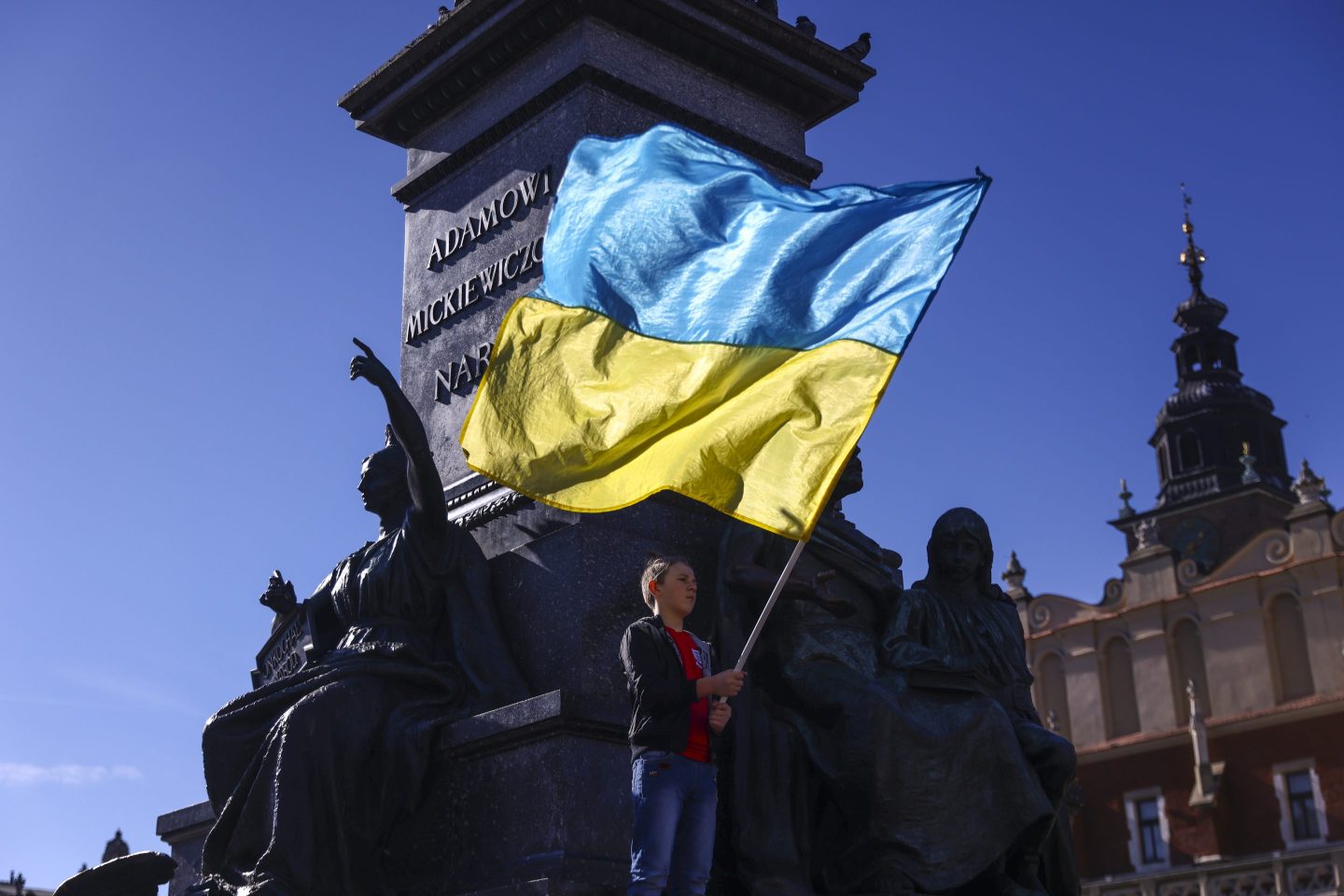 While Eastern Europe has long been one of the largest markets for cryptocurrency, the war in Ukraine has further pushed adoption, according to a report from Chainalysis.

As part of its 2022 global adoption index, Chainalysis found that Eastern Europe is the fifth-largest region for crypto, representing 10% of global transaction activity from July 2021 to June 2022. Although that percentage has stayed largely consistent, Chainalysis’s data demonstrates how the war has impacted how cryptocurrencies are being used by the region’s general public.

Following Russia’s invasion in February, the major crypto story in Ukraine has been the onslaught of donations, with blockchain analytics firm Elliptic estimating that the Ukrainian government and a prominent NGO supporting the military raised over $60 million in the first few weeks alone. In August, Ukraine’s minister of digital transformation tweeted that the government had used the donations for military equipment and medicine.

Blockchain investigators also found in October that militia groups supporting Russia have raised at least $4 million in donations, often through crowdfunding campaigns on Telegram, and that number may be accelerating.

As many of these groups are sanctioned and closed off to mainstream exchanges, they instead turn to what Chainalysis describes as “high-risk” Russian exchanges, which have no or low know-your-costumer requirements.

Cryptocurrency-based crime has been a major factor in overall adoption in Eastern Europe, and especially Russia, and Chainalysis’s new report shows that the trend is growing. High-risk exchanges account for 6.1% of transaction activity in Eastern Europe, compared with 1.2% for the next closest region.

As the U.S. began sanctioning Russian oligarchs and associates of Vladimir Putin, many began looking for ways to cash out of crypto, looking to exchanges in nearby countries. Chainalysis data shows that web traffic to Russian cryptocurrency services in countries such as the United Arab Emirates, Georgia, and Turkey spiked after the war began.

Even so, the report cautions that cryptocurrency markets are not liquid enough to support large-scale sanctions evasion. Transaction volume grew and shrank in Russia following the invasion, possibly impacted by restrictions from exchanges such as Binance, which banned Russian accounts holding over 10,000 euros from making new deposits or trading in April.

In Ukraine, however, transaction volume steadily increased from the beginning of the war through June, the final month analyzed in the report. As Chainalysis director of research Kimberly Grauer told Fortune, Ukraine has always had a tech-savvy population with a high propensity for startups. With the war, use cases for cryptocurrency have expanded, from donations to hedges against hyperinflation.

Tatiana Dmytrenko, a high-ranking adviser in Ukraine’s Ministry of Finance and member of the World Economic Forum’s digital assets task force, said that Ukrainians may have looked to exchange hryvnia for cryptocurrency following restrictions from the Ukrainian central bank.