The government is ganging up on Google. Why it might finally win this time 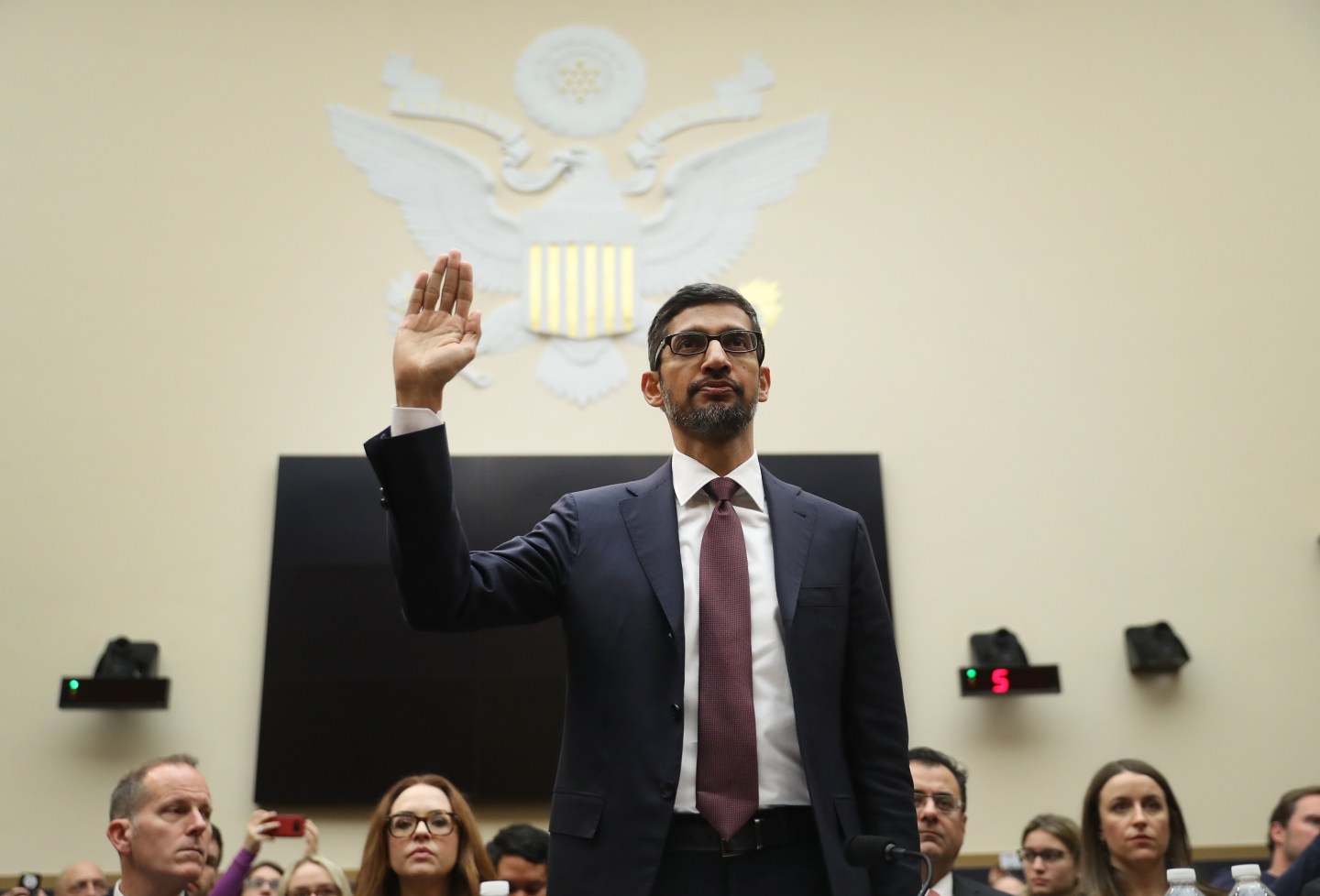 Whoa, Nelly. The feds finally dropped the big one on Google—and they’ve got the cavalry on their side.

Justice Department officials and eight state attorneys general unveiled a huge, anticipated lawsuit Tuesday against Google, alleging the Alphabet unit unlawfully used its dominance over the ad-tech market to punish rivals and drive up costs for marketers, publishers, and consumers. As punishment, federal prosecutors want to force Google to split up its ad business, which would include divesting its ad manager suite and ad exchange.

The lawsuit stems from Google’s sprawling power over the digital ad ecosystem, which revolves in large part around the division’s technology. Google essentially acts as the supplier, broker, and auctioneer of digital ads. In the process, Alphabet takes various fees, directs ads onto its company-owned content platforms, and gathers valuable data on consumer habits—all of which contribute to a significant chunk of its ad revenue, which hit $147 billion in 2021.

“One industry behemoth, Google, has corrupted legitimate competition in the ad tech industry by engaging in a systematic campaign to seize control of the wide swath of high-tech tools used by publishers, advertisers, and brokers, to facilitate digital advertising,” federal prosecutors wrote in their complaint. “Having inserted itself into all aspects of the digital advertising marketplace, Google has used anticompetitive, exclusionary, and unlawful means to eliminate or severely diminish any threat to its dominance over digital advertising technologies.”

Google, for its part, responded Tuesday that the DOJ’s lawsuit underestimates the competitive nature of the digital ad ecosystem, while its efforts to force divestiture would “reverse years of innovation” and make the ad market less efficient. Google executives also noted that the DOJ is trying to unwind two Google acquisitions—which cost the company about $3.5 billion—that the Federal Trade Commission approved more than a decade ago.

The DOJ’s 149-page lawsuit appears deeply researched, chock-full of juicy details about Google’s business and internal communications that reflect poorly on the organization.

The case, should it reach trial, could ultimately come down to the vagaries of antitrust law and the digital ad market—topics that are, frankly, outside my expertise. I would note that Google’s long-standing critics seem downright cheery about the merits of the case, while its defenders aren’t quite as vociferous as usual. The Chamber of Progress, a pro–Big Tech advocacy outfit, issued a desultory statement Tuesday that only touched on Google’s shrinking market share and recent layoffs by Alphabet (which are tenuously related at best).

There will be plenty of time to parse the particulars of the DOJ’s case. But at a minimum, the lawsuit speaks to the unprecedented nature of the governmental pressure on Google.

In years past, Big Tech titans have rather comfortably weathered the antitrust storm thanks to an aloof FTC, disorganized DOJ, and feckless federal legislature.

The Federal Trade Commission and the DOJ’s antitrust division are led by staunch Big Tech critics with a presidential mandate to rein in Big Tech. Numerous Republicans are on board with the lawsuit, and a separate case targeting Google’s ad dominance brought by more than a dozen state attorneys general is a decent sign that the GOP won’t drop the latest lawsuit if it retakes the White House in 2025. And Congress is, well, still Congress—but there are at least signs of bipartisan interest in tackling Google’s ad dominance, illustrated by last year’s introduction of the Competition and Transparency in Digital Advertising Act by two Republican and two Democratic senators.

The collective appetite means Alphabet will struggle to run out the clock in court by bleeding lower-funded government agencies dry or waiting for political winds to shift.

That leaves Alphabet with two primary options: fight or negotiate. And early signs on both fronts aren’t optimal for Google. A federal judge in September rejected most of Google’s motion to dismiss the related lawsuit filed by state attorneys general, while the Wall Street Journal reported that the DOJ batted away Google’s offer to split off some of its ad-tech business in a bid to stave off Tuesday’s filing.

It all adds up to quite an impending battle for Alphabet, a company with few friends in government left on its side.

Under and out. Microsoft posted mixed holiday-quarter results and underwhelmed with its forecast for the start of the year, prompting shares to slip 3% in midday trading Wednesday, CNBC reported. Fiscal second-quarter earnings edged past Wall Street’s expectations, but revenue fell short of analyst targets, and third-quarter growth estimates came in below market projections. The company also dealt Wednesday morning with a brief cloud outage that took down some of its products, including Teams and Outlook, for several hours.

Making it rain in the desert. Tesla announced plans Tuesday to spend about $3.6 billion on adding semitruck and battery cell production capacity at its Nevada factory complex, Reuters reported. The investment follows questions about Tesla’s slow rollout of its semitruck, which was initially scheduled to become available in 2019 but didn’t debut until last month. Tesla officials said the cell plant will produce enough batteries for 2 million light-duty vehicles each year.

Chipping in some cash. The U.K. government plans to provide billions of dollars in government subsidies to British semiconductor companies, joining several nations that have recently allocated money for supporting their domestic chipmakers, Bloomberg reported. U.K. officials hope the funding will reduce domestic exposure to China, which remains a threat to the world’s largest advanced chip producer, Taiwan Semiconductor Manufacturing Co. British officials have not released details about the subsidy package, but that total amount is expected to reach single-figure billions of pounds, a source familiar with the discussions told Bloomberg.

No relief in sight. Texas Instruments issued a current-quarter revenue forecast Tuesday that came in short of analyst expectations, adding to concerns about a prolonged downturn in the semiconductor industry, Barron’s reported. The chipmaker projected first-quarter revenue of $4.17 billion to $4.53 billion, while Wall Street expected a midpoint around $4.4 billion. Texas Instruments barely topped fourth-quarter earnings and revenue estimates.

An OpenAI opus. If you’re just catching up on the ChatGPT-OpenAI-Microsoft saga or looking for more interesting tidbits on generative A.I., Fortune’s Jeremy Kahn has an authoritative piece about the dominant story line of early 2023. As Kahn reported Wednesday, OpenAI has quickly evolved from a nascent (albeit well-funded) research lab into a disruptive Big Tech force, ruffling a few feathers and raising questions about the impact of A.I. along the way. The initiative is led by cofounder and CEO Sam Altman, a “serial tech entrepreneur known more for business savvy than for feats of engineering” who has simultaneously built a hugely valuable company while warning about the limits of its products.

With ChatGPT, Altman has turned OpenAI—and the broader A.I. mission—into the thing captivating the tech world.

The question is whether the partnership he has forged with Microsoft can fix ChatGPT’s flaws and capitalize on its early lead to transform the tech industry. Google and other titans are hard at work on their own A.I. platforms; and future, more polished software could make ChatGPT look like child’s play. OpenAI may someday find that, much like Netscape’s short-lived browser reign, its breakthrough has opened a door to a future it isn’t part of.

Meet 7 startups and labs that are capitalizing on the kind of ‘generative’ A.I. that powers ChatGPT, by Jeremy Kahn

Who’s getting the better deal in Microsoft’s $10 billion tie-up with ChatGPT creator OpenAI? by Jeremy Kahn

Party’s over—Netflix is putting an end to password sharing by the end of March, by Chris Morris

It turns out that ChatGPT is really good at creating online propaganda: ‘I think what’s clear is that in the wrong hands there’s going to be a lot of trouble,’ by David Klepper and the Associated Press

Elon Musk took the stand for more than 3 hours and sparred with a lawyer at his Tesla trial as the judge says one of his remarks was ‘inappropriate,’ by Michael Liedtke and the Associated Press

Relieved of duty. Given all the stressors weighing on Alphabet—layoffs, lawsuits, questions about its A.I. strategy—you’d think company executives would see the long-term ROI from rubdowns. Alas, records reviewed by CNBC show that the Google parent’s job cuts include 27 massage therapists spread across its California offices in Mountain View, Los Angeles, and Irvine. The layoffs aren’t expected to start until the end of March, so CEO Sundar Pichai’s shoulders will remain relaxed for a little while longer. (Full disclosure: I have no idea if he partakes in the company’s massage offerings, and honestly, I don’t really want to know.)