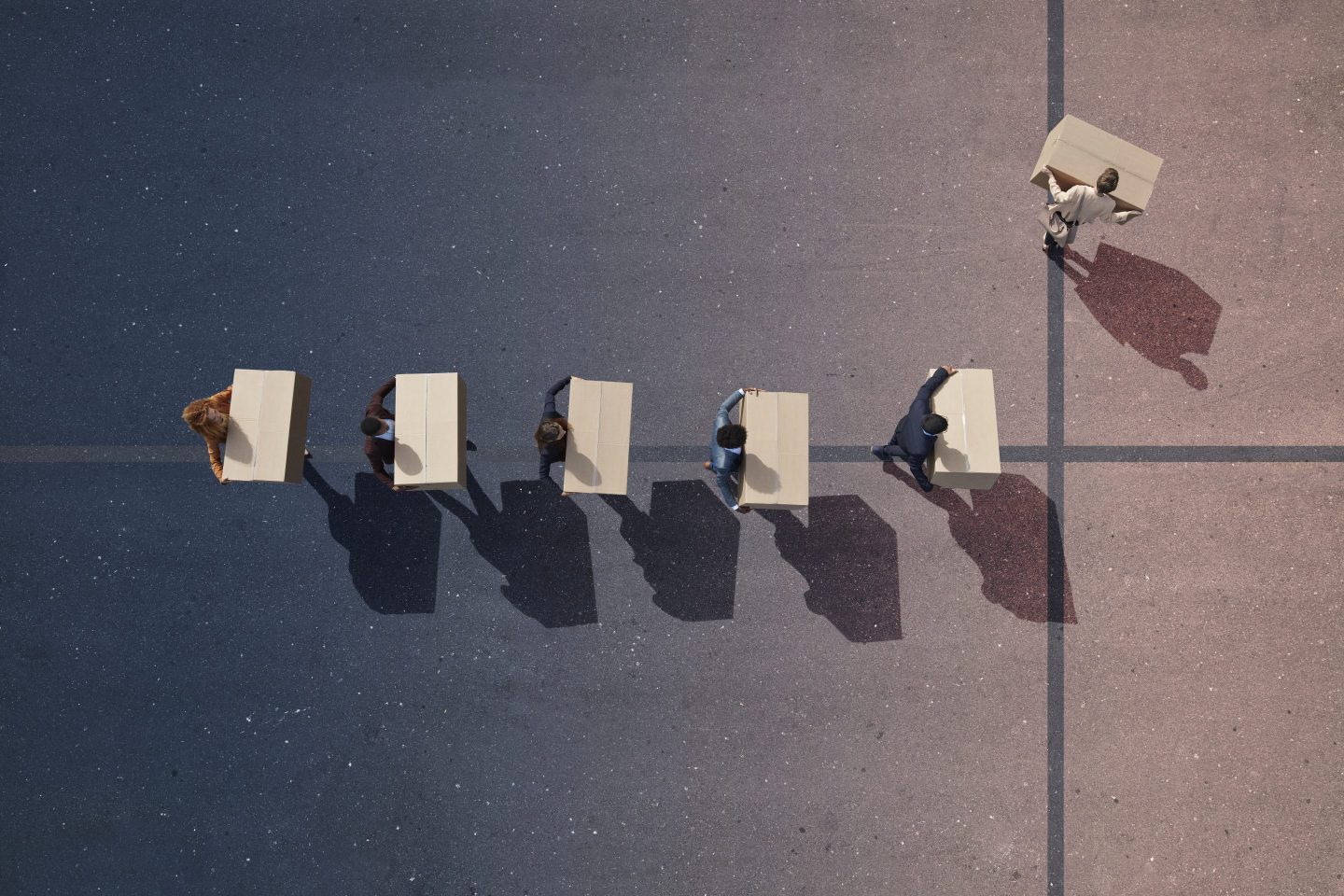 The CEO told Bloomberg during the World Economic Forum in Davos this week that the mad dash to swoop up tech workers who’ve been laid off in recent spates of cost cutting and restructuring across the industry isn’t really happening from his vantage point. It’s business as usual, he says.

“We’re not struggling to source talent, but it’s not like we’re seeing a rash of talent that’s all of a sudden available,” Di Sibio told the publication. “If you just read the headlines around what’s going on, you might think, there’s all kinds of people who know technology out there.”

The question then becomes: Where’s all the talent going?

Microsoft on Wednesday laid off roughly 10,000 employees, or less than 5% of its workforce. Tech companies ahead of the holiday period wrapped up the year with a lot of painful belt tightening. Since November, when layoff fears picked up and were realized, tech companies have cut 88,114 jobs, according to Challenger, Gray & Christmas, a firm that advises employers on layoffs.

“The tech sector is undergoing significant changes as a result of recession fears. Like with other more established sectors, tech is maturing and that typically leads to workforce reductions as companies shift focus. With the softening economy, those cuts become even more necessary and, in some cases, larger,” Andrew Challenger, senior vice president at Challenger, Gray & Christmas wrote in a recent note following Microsoft’s announcement.

In 2022 as a whole, 97,171 tech jobs were put on the chopping block, the most since 131,294 tech jobs were lost in 2002. And layoff numbers have only continued upward in the new year. January isn’t even over yet, and it’s already the second-highest monthly total for the tech sector since September 2015—a year when many companies were forced to contend with changing trends and a pivot or die mentality.

And the talent now entering the job market is coming from some of the crème de la crème in the industry. The likes of Meta, Amazon, Twitter, Snap, Netflix, and Tesla all suffered layoffs in the last year. Even Google was forced to shutter teams, putting employees out of work. And, The Information reported in November, the search engine polymath was recasting performance review practices in order to identify roughly 10,000 employees it considered “low performers” in terms of their impact on the company’s bottom line.

But perhaps Di Sibio hasn’t seen the rash of available talent because these workers possess highly sought after skills in an increasingly digital and virtual world. The majority of laid-off tech workers—about 79%—find work within three months of searching, according to a ZipRecruiter survey. And 37% of laid-off tech workers got a new job in less than one month.

Julia Pollak, chief economist at ZipRecruiter, told The Wall Street Journal last month that tech workers were the “most likely to land on their feet” and get swept up fast.

“Despite the widespread layoffs, hiring freezes, and cost-cutting taking place in tech, many tech workers are finding reemployment remarkably quickly,” she told the publication.