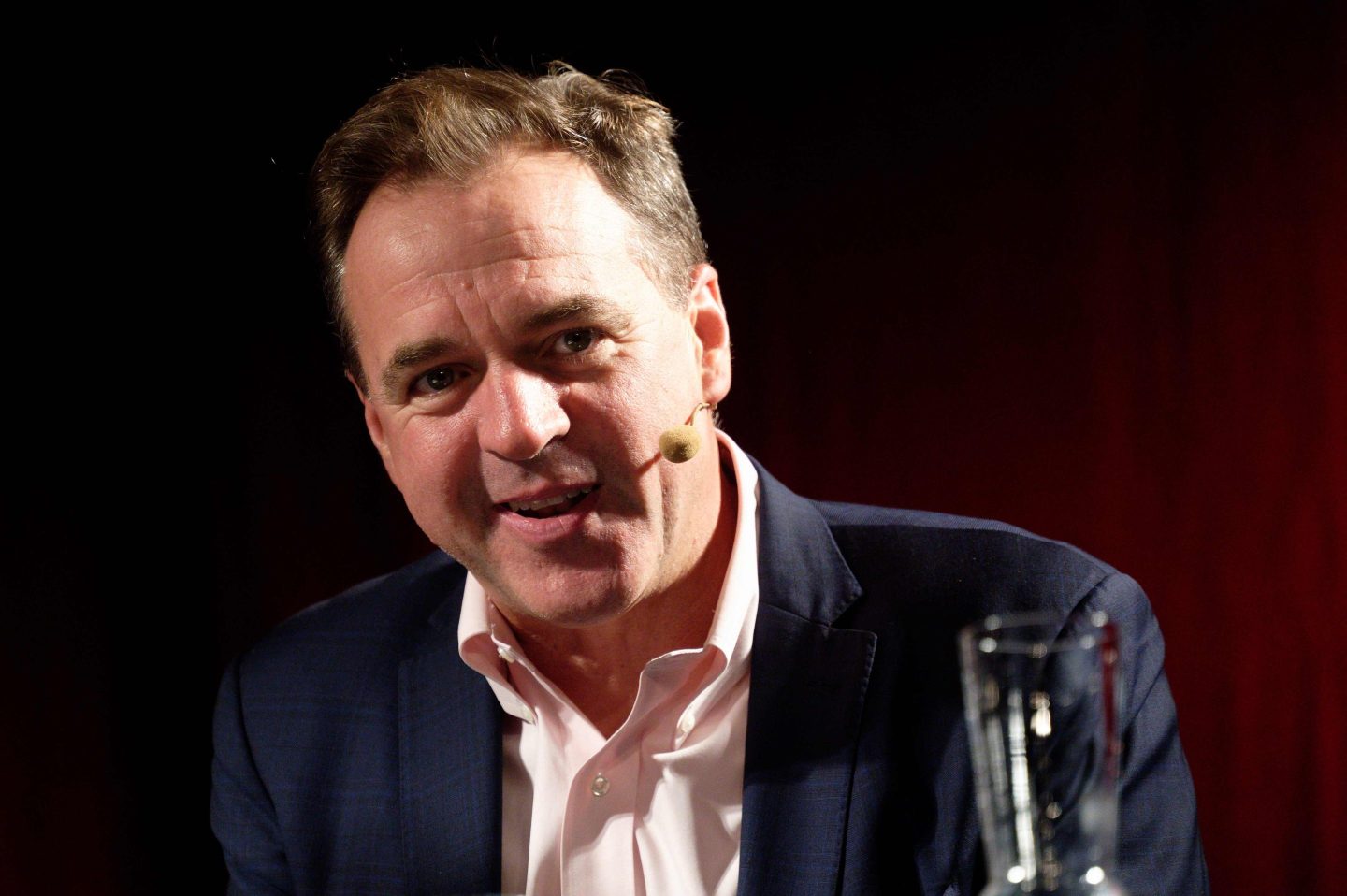 Niall Ferguson argued against he idea of de-globalization at Davos on Tuesday.
Henning Kaiser—picture alliance via Getty Images

The World Economic Forum is typically a moment for business wheeling and dealing, with many CEOs engaged more in so-called “bilateral” conversations than in panel discussions. Still, it is a good moment to take stock of where business consensus is heading, on topics such as growth, globalization, and ESG.

In that vein, here are some emerging insights from Davos, Day 2:

On economic growth and employment

In a surprisingly optimistic take, Christophe Catoir, president of Adecco and a 27-year veteran of the HR services firm, ventured a guess that the worst for the U.S. economy may already be over.

The temporary services industry saw a “huge dip” from September to December in the U.S., he told me, “but we see perhaps the first recovery signs.” His industry can be a canary in the coal mine when it comes to the economy, so that’s encouraging.

The reasons? The wave of layoffs we saw in the fall were mostly limited to tech firms, he noted, which re-adjusted after over-hiring during COVID. In other sectors, such as automotive, aeronautics, and manufacturing, a back-order book of at least a year means there is a lot of hiring.

And, perhaps most importantly, he said, “there’s a lot of money in the system,” thanks to the Inflation Reduction Act. That, and the fact that the U.S. is energy-sufficient, means a lot of global companies are planning to invest in the U.S. in the year ahead (and away from Europe and Asia), as inflation starts to ease.

On the future of globalization

Is the idea that the world is de-globalizing is a “mirage”? It’s what economic historian Niall Ferguson claimed in a session on the future of globalization.

While the production of “hardware” such as semiconductors may be near-shored to the U.S. or Mexico, the same is not true for “software,” he said.

The West continues to use Chinese-developed apps such as TikTok, and continues to listen to K-pop, for example. Conversely, the imitation of the storming of the Capitol in Brazil, to cite one example, shows the Americanization of the world hasn’t stopped, either.

“It’s all a mirage. There is not major de-globalization going on here,” he concluded.

In a sign that China is not ready to publicly disavow globalization either, the country’s Vice-Premier Liu He said, “Foreign investments are welcome in China, and the door to China will only open up further.” Liu He’s visit to Davos was the first of a Chinese official in Davos since the pandemic started.

On the future of ESG

As I wrote in an earlier Davos article, “ESG” has almost disappeared entirely from the official WEF program this week, to be replaced by “climate” and “sustainability.”

But in side-line sessions, practitioners continue their ESG discussions. In one session I moderated on the topic, it became clear that ESG reporting is very much alive and kicking, with companies further investing in the automation and live-reporting of ESG data.

One chief sustainability officer even warned that “ESG reporting has become this shiny new object that everyone is paying attention to” and that “we have to make sure that we can work on the strategy to improve our impact, not on the compliance with reporting.”

That statement was met with approval by another participant, who said that ESG reporting is becoming a “necessary evil.” ESG data will only be truly valuable, that participant said, when they allow decision makers to predict and adjust their trajectory on topics such as CO2 emissions.

Separately, if you can’t get enough of Davos, you can read opinion pieces from Patagonia’s Beth Thoren on the changing attitude to corporate governance among the Davos crowd, and from the World Economic Forum’s Jeremy Jurgens, on the energy transition, in Fortune‘s Commentary section.

Microsoft is reportedly set to announce additional layoffs on Wednesday. This time, the cuts are expected to hit the tech giant's engineering departments and go deeper than last year's rounds, which collectively affected less than 1% of the firm's 200,000 workers. Bloomberg

The first interest payment on the debt Elon Musk secured to finance his $44 billion purchase of Twitter is likely coming due at the end of this month, and the company has few palatable options for how to pay it. Defaulting on the debt would likely trigger a bankruptcy filing. In related news, Twitter is auctioning off office supplies and decor—including espresso makers ($11,000) and a giant neon bird sign ($20,000)—as it hunts for more revenue.

China's historic decline in population likely means India has surpassed China as the world's most populous country. Last year, the United Nations projected that India would take the No. 1 position at some point before mid-2023, but the population drop of 850,000 Beijing announced yesterday was far greater than the 76,000 dip the UN forecast, meaning the reordering may have already happened. Fortune

Larry Fink, the face of ESG, says ‘the attacks are now personal’ for the first time in his career. ‘They are trying to demonize issues.’ by Will Daniel

There’s a lot of good economic news around right now, but CEOs at Davos have never felt worse by Tristan Bove

Goldman Sachs and Amazon layoffs make the economy seem doom and gloom. The reality is much brighter by Megan Leonhardt

Florida is becoming one of the most popular places to live. That’s also making it more and more expensive by Jane Thier