Larry Fink, the face of ESG, says ‘the attacks are now personal’ for the first time in his career. ‘They are trying to demonize issues.’ 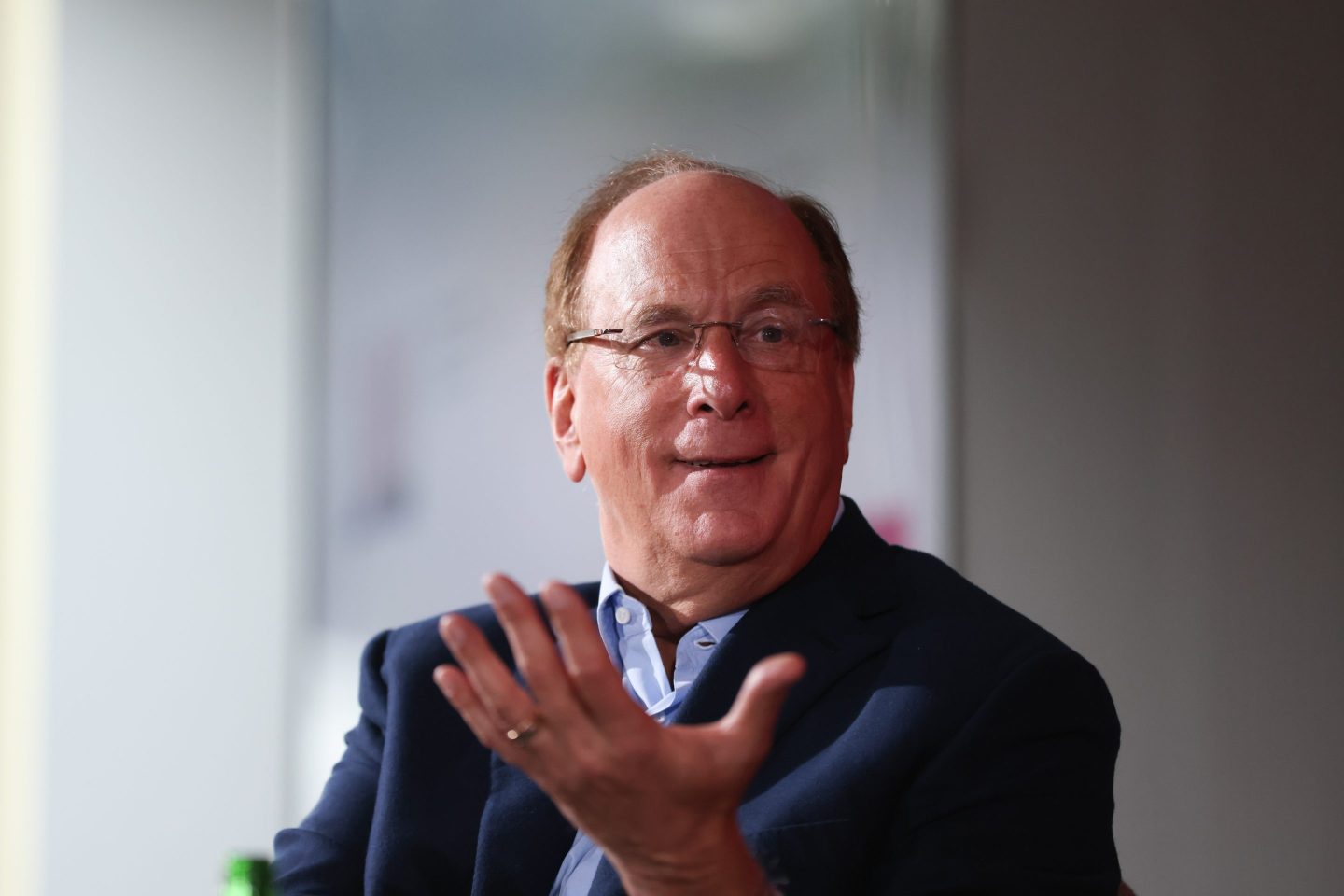 Larry Fink, chairman and chief executive officer of BlackRock, speaks at event on the sidelines of the opening day of the World Economic Forum (WEF) in Davos, Switzerland, on Tuesday, Jan. 17, 2023.
Hollie Adams/Bloomberg via Getty Images

Larry Fink is caught in the middle of the heated climate change debate. The CEO of BlackRock, the world’s largest asset manager, has become a lightning rod for criticism from conservatives due to his push for environmental, social, and corporate governance (ESG) investing over the past few years. ESG investing is a way of applying non-financial factors—like climate change initiatives or diversity, equity, and inclusion (DEI) programs—to the analysis of investments.

Critics on the left have always viewed Fink’s ESG stance with skepticism as well, with some arguing that the whole ESG industry is just a market tactic—or outright destructive. It’s like giving “wheatgrass to a cancer patient,” Tariq Fancy, BlackRock’s former chief investment officer for sustainable investing, told the Financial Times in 2021. Davos on Tuesday, Fink said that he is now trying to “address the misconceptions” about his company’s policies—and something bad has happened to the discourse along the way.

“It’s hard—because it’s not business anymore, they’re doing it in a personal way,” he told Bloomberg. “And for the first time in my professional career, attacks are now personal. They’re trying to demonize issues.”

Fink was first linked with ESG investing back in 2020, when he warned that climate change was fundamentally reshaping finance in his annual letter to CEOs and argued that executives needed to “reallocate their capital into sustainable strategies.” The stance drew the ire of a coalition of over 75 conservative leaders and elected officials who signed a letter to the CEO asking him “reconsider” the announcement.

Then, last year, the situation was made worse when Fink’s annual letter to CEOs echoed his past statements about sustainability, and added a new note about “stakeholder capitalism”—a policy of serving not only shareholders, but also employees, customers, and the public. Critics began to call it “woke capitalism.”

“Whether stakeholder capitalism, or ESG standards, are being pushed by BlackRock for ideological reasons, or to develop social credit ratings, the effect is to avoid dealing with the messiness of democracy,” Patronis said in a statement announcing the move.

Fink admitted that BlackRock lost “about $4 billion of flows from various states” due to its ESG stance last year. But he said that in “long-term flows,” the company was “awarded over $400 billion.” Still, despite the inflows into its funds, BlackRock’s assets under management, which peaked at over $10 trillion near the end of 2021, fell to $8.59 trillion in December.

Fink also pushed back against anti-ESG statements—like Tesla CEO Elon Musk’s recent Tweet where he said “S” in E.S.G. stands for “Satanic”—and claims that his company is anti-fossil fuel on Tuesday. He noted that Blackrock is a major natural gas pipeline financier and has some $171 billion of investments in public U.S. oil and gas companies.

“We are one of the largest, if not the largest, hydrocarbon investors in the world,” he said. “Unfortunately, there are some politicians who are taking parts of what I said out of context, but that’s the world we live in today.”

The CEO added that, unlike some critics have claimed, he has always been against forced divestiture from oil and gas companies as a part of ESG initiatives—and he isn’t anti-fossil fuel.

“We have to be working with energy companies, not against [them],” he said, adding that any transition to clean energy will need to be “fair and just.”

In a prophetic 2019 interview at the MIT Golub Center for Finance and Policy’s eighth annual conference, Fink argued against divesting from oil and gas companies despite the push to do so from some ESG-focused investors and predicted what could happen to companies who lean into ESG initiatives too strongly.

“No company wants to be considered the environmental police,” he said at the time. “This is one of the things that I’m worried about.”

At Davos this week, the BlackRock CEO said that the narrative around ESG has become “ugly” and polarized, but he is doing everything possible to change it.