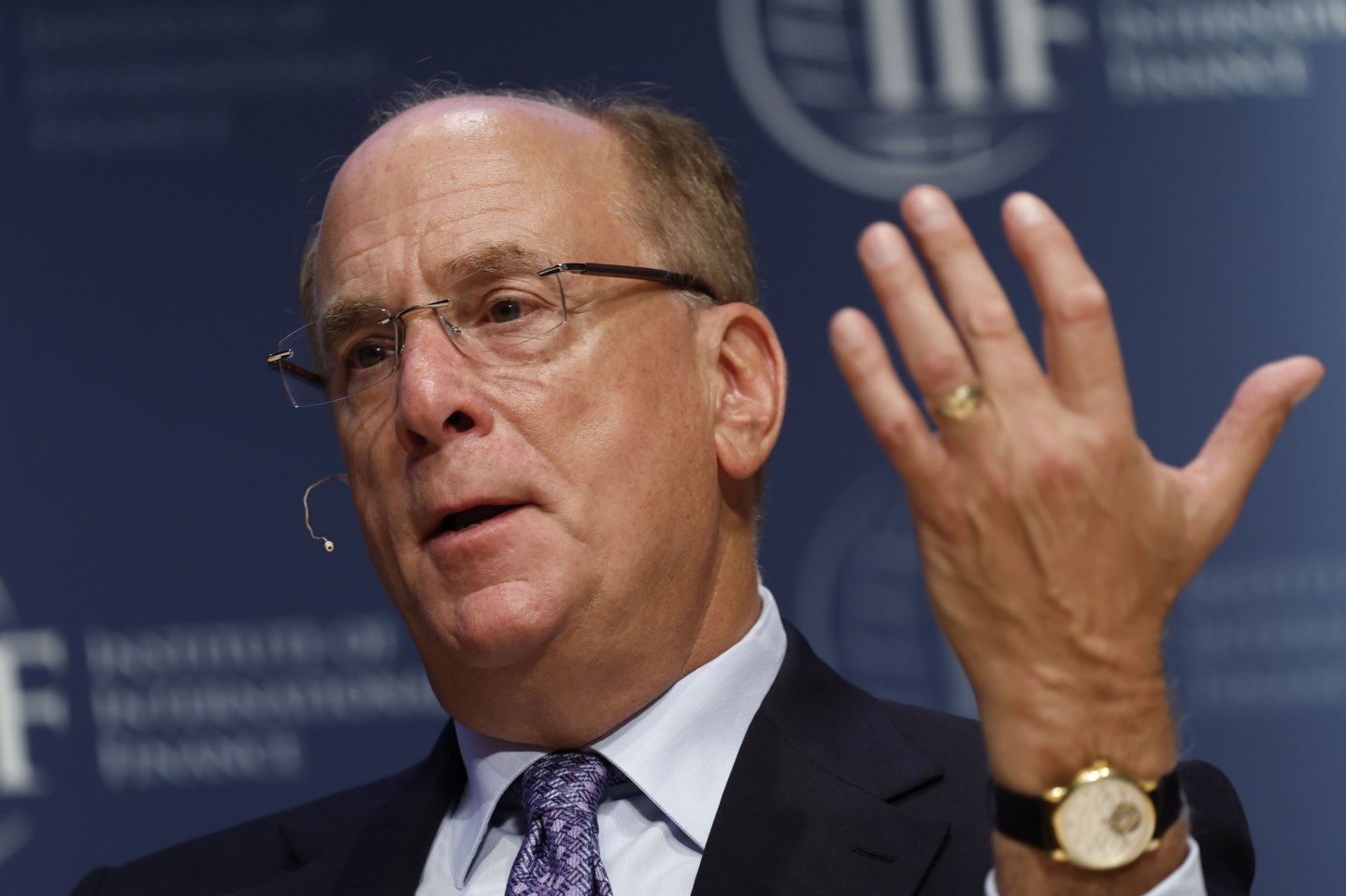 New York-based BlackRock, the world’s largest asset manager, still invests billions in oil and gas companies, Fink reiterated at the Institute of International Finance annual membership meeting on Wednesday. He added that he suspects they “are going to be part of the solution” in transitioning to clean energy.

Unfortunately, “facts are not important with some subgroups in this country,” he said.

His firm has become a lightning rod for political controversy in recent months. Its focus on sustainable investments, which Fink touted in annual letters to corporate America, drew ire in red states, which frame the company as disdaining the oil and gas industry.

Louisiana is pulling nearly $800 million from BlackRock funds, and some officials in Texas have sought to route money or business away from it. Nineteen attorneys general from states including Arizona, Kentucky and West Virginia also lashed out at BlackRock for pursuing a “climate agenda” at odds with generating returns for state pensions.

Fink lamented that he also faces criticism from the other end of the political spectrum, including in New York City, where the comptroller sent a letter expressing concern BlackRock is backing away from commitments to reduce carbon emissions.

“I’m now being attacked equally by the left and the right, so I’m doing something right, I hope,” Fink said.