Even BlackRock is too woke for Florida 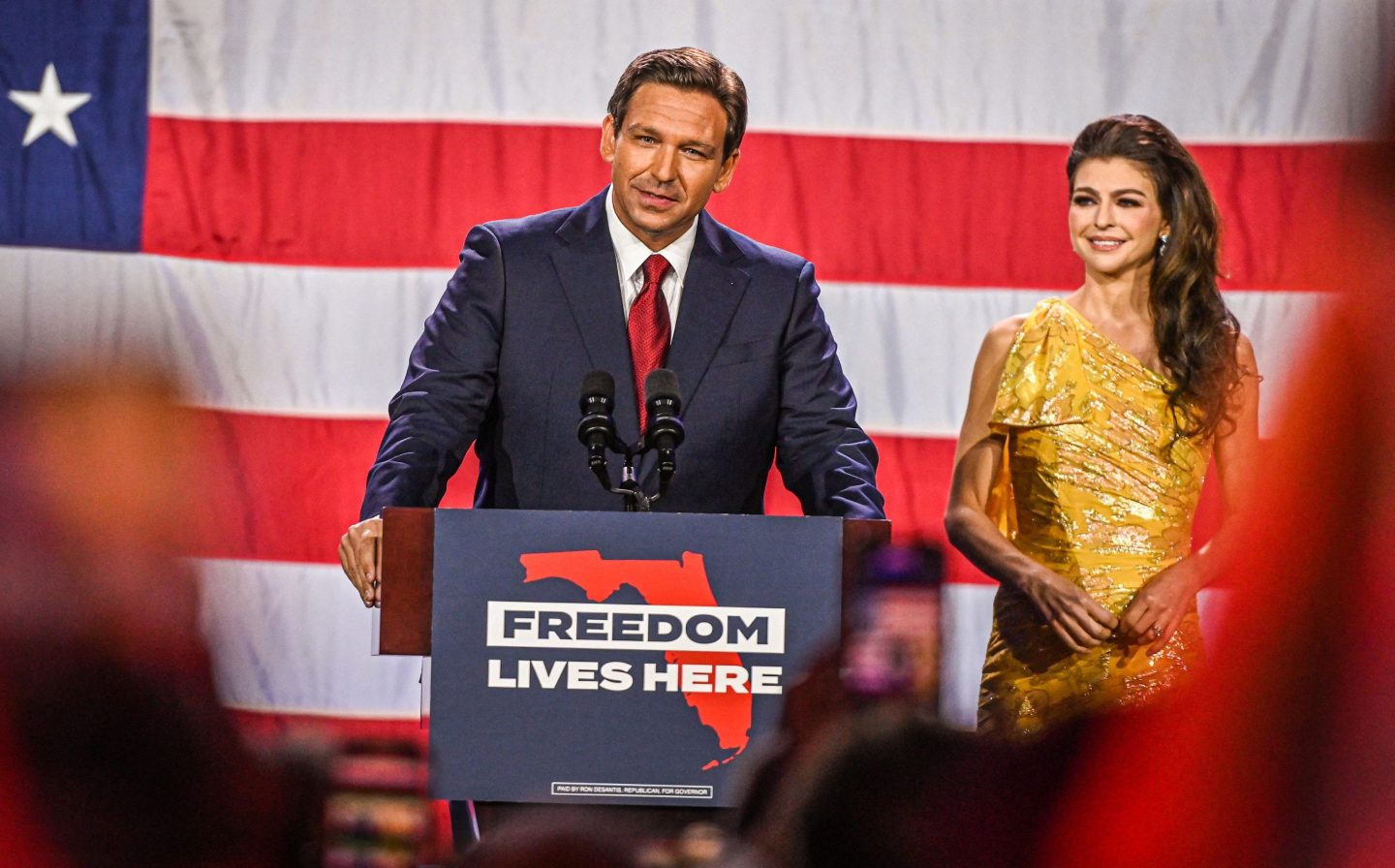 The world’s largest asset manager, BlackRock, is under fire for being too woke.

Despite its role as a pipeline financier—and $171 billion of investments in public U.S. oil and gas companies—U.S. states including Louisiana, Texas, and West Virginia have targeted BlackRock for its environmental, social, and governance (ESG) initiatives this year. And now Florida is piling on.

The Sunshine State’s chief financial officer, Jimmy Patronis, didn’t pull any punches in a Thursday statement announcing he would begin divesting $2 billion worth of taxpayer assets managed by BlackRock because of its ESG stance.

“Whether stakeholder capitalism, or ESG standards, are being pushed by BlackRock for ideological reasons, or to develop social credit ratings, the effect is to avoid dealing with the messiness of democracy,” he said. “It’s undemocratic of major asset managers to use their power to influence societal outcomes.”

In an email to Fortune, a BlackRock representative pointed to evidence that BlackRock isn’t the only fund Florida is invested in whose leadership has expressed support for ESG initiatives, and offered a rebuke of Patronis’s statements.

“We are disturbed by the emerging trend of political initiatives like this that sacrifice access to high-quality investments and thereby jeopardize returns, which will ultimately hurt Florida’s citizens,” they wrote. “Fiduciaries should always value performance over politics.”

In his statement, Patronis went on to argue that BlackRock’s CEO Larry Fink is “on a campaign to change the world,” referencing an annual shareholder letter where Fink said CEOs should work to address climate change and opt for “stakeholder capitalism”—a policy of serving not just shareholders, but also employees, customers, and the wider public.

Patronis said the letter was an example of BlackRock policing “who should, and who should not gain access to capital” and offered a stiff rebuke of Fink’s point of view on capitalism.

“If Larry, or his friends on Wall Street, want to change the world—run for office. Start a non-profit. Donate to the causes you care about,” he said. “Using our cash, however, to fund BlackRock’s social-engineering project isn’t something Florida ever signed up for. It’s got nothing to do with maximizing returns and is the opposite of what an asset manager is paid to do.”

Fink has been under fire from conservative politicians for his calls for companies to get serious about their net-zero emissions goals. In Texas, the company has even been put on the “divestment list” of financial firms that boycott energy companies—although BlackRock says its energy investments are evidence that is “completely at odds with any notion of a boycott.”

For his part, Fink said in his shareholder letter that he is focused on “sustainability” and addressing client concerns, arguing that “climate risk is investment risk.”

“No issue ranks higher than climate change in our clients’ lists of priorities,” Fink wrote. “They ask us about it nearly every day.”

But Patronis went on to question BlackRock’s ability to deliver strong returns due to its ESG-focused approach.

“As Florida’s Chief Financial Officer, it’s my responsibility to get the best returns possible for taxpayers,” he said. “As major banking institutions and economists predict a recession in the coming year, and as the Fed increases interest rates to combat the inflation crisis, I need partners within the financial services industry who are as committed to the bottom line as we are—and I don’t trust BlackRock’s ability to deliver.”

BlackRock said in a statement to Fortune that, as a fiduciary, its “sole goal” is driving returns for clients.

“We are surprised by the Florida CFO’s decision given the strong returns BlackRock has delivered to Florida taxpayers over the last five years. Neither the CFO nor his staff have raised any performance concerns,” they wrote.