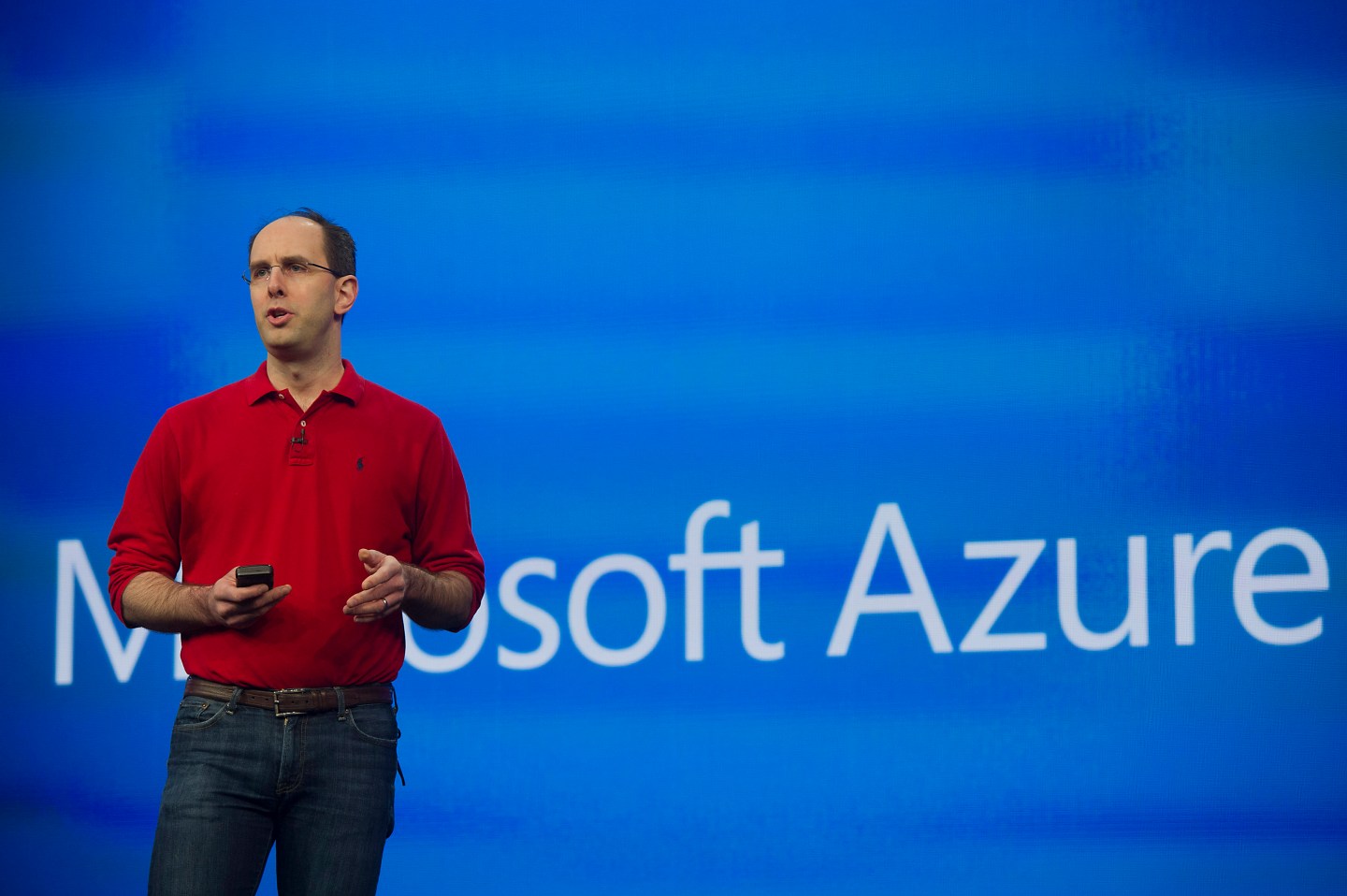 OpenAI’s ChatGPT is quickly moving from exhilarating novelty to enterprise cornerstone—and spotlighting a fast-emerging power dynamic in the process.

Microsoft officials announced Monday that the tech titan’s Azure cloud customers are getting broad access to the generative A.I. tech developed by OpenAI, including the systems behind the ChatGPT chatbot and DALL-E 2 text-to-image generator. Microsoft initially made much of OpenAI’s tech available via Azure in late 2021, but a limited number of customers were granted access.

The development marks a rapid escalation of Microsoft’s foray into generative A.I., illustrating its ambitions for integrating OpenAI’s tech throughout the company. Microsoft is OpenAI’s “preferred partner” for commercializing the startup’s tech after investing $1 billion in the outfit in 2019. Fortune’s Jessica Mathews and Jeremy Kahn reported this month that Microsoft has since committed $2 billion more to the company and is deliberating an additional investment worth up to $10 billion.

The offering should boost the attractiveness of Microsoft’s Azure offering, the world’s second-largest cloud computing platform, as it competes with market leader Amazon Web Services and third-place Google. Microsoft’s Azure clients will soon be able to incorporate OpenAI offerings into their own applications, helping them automate repetitive tasks, write basic text, and analyze large databases, among other chores.

Microsoft’s move raises several questions for the future: Will generative A.I. actually prove profitable? When will Google start commercializing its own advanced A.I. products? Is Microsoft acting responsibly by releasing generative A.I. technology that its own creators call “incredibly limited”?

For now, though, I want to look back at how we reached this point and what it says about Big Tech’s influence over machine learning.

While OpenAI is hardly a rags-to-riches story—it began as a nonprofit with $1 billion in committed funding from tech luminaries like Elon Musk and Peter Thiel—its operations bear the hallmarks of a scrappy startup. The company generates minimal revenue, employs only a few hundred people, and preaches about benefiting “all of humanity.” (Insert Silicon Valley meme here.)

But whereas the Jeff Bezoses and Mark Zuckerbergs of yore could gradually build their products over time, relying on incrementally rising amounts of venture capital funding before going public, high-level machine learning technology requires massive amounts of upfront investment in computing power. It also can’t be easily commercialized without major enterprise partners.

In turn, organizations with deep pockets, sprawling business interests, and vast computing infrastructure—namely Microsoft, Amazon, and Google—are well-positioned to swallow up innovators in need of support. To wit, OpenAI opted to take Microsoft’s money, an undisclosed chunk of which comes in the form of Azure credits, in exchange for first dibs on its tech. Blockchain startup ConsenSys struck a similar deal in early 2022, albeit at a lower price tag.

“Microsoft partnership has been one of OpenAI’s secrets to success — we work very closely with Azure to produce AI training & serving infrastructure that can scale to our cutting-edge (& entirely unprecedented!) needs,” OpenAI president and co-founder Greg Brockman tweeted last month.

Big Tech behemoths using their money and might to crowd out the competition is hardly a novel concept. Nearly a decade ago, Google reportedly spent more than $500 million to acquire A.I. pioneer DeepMind, which just started turning meager profits. At the same time, many aspiring A.I. companies are going the old-fashioned route, staying independent and using their venture capital fund to cover infrastructure vendor costs.

But if Microsoft can spin gold out of its OpenAI tie-up, the success story could pave the way for deeper Big Tech investments in A.I., further concentrating power in the hands of the few. As DeepMind founding investor Humayun Sheikh said in 2020: “Commercialization for any A.I.-based company is very difficult, unless you get absorbed by a big corporate.”

Editor’s note: A previous version of this article incorrectly listed the reported price of Google’s acquisition of DeepMind.

Back on the road. Chinese ride-hailing company Didi announced Monday that the Chinese regulators have lifted a ban on new user sign-ups, ending one of the most aggressive actions taken by government officials to crack down on the republic’s tech industry, Bloomberg reported. The decision clears the way for Didi, China’s largest ride-hailing company, to return to app stores after an 18-month absence. The decision marks another sign of the Chinese easing its two-year assault on domestic tech companies.

More trouble for Microsoft. European Union antitrust officials are expected to take an early step in the coming weeks toward objecting to Microsoft’s planned $68.7 billion acquisition of video game developer Activision Blizzard, Reuters reported Monday, citing sources familiar with the matter. The European Commission is preparing a statement of objections that outlines the body’s competition-related concerns about the deal. Microsoft hoped to stave off a statement of objections ahead of the EU’s mid-April deadline to formally block the purchase.

Hashtag no filter. A months-long investigation by the Federal Election Commission did not produce evidence that Google intentionally pushed more GOP fundraising emails to spam folders than solicitations from Democrats, the Wall Street Journal reported Tuesday. Federal officials concluded that any disproportionate filtering of Republican emails sent to Gmail was inadvertent, prompting them to close the case. Top Republican organizations filed a complaint with the commission following an academic study that found GOP messages were far more likely to land in spam folders than those sent by Democrats.

Meta does an about-face. Do Meta and Mark Zuckerberg have their market mojo back? The Facebook and Instagram parent’s stock has quietly recovered its fall swoon, rising roughly 50% since early November, though investors still remain skeptical of the company, Bloomberg reported Tuesday. Meta ranks as the S&P 500’s best performer in the past three-plus months, rebounding from a sharp plunge caused by a third-quarter earnings miss and a disappointing fourth-quarter outlook. However, Meta’s continued commitment to pouring billions in virtual reality and metaverse-related technology remains an overhang on investor sentiment.

Even after the surge, Meta sells for less than half its average price-earnings multiple of the past decade and is one of the cheapest stocks in the Nasdaq 100 Index. Its shares are still 64% below their 2021 record and analysts on average expect the stock to gain a mere 7.7% over the next 12 months.

The problem, from the bears’ perspective, is that Meta’s expensive bet on the metaverse — an immersive virtual world — isn’t going away any time soon and will account this year for a fifth of all costs. And its once-lucrative ad business is stagnating because of changes in Apple Inc.’s privacy policy that makes it more difficult to target consumers with ads on its devices.

ChatGPT is a salvo in a growing generative A.I. ‘arms race’ between the U.S. and China, by Nicholas Gordon

Tesla owners lash out at Elon Musk after he slashes car prices by thousands of dollars: ‘I feel like I got duped’, by David Welch and Sean O’Kane

EV adoption is soaring across the world—Wyoming wants to put an end to that, by Christiaan Hetzner

Investors are pouring billions into artificial intelligence. It’s time for a commensurate investment in A.I. governance, by Beena Ammananth

Taking off the white gloves. Disney’s on icy terms with an activist investor. The entertainment conglomerate issued a surprisingly blistering statement Tuesday against Trian Partners co-founder Nelson Peltz, who launched a proxy battle last week aimed at taking down CEO Bob Iger, CNBC reported. In a securities filing, Disney officials said Peltz “has no track record in large cap or tech” and “no solutions to offer for the evolving media landscape,” while accusing him of failing to understand the company’s business. Peltz has complained about Disney’s corporate governance and Iger’s $71 billion acquisition of 21st Century Fox, contributing to the stock’s underperformance. Disney shares are trading about 35% below their pre-pandemic peak.