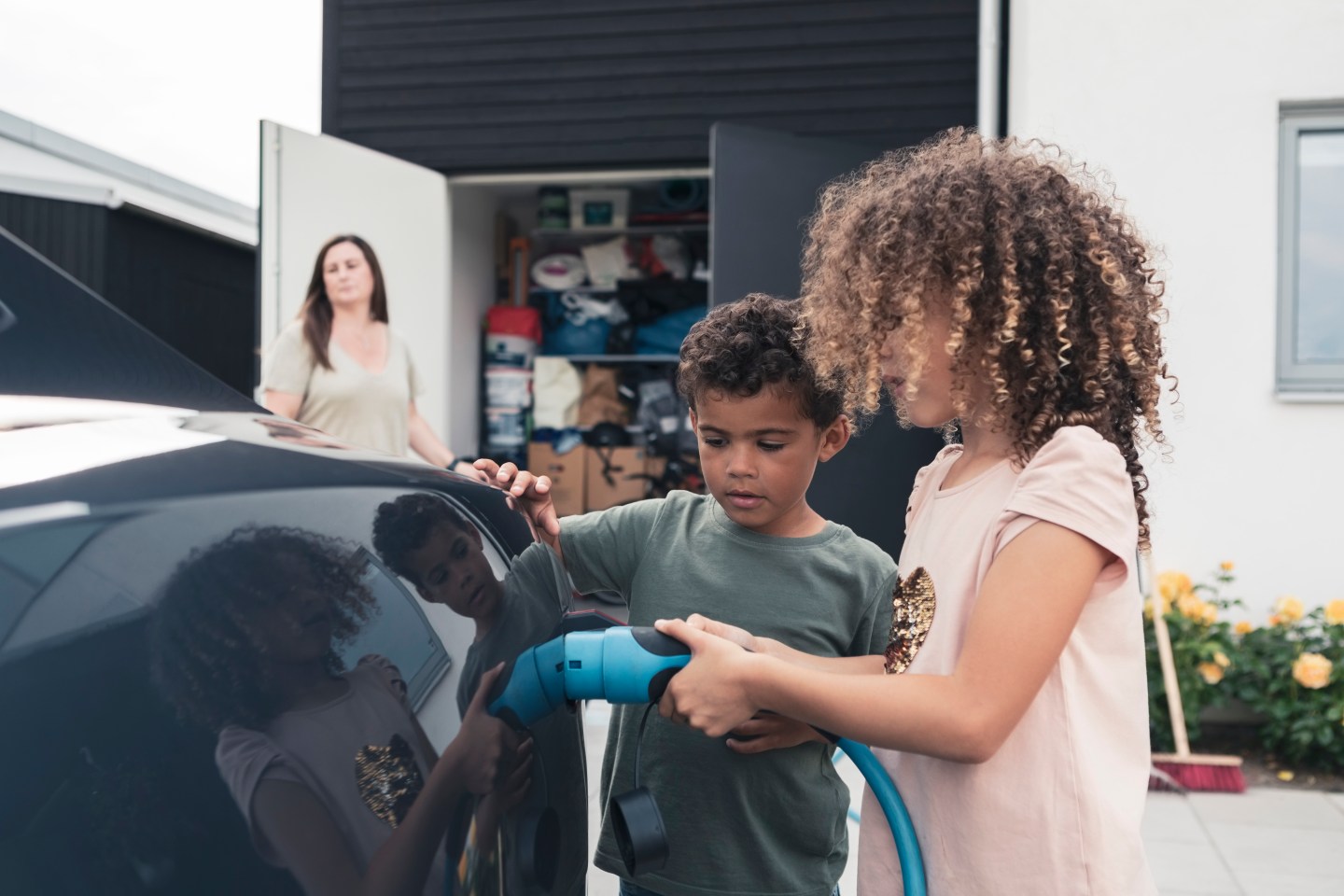 Republican legislators in the state of Wyoming have proposed a state-wide ban of electric vehicles, fearing a hit to their fossil fuel-dependent economy.
Getty Images

As zero-emission vehicles continue to replace combustion engine cars the world over, six Republican officials in the energy-rich state of Wyoming are looking to stem the tide.

Governments have generally been if anything supportive of the EV trend as many seek to tackle choking urban smog and cut imports of fossil fuels. The latter not only makes them beholden to unstable petrostates such as Russia and Iran, but it also contributes to trade deficits and acts as a drag on economic growth.

That’s why one out of every 10 automobiles sold globally last year came equipped with some form of a lithium battery for the first time ever, thanks to the growing popularity of the Tesla Model Y, BYD Seal and Hyundai Ioniq 5.

Yet some jurisdictions still depend heavily on digging up hydrocarbons such as crude oil and natural gas for their prosperity. As a result they fear the eventual loss of the internal combustion engine (ICE) could cost their communities in terms of lost jobs and stifled growth.

One of those is Wyoming, where four state senators and two assemblymen have co-sponsored a resolution in the Cheyenne legislature that would ban the sale of EVs—a “misadventure” in their words—by 2035.

Since it is non-binding, it serves more than anything as a symbolic criticism against EV-friendly states like California that plan to phase out conventional cars that use petroleum distillates refined from oil sourced in states like Wyoming.

Furthermore, the resolution pushes back against President Biden’s federal EV tax credits, which entered into effect this year and threaten to further undermine demand for crude, whose local production has helped create well-paying jobs in Wyoming for a century.

“We are concerned about numerous states that have asked to discontinue petroleum powered vehicles—not just gas, diesel also—in their state by 2035,” state senator Jim Anderson told Fox Business on Monday. “We want to show support for our basic Wyoming industries: gas, oil and the extraction and processing of those products.”

Asked whether the six Republicans would go so far as to actively shut down dealerships selling new electric vehicles, however, Anderson replied no.

“We just wanted to make this statement since there seems to be a movement nationwide to eliminate our vehicles,” he told Fox, adding the state has been hurt “a lot by the [Biden] administration, because they have eliminated any new applications for drilling.”

There are well-founded concerns over the environmental effect of producing EV batteries due their energy-intensive assembly process. Moreover the battery cells require considerable mineral resources mined in far-flung countries like Indonesia (nickel) and the Democratic Republic of Congo (cobalt)—at least until recycling plays a greater role in replacing the extraction of virgin metals.

EV advocates themselves acknowledge the vehicles only operate emission-free, meaning their CO2 footprint depends heavily on the mix of renewable power coursing through the grid, as well as how each one is manufactured and disposed of at the end of a vehicle’s lifecycle.

The problem for legislators like Anderson is that there is no turning back the clock for the auto industry at this point. Their profit margins are so thin they can no longer afford to develop in parallel two completely different types of powertrain once the direction of the prevailing winds is clear.

Executives have therefore sought to conserve their limited financial resources by allocating increasing amounts of their research and engineering budget towards de-carbonizing their model range.

For example, Mercedes-Benz has stated it only intends to invest in further optimizing their existing ICE technology rather than spend billions to design a whole new, more powerful and efficient family of combustion engines when demand for conventional premium cars has likely already peaked.

As a result, the auto market by 2035 is expected to be overwhelmingly electric as every year manufacturers replace more ICE models with new electric vehicles like next year’s highly anticipated Volkswagen ID Buzz van, already for sale in EV-friendly Europe.