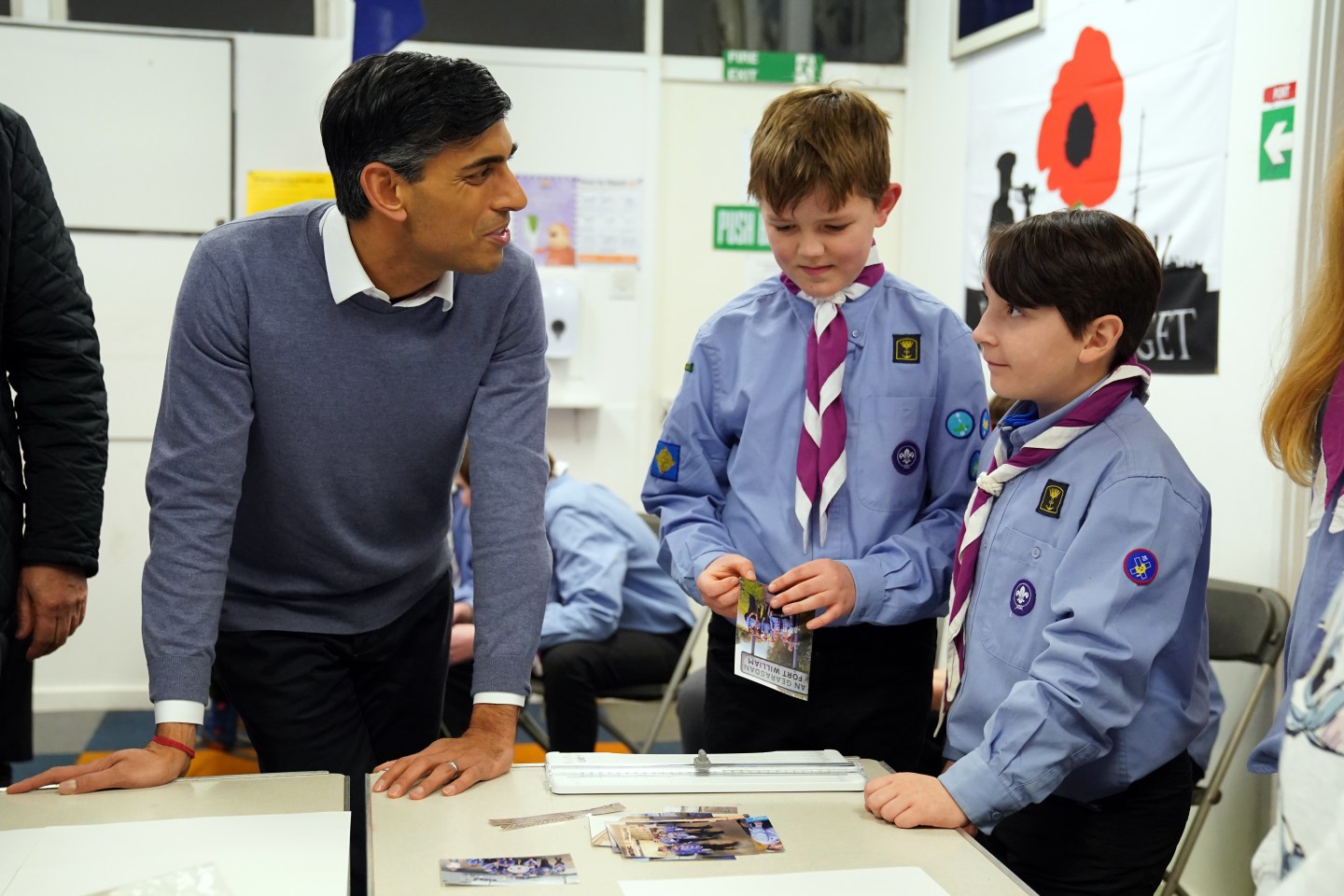 Prime Minister Rishi Sunak is prepared to bow to the demands of Conservative Party rebels who support an amendment designed to toughen the Online Safety Bill.
Andrew Milligan—WPA Pool/Getty Images

UK tech bosses may face jail for failing to protect children from online harms after Prime Minister Rishi Sunak prepared to bow to the demands of Conservative Party rebels and amend legislation wending its way through Parliament.

Sunak had faced potential defeat in the face of a planned rebellion by some 50 Tories who supported an amendment designed to toughen the Online Safety Bill. The proposal would deem company directors who failed to shield children from content promoting abuse, suicide or self-harm as having committed an offense punishable by as long as two years in prison.

Sunak, who’s built his pitch to UK voters around boosting investment in the UK, had intended to limit criminal sanctions to executives who refused to cooperate with information requests or investigations from media regulator Ofcom.

But the premier is now set to bow to pressure from the rebels and change the bill as he seeks to avoid a damaging loss in parliament, according to two people familiar with the government’s plans. The government will give an initial indication of the shift in approach when the bill is debated Tuesday but is unlikely to set out the penalties in detail until later when the legislation reaches the upper House of Lords, one of the officials said.

“If the bill does one thing and it does it really well it will be a successful bill,” one of the rebels, former party leader Iain Duncan Smith, told GB News late on Monday. But if it does 50 things without a real sense of punch, I think it’s wrong.  It’s about those who are most at risk, those who cannot defend themselves, those that get dominated by online harms, this is the area where we have to act.”

Duncan Smith said he believed the government will amend the bill in the Lords to accommodate rebel demands.

A spokeswoman for Culture Secretary Michelle Donelan declined to comment. Junior minister Paul Scully is expected to lay out the government’s plans on Tuesday. The new measures would most likely only apply when bosses deliberately choose to ignore enforcement action by the regulator, one of the officials said.

But the rebel proposals are opposed by campaigners who warn they’ll hamper freedom of expression.

“Fear of a jail sentence, will lead to over-moderation where content that is lawful is removed,” Monica Horten, a policy manager at Open Rights Group, which campaigns for digital freedoms, said in a statement. “It portends the use of upload filters – where an algorithm sweeps in and censors content before it has been posted.”

The legislation sets out new powers that will let Ofcom fine or sanction tech companies if they don’t follow new rules aimed at protecting people online. Those include such as being more transparent about risk assessments, enforcing their own terms and conditions, and heeding age limits and checks.

The bill — in development for almost six years, under seven Conservative secretaries of state — is aimed at curbing harms on any site or app which lets users interact, from social media to search engines. An impact assessment by the government last year estimated it will apply to more than 25,000 services.

Sunak has already backed down various times since taking office in October, in the face of several potential rebellions on planning reform and onshore wind proposals.