CFO roles are evolving—and women could come out ahead 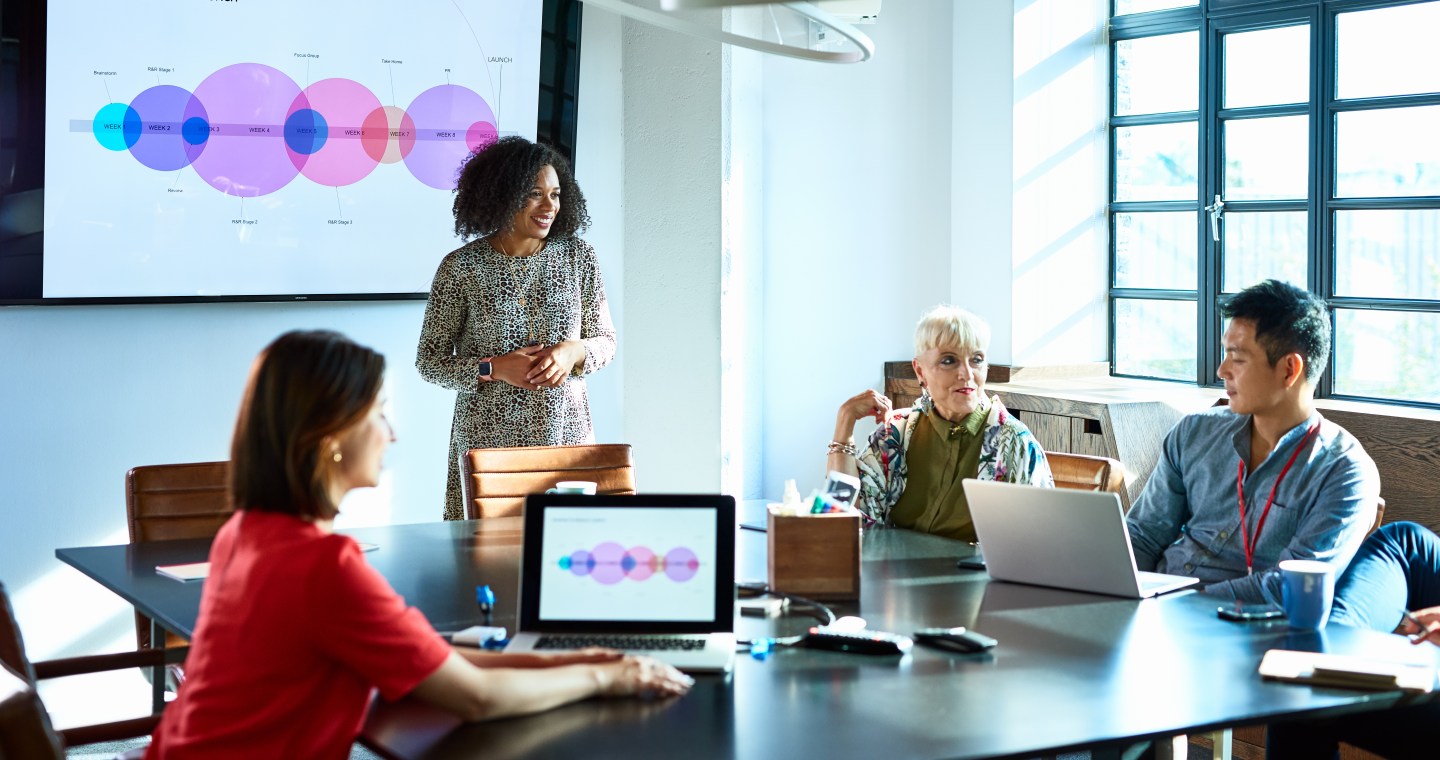 As we head into an uncertain year, companies would benefit from having more women in the finance function. Women in financial leadership roles help to boost corporate growth, returns, and market valuations, according to Boston Consulting Group (BCG) research.

“Diversity in general drives financial performance, especially as we live in a much more dynamic, volatile, interconnected world where things happen really quickly, and people need to make decisions in a cross-functional and thoughtful way,” says Juliet Grabowski, managing director and partner at BCG.

“Female CFOs communicate differently to the capital markets,” says Anna Oberauer, a partner at BCG based in Munich. “For example, they’re more cautious in earnings calls.” They also bring innovation, Oberauer says. “I think that really makes a difference for companies, and that’s why we both are quite eager to see more female CFOs,” she says.

However, women continue to be significantly underrepresented in financial leadership positions, especially the role of finance chiefs. Grabowski and Oberauer are co-authors of a recent report looking at a global sample of 150 large publicly listed and private companies. Just 13% had a woman in the CFO role. The percentage is slightly higher for European companies than for those in the U.S. and Asia-Pacific. Certain countries in Europe have in place mandates that a certain percentage of executive leadership must be female, Oberauer explains. The authors also analyzed DEI data within and across industries and regions from BCG’s Diversity and Inclusion Assessment for Leadership database.

According to Grabowski and Oberauer, here are several ways to advance women into financial leadership roles:

1) Rethink what a CFO’s experience should entail. The women finance leaders of the future might not be traditional accountants or even come from the ranks of finance, according to the authors. “Being open to non-traditional paths is increasingly not only an option, but I think a good path for many organizations,” Grabowski says. “Sourcing from new pools enables more women and other diverse candidates to come into those roles.”

“The skills and capabilities that are needed within finance are evolving,” she says. “So not just financial skills, but branching out into strategic advisory skills and increasingly digital and data skills.”

Women finance chiefs are more likely than men CFOs to have graduated from college with degrees in disciplines other than finance (32% versus 25%), according to the report.

“I think it’s more important to have a transformative skill set rather than just coming from a finance background,” Oberauer says. “Yes, a CFO still needs to understand the balance sheet, what’s the cash flow and so on.” But other aspects like IT and ESG are “becoming more and more important,” she says.

Kate Burke, the CFO, and chief operating officer at AllianceBernstein, recently spoke with me about how she pivoted from HR to finance chief.

2) Give visibility to role models. “If you’re a junior woman and you’re thinking about your career path, and you look up at the top, and you see only a certain archetype, it can be disheartening to a certain extent,” Grabowski says. A BCG study found that 51% of women would not accept a job from companies that do not match their DEI beliefs.

3) Demonstrate commitment to equal treatment. This includes standardizing pay grades and offering equal pay. Define clear metrics for measuring progress and holding leadership accountable for achieving strong results. “If you have an ambitious target and don’t reach it, you can still have a very good, open, and constructive conversation about why we didn’t hit the target,” Grabowski says.

4) Leadership committment. “Start with just listening,” Grabowski says. “I think leaders all have good intent, that’s for sure. But you learn so much by listening to the women and other folks around you about their experiences and about what they need.”

It will be interesting to see how companies will move the needle in 2023.

"How to Grow Your Top Line in a Down Market," a new report in Harvard Business Review, explores how companies can use "tough times to maximize their bang for the buck in sales and marketing." This will create the ability to "increase revenues by tens or even hundreds of millions of dollars within one to two quarters," according to the authors. The report explains opportunities in three areas: improving commercial effectiveness, increasing marketing ROI, and optimizing revenue from your existing customers.

Paul K. Ito was promoted to EVP and CFO at Hawaiian Electric Industries, Inc. (HEI) (NYSE: HE), the parent company to Hawaiian Electric Company, Inc. and American Savings Bank, F.S.B., effective Jan. 1. Ito was serving as HEI's interim CFO since July 2022. He was selected following a national search. Ito has been with HEI since 2018, where he has served as VP of tax, controller and treasurer. He also managed HEI's information technology efforts, leading digital transformation initiatives in accounting, tax and financial reporting.

Renee Lentini was named interim CFO at ImmunoGen, Inc. (Nasdaq: IMGN), as Susan Altschuller, current SVP, and CFO, on leave under the Family and Medical Leave Act, will not continue employment after her leave. Lentini was most recently VP of finance and chief accounting officer. Since joining ImmunoGen in 2004, Lentini has held positions of increasing responsibility with the company’s finance organization, including oversight for global accounting, tax, and treasury. ImmunoGen is searching for Altschuller’s permanent replacement.

"Sam Bankman-Fried was probably not offered a deal because he is likely the main instigator of the fraud, and there is no one higher up that he can testify against. He thus had no incentive to plead guilty, and will attempt to leverage his ability to take the case to trial to get a more favorable sentence than is being offered at the start of the case."

—James Park, a securities fraud expert at UCA Law, on Sam Bankman-Fried, the disgraced co-founder and former CEO of the crypto exchange FTX, pleading not guilty on Tuesday to eight criminal charges at his arraignment, as told to NPR.