There are 2 types of companies, Harvard remote work expert says: Embrace work from anywhere, or live in denial 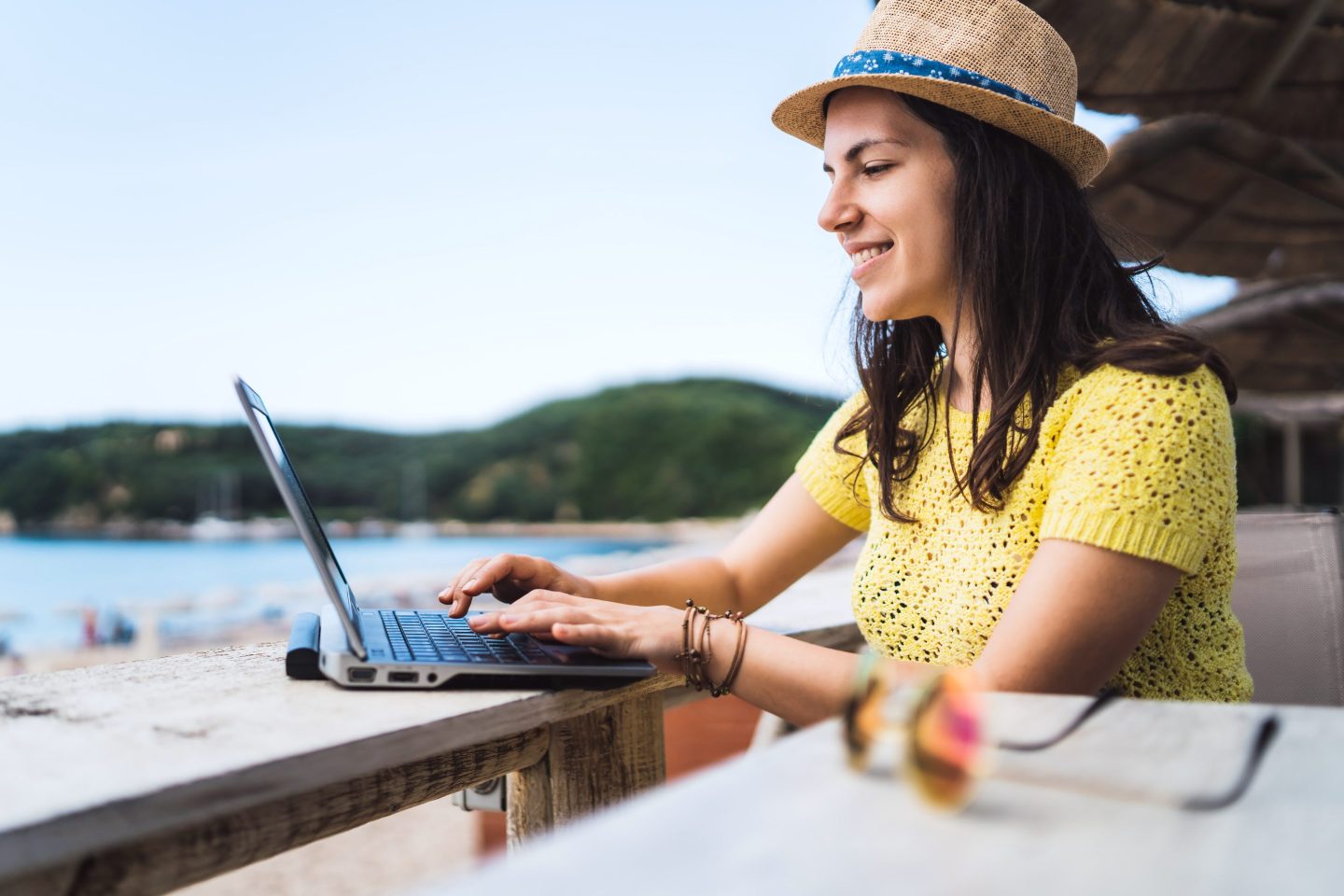 A young woman working while at a beach cafe.
Getty Images

Throughout 2022, with pandemic restrictions easing globally, businesses have grappled with a labor market that has been forever changed by the rise of remote work. Heading into the new year, some bosses were vocal in insisting that they could bring their employees back to the office. But Raj Choudhury, an economist from Harvard Business School, sees evidence that it’s already too late for that and warns that employers that don’t adapt quickly will be left behind.

“There are two kinds of companies: One is going to embrace work-from-anywhere, and the second is in denial—I feel those companies will lose their workforce,” he told Wired on Thursday. The reason why? Just consider what the best talent on the market actually wants.

Choudhury believes that it’s not bosses who shape industries, but top talent; and if companies want to lure that talent, they need to offer flexibility. The best workers want freedom to work from anywhere, and they’re more productive when they do so, according to the economist’s own research.

Choudhury warned that firms that try to “drag back time” from employees in the current labor market with return-to–office mandates will see their best workers leave.

Still, almost half of American CEOs said they want their workers to return to the office in an October CEO survey conducted by Fortune in collaboration with Deloitte. CEOs fear that remote workers may be less productive and less engaged.

But in the same survey, 71% of CEOs also noted there’s an ongoing talent shortage. And Choudhury’s comments are another sign that workers may be gaining the upper hand in the ongoing battle between executives and workers surrounding work from anywhere policies.

Some companies, like Goldman Sachs, were quick to call employees back into the office this year. Goldman’s CEO David Solomon said in October that he believes in-office work helps to retain the company’s “cultural foundation” and “bring people together.”

And Tesla CEO Elon Musk has even argued that remote workers are just pretending to work, while demanding his employees return to the office. When he took over Twitter earlier this year, the billionaire reversed one of the most dramatic “work from anywhere, forever” policies of the pandemic.

But the execution of return to office policies has been less-than-stellar, with many workers ignoring or even fighting against them. Musk was eventually forced to soften his hard-line stance against remote work at Twitter, saying that as long as remote workers were doing “excellent work” they didn’t have to return to the office.

Choudhury, and other experts like him, believe this is evidence that remote work is here to stay.

And recent studies have shown that CEOs’ concerns about remote workers may be overblown. In the Future Forum’s October quarterly Pulse survey of 10,000 white-collar workers, employees with “full schedule flexibility” had productivity scores that were 29% higher than those with no flexibility. And a recent Harvard Business Review study found that remote workers are actually more engaged than their peers.

Remote work isn’t a solution for every employer, but some experts argue that sensationalist headlines about remote workers having hidden second jobs or slacking off have led business leaders to fear an inevitable transition in the way the labor market functions.

Some CEOs are willing to adapt, however. Roughly 90% of tech CEOs said they will keep remote work policies in place because they can maintain productivity and save money on office space, according to a November survey from the consulting firm EY.

“Remote and flexible work are now seen as cost-savings opportunities,” the report said.