A huge number of employees are rebelling against in-office mandates. The battle is just beginning 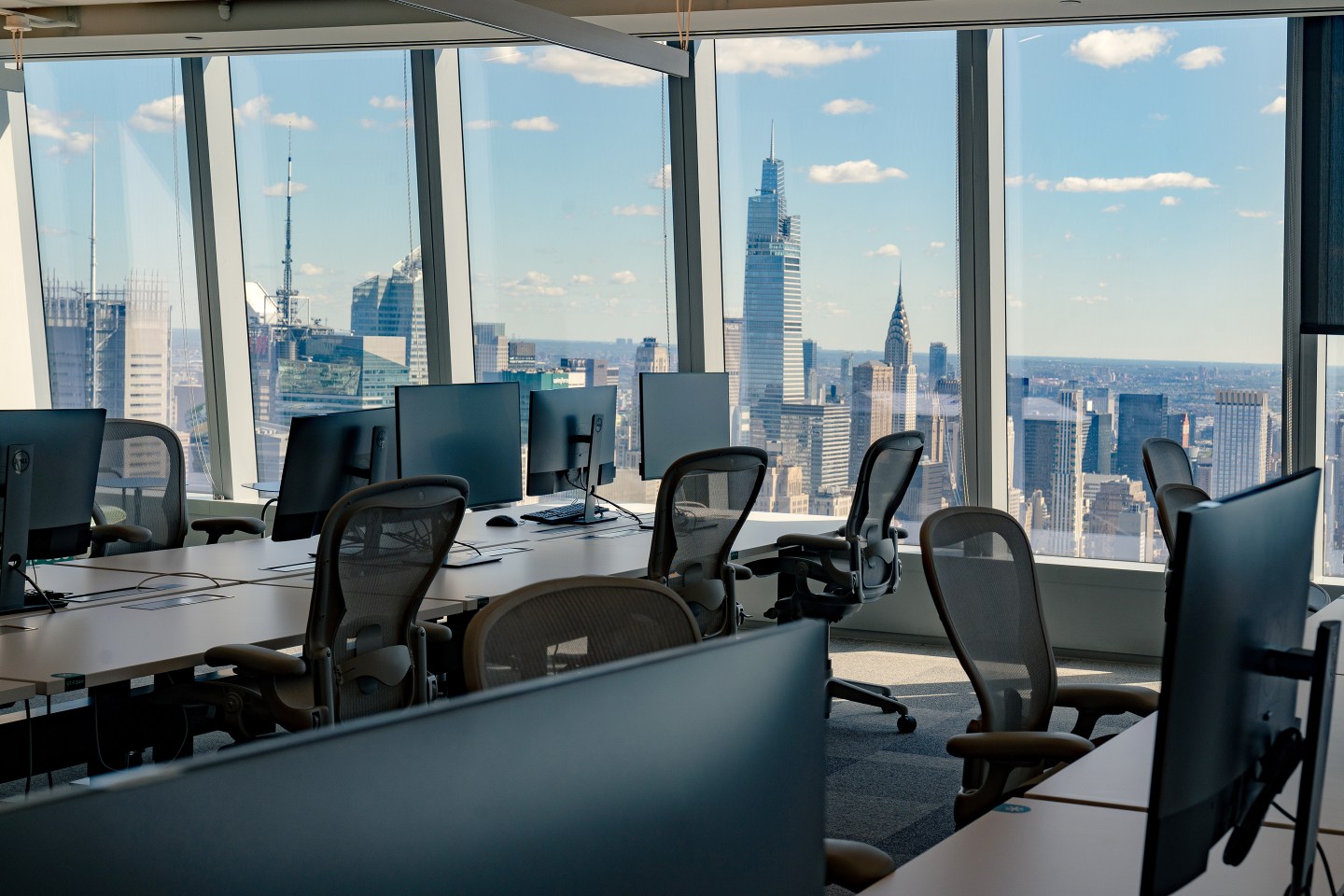 Only half of employees expected to be in-office are following through with company expectations.
Amir Hamja—Bloomberg/Getty Images

The glass might finally be half full for executives pushing workers back to the office, but the office is still half empty. Or half full, depending on your perspective.

Only 49% of employees expected by their employer to return to the office are actually going in five days a week, according to a study from WFH Research, first reported by Quartz at Work. And around 40% of workers still working remotely at least one day per week said they’d quit or look for another job if their employer mandated a full-office return.

The findings are the latest from Jose Maria Barrero, Nicholas Bloom, and Steven J. Davis, who have been surveying 2,500 to 5,000 working Americans on work-from-home attitudes every month since 2020. May’s data revealed that forcing employees to come into headquarters isn’t always effective. Remote work still has traction, even among workers that have received ultimatums.

“After more than two years with a lot of working from home, it’s not very realistic for companies to expect office workers, and those who can do at least part of their job remotely, back to the office full-time,” Barrero tells Fortune.

But, he adds, in-person work still has its merits. Due to the heightened ability to collaborate, converse, and make decisions, “relatively few jobs will remain fully remote, even as fully in-person work becomes rare among office workers,” Barrero says.

It’s a sign that hybrid work is winning company policies.

The best of both worlds

The findings come at a time when CEOs like Tesla’s Elon Musk, JPMorgan’s CEO Jamie Dimon, and Goldman Sachs’ David Solomon all have announced their intention to return to a fully in-person work model.

While CEOs like Musk threaten to fire dissident employees, respondents to WFH Research’s poll said that the promises for consequence are empty. When asked how their employer responded to employees who worked in office fewer days than they were asked to, the majority of respondents (43.2%) said nothing happened. While some reported threats of termination occurred, very rarely was someone actually fired (only 6.3% of the time).

It’s likely because fully in-person models have become harder to justify. Productivity has gone up among workers with more flexible schedules, and hybrid employees report feeling the most bonded with their coworkers. More than half of employees working a hybrid model prefer it, per a Gallup poll from October 2021.

It’s why hybrid work policies are more successful at getting more people back in office. The WFH Research survey found that of companies expecting their employees to work in the office four days a week, 83.8% of workers are already following their employees’ requests.

Companies like Google and Apple have taken notice and implemented their own hybrid plans. “Since we started our research project two years ago, employers have increasingly switched to planning for a hybrid work scheme after the pandemic,” says Barrero.

Employees who could work from home told WFH Research in 2020 that their employers said they could work remotely about 1.6 days a week post-pandemic. Employers have since increased that to 2.3 days.

Davis, one of the researchers, says that employers need to give workers an enticing reason to be at their office desks five days a week. As he puts it, “For employees to return happily to the office, the boss needs a compelling answer to this question: Why must I spend 30, 60, 90 minutes a day on commuting, when I’ve shown I can do my job from home?”

Are you resisting your employer’s in-office mandate? Email chloe.berger@fortune.com to share your experience.