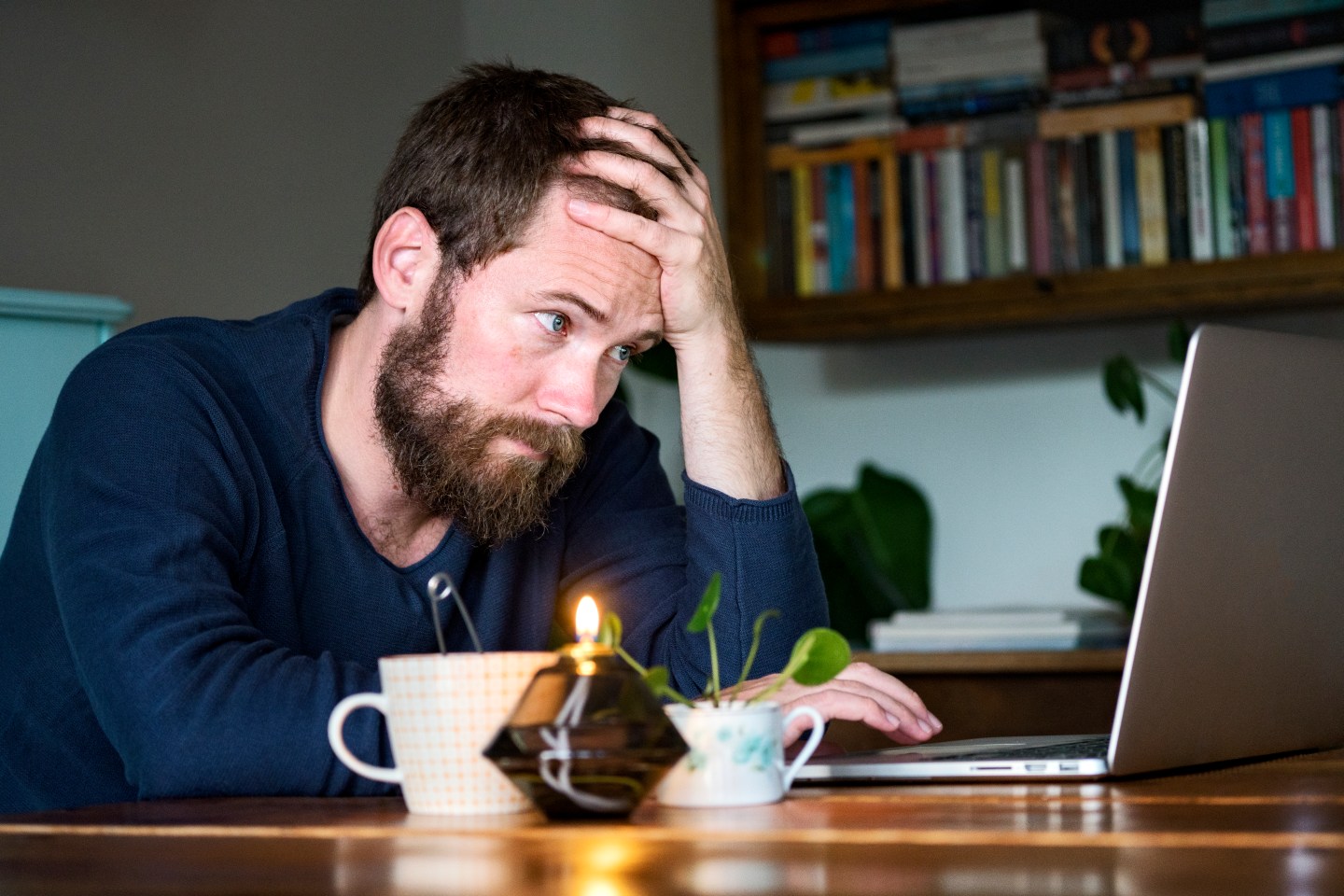 Proving that you're remotely working is a real timesuck.
Getty Images

“Remote work is no longer acceptable,” thundered Elon Musk in a leaked memo to Tesla staff in late May.

The world’s richest man doubled down when he confirmed the memo’s authenticity on Twitter, writing that remote workers “should pretend to work somewhere else.”

New data from Qatalag and GitLab puts a number on it: Knowledge workers waste an extra 67 minutes online each day doing menial tasks for the express purpose of proving to their managers and colleagues that they’re available and working.

It’s taking a strain. The survey polled 2,000 knowledge workers and found that more than half of them (54%) reported feeling pressure to show their online status by replying to emails and Slack messages, adding comments to Google Docs, or updating project management tools.

It’s a new twist in the developing saga of remote work, and it shows that escaping the culture of presenteeism isn’t as simple as escaping the (physical) office.

The report calls this “digital presenteeism.” It’s the remote version of traditional presenteeism, when workers stay at their desk for no reason other than to prove to their bosses they’re working.

Digital presenteeism hinges on that same visibility—whether that means “responding to notifications, or sitting in Zoom meetings you don’t need to attend,” the report says. And, like office presenteeism, it doesn’t correlate to any better work output.

The worries about maintaining active Slack status aren’t unfounded. Many CEOs besides Musk have been vocal about their belief in the superiority of in-person work.

Goldman Sachs CEO David Solomon calls remote work “an aberration,” while remote work is seen as no match for the office when it comes to learning, growth, and creating upward mobility, according to Chris Merrill, CEO of capital market company Harrison Street. “It’s very important to get the younger employees in the office, collaborating and working hard,” he said.

Seven in 10 people who work asynchronously—during the hours that work best for them, which are not necessarily when their colleagues are online—feel this pressure most acutely, reporting high levels of worry that people won’t recognize that they’re working.

The stakes of empty presenteeism are considerably higher for workers hesitant to take time off when they need it, like sick people. According to a March report from global advisory firm WTW, people with long COVID are 54% more likely to engage in presenteeism, or show up at work when they’re not able to fully function, Fortune reported.

It’s also not a concern limited to people with bosses; 68% of C-level executives reported feeling the same tug. This should be their signal to impart change; 63% of workers believe their company leaders “prefer a traditional culture with employees in the office.” This may be why they’re stressed to present themselves as fully online when they’re not in person; they may think that’s the next best thing.

The additional 67 minutes workers report spending online every day just to avoid suspicion that they’re not working enough adds up quickly: to more than five and a half hours in a week. Worse: Those hours do nothing for the employee nor the company. During that extra time, only 25% of people said they were highly productive.

This time would be better spent on almost anything else, but when it comes to producing quality work, flexibility trumps all. More than four in five respondents (81%) said they’re more productive and create higher-quality output when they’re able to work flexible hours, and agree that being online at certain times just for the sake of being online is counterproductive.

Have a story about digital presenteeism? We want to hear about your remote work experience. Email jane.thier@fortune.com.