The women who kept advocating for Brittney Griner’s release 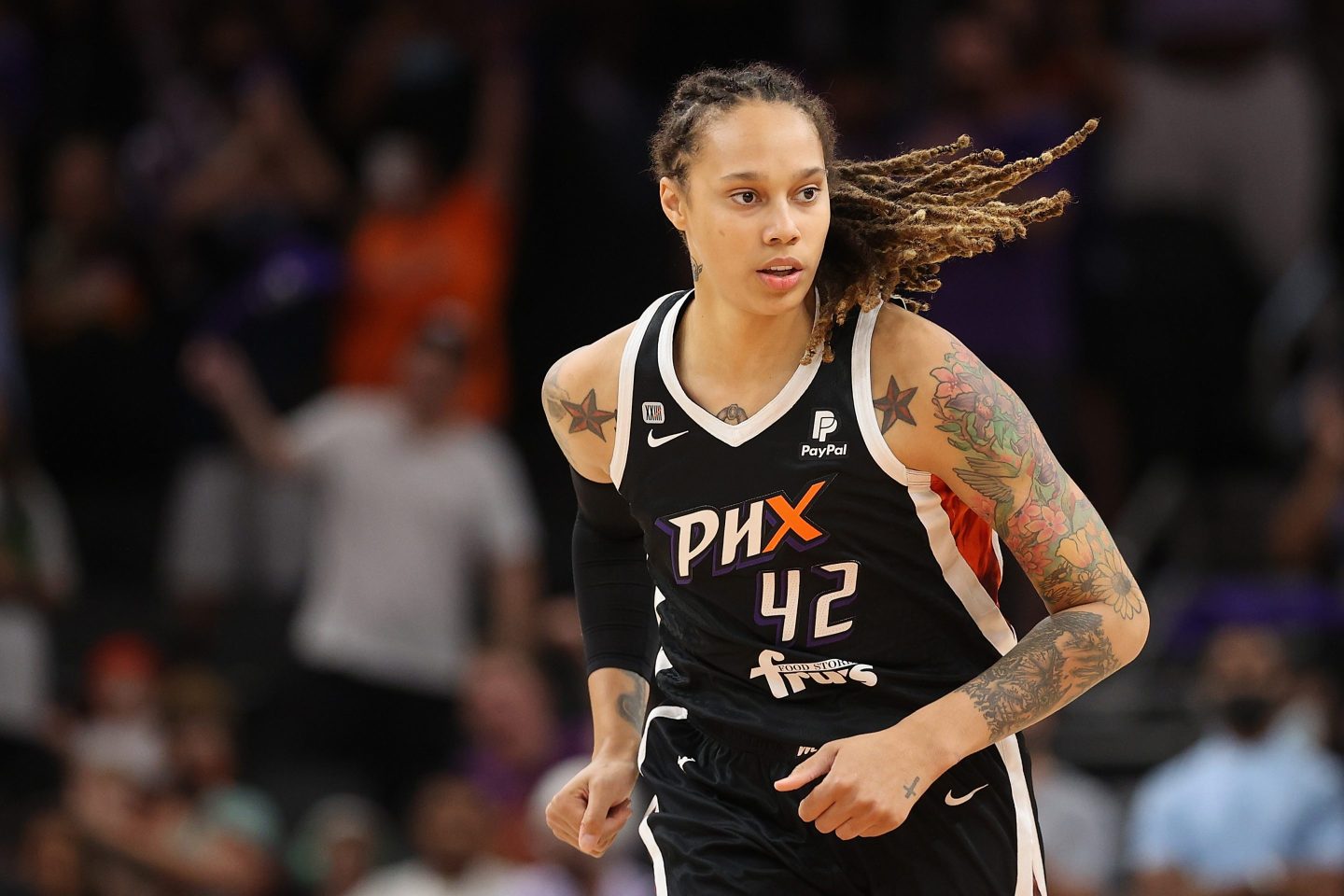 WNBA star Brittney Griner was released from a Russian penal colony and flew to the U.S. on Thursday.
Christian Petersen—Getty Images

Home at last Americans let out a sigh of relief yesterday morning when President Joe Biden announced that WNBA star Brittney Griner was on her way home after his administration agreed to a prisoner swap with Russia.

Those words carried more weight than ever after weeks of reports that described Griner’s condition as getting more and more dire. Griner was detained on drug charges in Russia in February after cannabis oil residue was found in her luggage. She was sentenced to nine years in prison. In October, her lawyers said she was losing confidence that the U.S. would secure her release. Last month, she was moved to a penal colony with incredibly harsh conditions.

Now, Griner is home. “Today, my family is whole,” her wife, Cherelle Griner, said yesterday. The Biden administration agreed to exchange Russian arms dealer Viktor Bout for Griner. The White House did not secure the release of Paul Whelan, another American detained in Russia.

Since Griner was detained in February, her family, friends, and teammates have advocated for her release. At first, that advocacy was quiet—Griner’s closest friends and family were advised to aim to secure her release without turning the process into a geopolitical issue. But when that tactic failed, those who care for Griner became loud advocates for her safety, urging the Biden administration to do more to get her home.

Every chance they got, WNBA players and coaches raised the issue on the court and on ESPN, urging people not to forget about Griner, whom they call BG. Full Circle Strategies CEO Jotaka Eaddy started her day yesterday by speaking with Olympic coach Dawn Staley and Women’s National Basketball Players Association head Terri Jackson. The three have worked together to advocate for Griner’s release, using the platform of the Win With Black Women Network, which Eaddy convened. “I believe that it is a beautiful day in America,” Eaddy told me yesterday morning.

Griner has been through an ordeal she shouldn’t have had to tolerate. Her plane out of Russia is taking her to an Army medical center in San Antonio, where she will be able to receive appropriate medical care. (She is said to be in good health.) For now, those who support Griner are focused on her safety and security. WNBA commissioner Cathy Engelbert said yesterday that she will “give her the appropriate space and time” and then “follow what Brittney and her family want to do about reengaging with the WNBA.”

Whether Griner chooses to return to her sport or not, her community is eager to support her. “I cannot wait to see Brittney Griner step foot on American soil,” Eaddy said.

Heartbreaking reveal Céline Dion revealed on Thursday that she has been diagnosed with stiff-person syndrome, a rare and progressive neurological disorder that impairs her ability to walk and sing. As a result of her condition, Dion said she is postponing her upcoming tour. Fortune

Newly minted Treasury Secretary Janet Yellen and U.S. Treasurer Lynn Malerba on Thursday became the first two women in U.S. history to have their signatures on American currency. The new bills will go into circulation next year. Associated Press

Party exit Arizona Sen. Kyrsten Sinema is leaving the Democratic Party to register as an independent, saying she is declaring “independence from the broken partisan system.” Washington Post

Speak out President Joe Biden signed the Speak Out Act into law on Wednesday. The legislation limits the use of nondisclosure agreements relating to workplace sexual harassment and assault allegations. Axios

Targeted Two female former Twitter staffers are suing the social media app, alleging women were disproportionately targeted during layoffs conducted shortly after Elon Musk’s acquisition. The lawsuit alleges 57% of female employees were laid off during the company’s Nov. 4 layoffs, compared with 47% of male employees. Twitter did not immediately respond to the lawsuit on Thursday. Business Insider

Workplace mistreatment David Graziano, Law & Order: Special Victims Unit’s new showrunner, has been accused of mistreating staffers on multiple shows and making inappropriate and demeaning comments to women and people of color. While Graziano admitted he was “a difficult person to work” with during one production, he denied making racist or sexist comments and other allegations from staffers. Los Angeles Times

“I have learned there’s nothing more powerful than an army of angry women…I really do think there’s something to be said for strength in numbers and strength of women.”

—Moms Demand Action founder Shannon Watts. As many as 140 candidates who were volunteers with the gun safety activist group were elected to office this year.