Twitter users are preparing for the platform’s funeral. Here’s why it’s too soon to bury Elon Musk 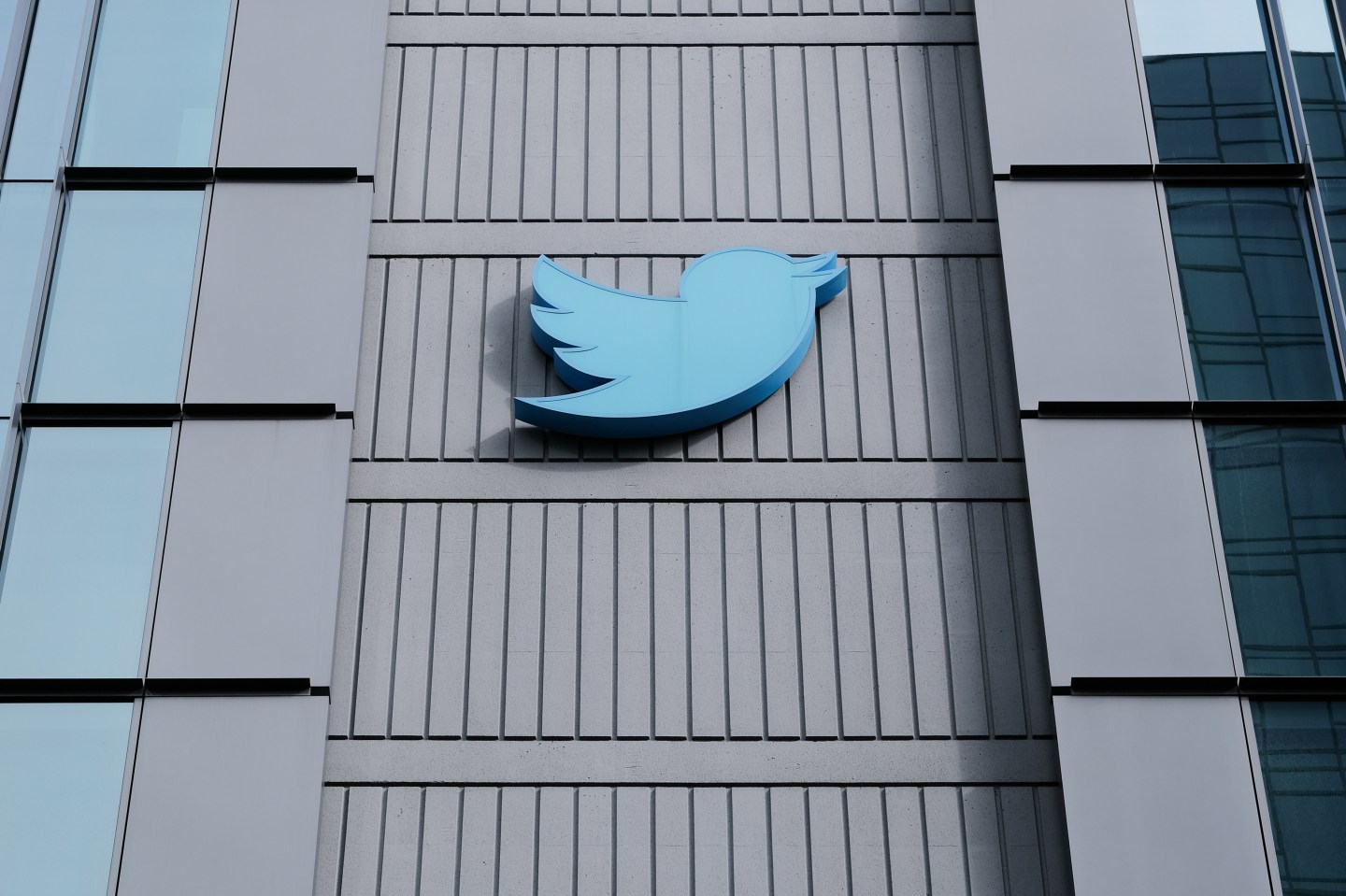 The mass exodus of Twitter employees as a result of Elon Musk's extreme leadership style has users concerned about the platform's future.
David Odisho/Getty Images

In the absence of good information, people will assume the worst.

That old communications mantra felt particularly apropos Thursday night, as Twitter users collectively melted down over the possible demise of the platform.

The furor stemmed from the latest destabilizing move by Twitter’s new owner, Elon Musk, who gave employees 39 hours to decide whether they’re willing to work “long hours at high intensity” under his “extremely hardcore” management style. When the deadline passed at 5 p.m. Thursday, hundreds of Twitter staffers said sayonara to their new overlord, joining the other half of the company’s workforce that Musk laid off earlier this month.

Musk, as he’s wont to do, has said little of consequence about the impact of the departures. He’s gutted Twitter’s communications and public relations staff, adopting the same approach he uses at Tesla.

As a result, there are sizable gaps in knowledge about Twitter’s operations, many of which are being filled with anonymously sourced news reports.

The number of employees working to keep Twitter afloat following Thursday’s deadline is unknown. Fortune‘s Kylie Robison, citing a source at Twitter, reported that preliminary data suggested about 1,000 to 1,200 workers didn’t agree to Musk’s terms, effectively signing their resignation papers. The Washington Post reported that some staffers ballparked the number of remaining employees at 2,000 to 2,500, or roughly one-third of the 7,500-plus people employed at Twitter prior to Musk’s arrival, but the estimate was hardly official. Other news outlets merely said hundreds of employees jumped ship, offering no hard numbers.

The current state of Twitter’s engineering infrastructure remains uncertain. Current and former employees anonymously told news outlets that key departments were wiped out by resignations and layoffs, leaving critical operations at risk of collapse. However, the short- and long-term effect of those departures isn’t completely clear.

It’s unclear how many people are moderating content on Twitter, ensuring that hateful, graphic, and abusive posts are taken down in a timely manner. News reports suggest those units were devastated by layoffs and the elimination of thousands of contract positions, but there’s no concrete data to show whether offensive content is proliferating.

Without more clarity on these fronts, the Twitter community held a preemptive wake for the platform. Hashtags like #RIPTwitter and #TwitterShutdown trended. Users shared their favorite memories of the site. Elon antagonists railed against his proprietorship.

Yet here is what we do know.

Twitter needed an overhaul. The company had lost $1.3 billion over the past two years (in part due to the pandemic) after posting profits of $2.7 billion in two years before that. User growth had stagnated. Visually-driven apps like TikTok and Instagram were eating its lunch. And management had become stale.

Musk’s overhaul didn’t need to be this slapdash. Musk and his team could have adhered to basic tenets of communications, human relations, and common decency while executing a swift but orderly reorganization of the company.

Twitter appeared to function normally into Friday morning, without any major outages, bugs, or security lapses—though that’s no guarantee of future stability. In fact, current and former engineers said an accumulation of issues over time, rather than an acute crisis, would more likely befall the site.

And finally, Twitter users will give Musk every chance to keep the platform alive. Despite all the grumbling and grousing, Twitter’s 240 million-plus daily active users aren’t migrating en masse to Mastodon (it’s only added about 1 million users since Musk’s takeover) or flocking back to Facebook. Musk, if he’s to be believed, tweeted late Thursday that “we just hit another all-time high in Twitter usage.”

Will Twitter ultimately flame out or flourish? Twitter devotees are understandably assuming the worst. But without better information about its current state of affairs, reports of its death are—for now—still exaggerated.

More than just the metaverse. Meta CEO Mark Zuckerberg told employees Thursday that business messaging through WhatsApp and Messenger represents “the next major pillar of our business,” Reuters reported. Zuckerberg’s comments offered insights to potential areas of short- and medium-term growth for Meta, which has staked its long-term future on developing augmented reality, virtual reality, and metaverse technologies. Meta remains in the “very early” stages of monetizing WhatsApp and Messenger, Zuckerberg said.

Responding to a nightmare. Sequoia Capital global managing partner Doug Leone said his venture capital firm will “dream a little less” in the coming months following its lost $210 million investment in FTX, CNBC reported Friday. The comments came as venture capitalists come under scrutiny for investing $2 billion in the cryptocurrency exchange, which filed for bankruptcy last week, despite evidence of lax due diligence and poor risk-mitigation practices. However, Leone suggested Sequoia Capital performed careful due diligence and couldn’t have foreseen the circumstances leading up to FTX’s demise.

Feeling better in Beijing. Chinese e-commerce giant JD.com posted strong sequential revenue growth in the third quarter, weathering a broad downturn in the republic’s economy, Barron’s reported Friday. The online retailer saw revenue rise 11% year-over-year for the quarter, up from the 5% year-over-year increase reported in the prior quarter. JD.com’s Hong Kong-listed shares closed up 4% Friday, while its Nasdaq-listed shares were down 3% in mid-day trading Friday.

Battle over the bands. TikTok and the music industry are locked in a leverage battle—one that will come to a head sooner rather than later. Insider reported Friday that the co-dependent relationship between the social media giant and music executives is getting tested by TikTok’s desire to better monetize audio on its platform. The ByteDance unit is building out a potential digital streaming rival to Spotify and Apple Music, and to do so, it will need to secure licensing agreements with labels. The music business has benefited greatly from TikTok, which listeners increasingly use to discover new artists and listen to song clips. However, industry executives worry that TikTok will make low-ball licensing offers because companies must keep their music on the app to stay relevant.

TikTok is positioned to disrupt the status quo of how record labels, publishers, and artists make money from the internet. Digital streaming has been a bright spot for the music industry in recent years as platforms like Spotify and Apple Music have created a new revenue source for labels and publishers. As social media takes on a bigger role in consumption, music rights holders are keen to lock in their cut of revenue.

"The argument from the labels' position is that TikTok wouldn't have an app without music because that's what people are primarily using in their videos," said Tatiana Cirisano, a music industry analyst and consultant at the research firm MIDiA Research. "The argument from TikTok's side is TikTok is now so important to the music industry that they can't afford to not have their music on the platform."

The Enron man in charge of restructuring FTX has one big takeaway from this bankruptcy: There is no paper trail, by Jeff John Roberts

Elon Musk softens his remote-work mandate at Twitter after many staffers opt to quit rather than continue in his ‘hardcore’ office environment, by Kurt Wagner, Davey Alba, and Bloomberg

Barclays and Jaguar looking to scoop up Meta and Twitter cast-offs to ramp up tech divisions, by Christiaan Hetzner

Here’s how to survive the VC winter, according to EY’s U.S. venture capital leader, by Jeffrey Grabow

Interested in a change. Facebook stalkers will soon have fewer options for learning about their long-lost high school crush. Starting in December, Facebook users will no longer be able to list their sexual preference, religious views, political persuasion, or address in their profile, Gizmodo reported Thursday. Meta officials said the change is designed to “make Facebook easier to navigate and use,” though it also follows years of complaints about data mining and targeted advertising by the world’s most ubiquitous social media app. The move also comes as Facebook tries to amplify more recommended content, ala TikTok, at the expense of legacy social networking between users.