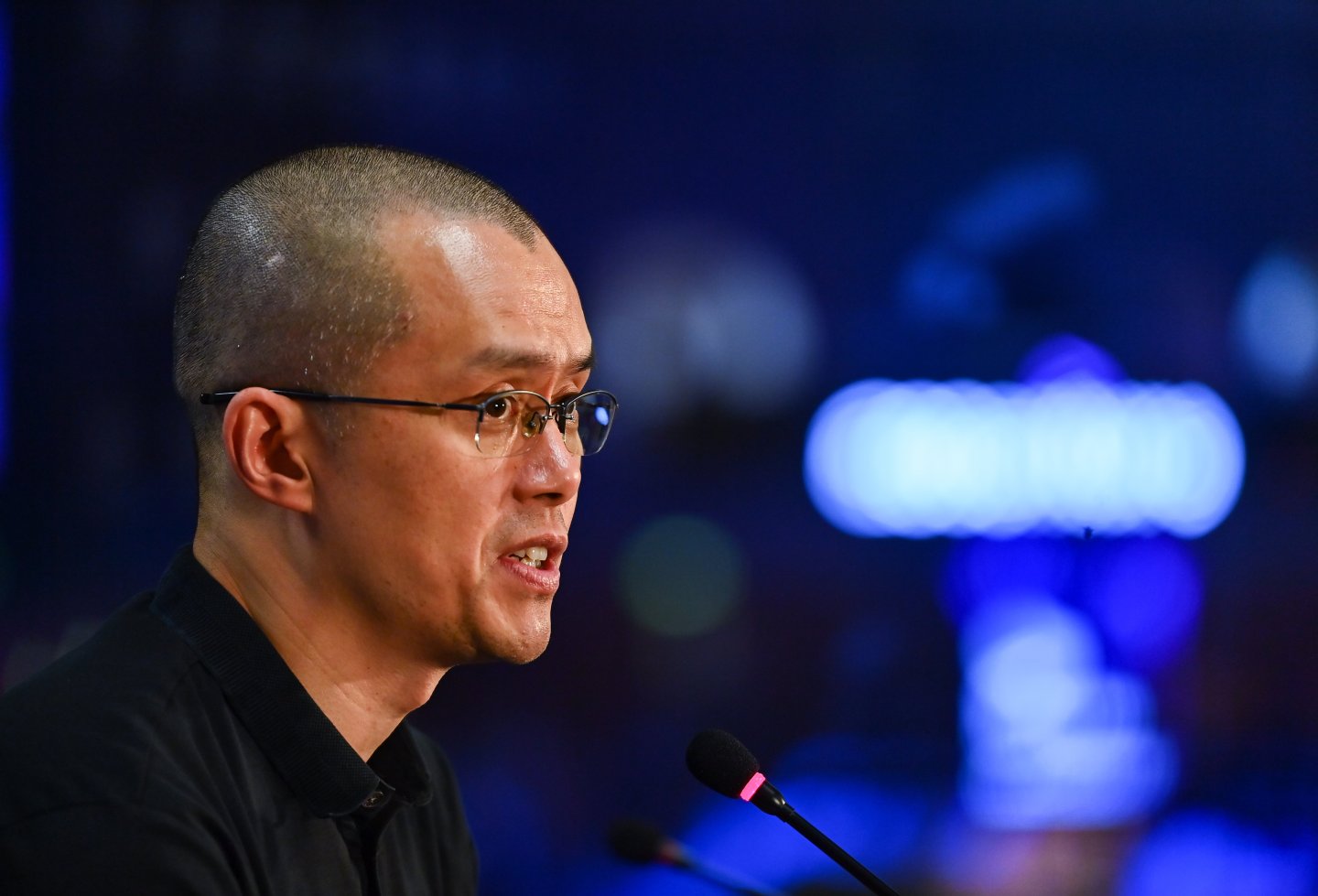 “Only a psychopath can write that tweet,” Zhao said on Thursday, responding to a question from a moderator at an investment summit sponsored by the Milken Institute.

CZ was alluding to a post from Bankman-Fried that he “might have more to say about a particular sparring partner”.

Zhao has previously said he suspected that Bankman-Fried’s collapsed empire was responsible for leaks that endangered his children, telling the industry on Monday he had evidence pointing to FTX as the source.

Whether by default or design, Binance emerged from the collapse of FTX as the most powerful player in the crypto ecosystem — one able to sink a powerful rival in a matter of days. The FTX collapse wiped away all of Bankman-Fried’s wealth, and he may be facing jail time.

The fallout has sparked contagion across the industry, sparking a liquidity crisis at crypto lender Genesis Global Capital, a unit of Barry Silbert’s Digital Currency Group.

This in turn has caused problems for Gemini Earn, a yield earning service provided by billionaire twins Tyler and Cameron Winklevoss, who had partnered with Genesis.

Now Binance’s separately managed U.S. unit is reportedly weighing the acquisition of failed crypto lender Voyager Digital, which once was a target of FTX.

Zhao has disputed however that Binance directly benefited from its competitors’ troubles. Earlier this week he argued his exchange is so dominant that grabbing market share from its rivals is less lucrative than growing overall crypto adoption around the globe, which he estimates at roughly 0.5% of total wealth worldwide.

With his tweet, Bankman-Fried may have been targeting another crypto mainstay, however.

There has been speculation in the crypto community that Bankman-Fried’s cryptic reference of a “particular sparring partner” may have in fact been referring to his former colleague Sam Trabucco, who ran Alameda Research until leaving the quant hedge fund in August, at the time citing a desire to move on with his life.

As part of the bankruptcy of FTX, it emerged that Alameda had taken heavy losses earlier this year after the TerraUSD stablecoin collapsed and it used FTX client funds to cover its bets.

CZ admitted as much on Thursday, saying he wasn’t entirely positive that Bankman-Fried was trying to take the Binance founder down with him.

“I’m actually not sure if that tweet is even tweeted at me, or us,” he said at the Milken Institute event.

Zhao meanwhile had to defend himself earlier this week for legitimizing FTX as a safe exchange with its own seal of approval, as he backed it early on even though it turned out the company lacked even basic compliance guardrails.

“I understand the sentiment,” the Binance founder said, explaining that his business did not come out unscathed either: “We had $580 million worth of [FTX native token] FTT—we sold a small portion of it, but we still hold a very large bag. So I think we acted in very ethical ways.”

Painting the entire crypto industry as “totally corrupt”, famed economist Nouriel Roubini told the United Arab Emirates it should expel Zhao since their resident was a “walking time bomb” and his exchange was banned or under investigation in the U.S. and the U.K..

Zhao responded it was “impolite” to spread misinformation: “We’re the most licensed crypto exchange in the world,” he said on stage Thursday.