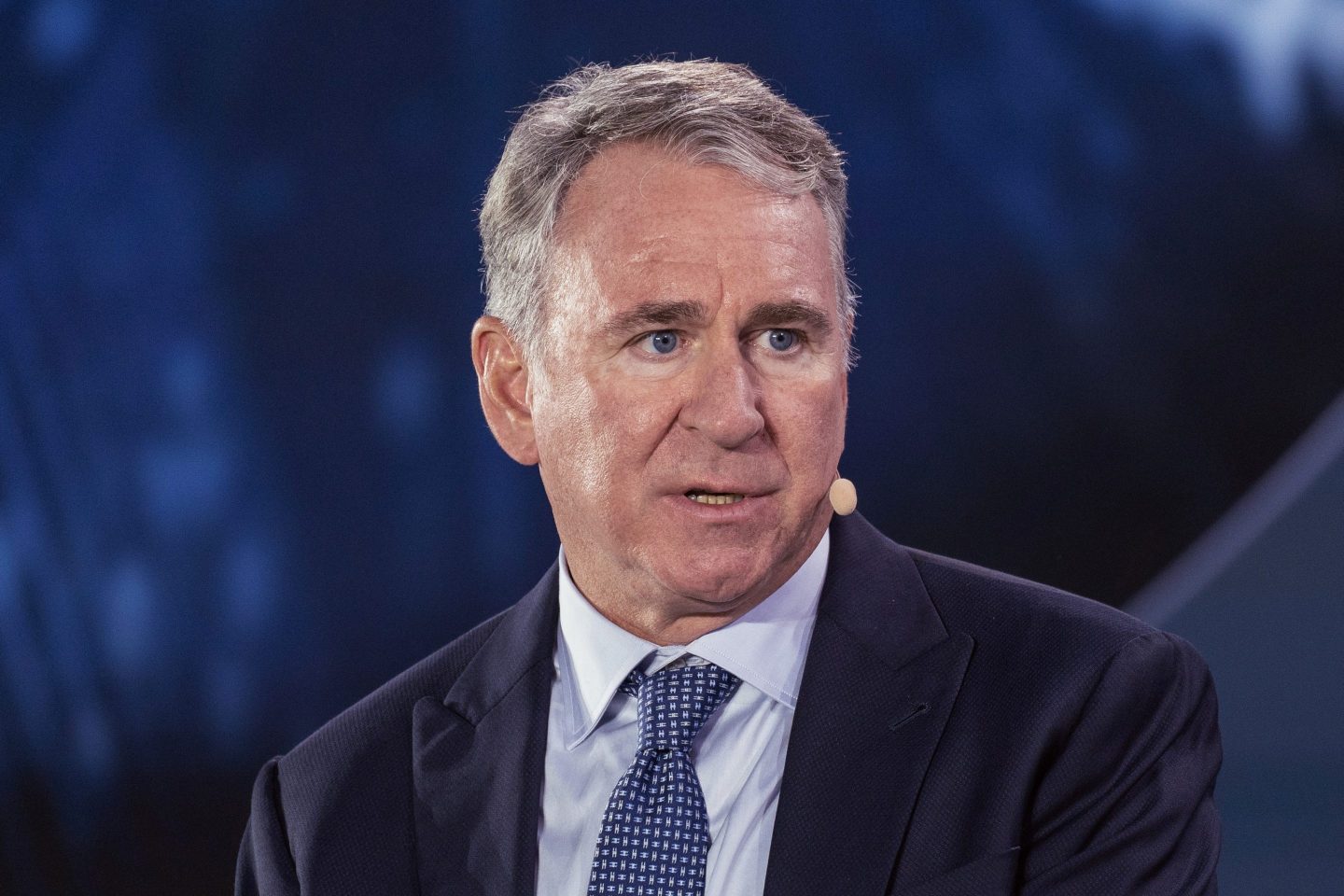 Citadel CEO Ken Griffin at the Bloomberg New Economy Forum on Tuesday in Singapore, where he addressed Taiwan and U.S-China tensions over semiconductors.
Bryan van der Beek—Bloomberg via Getty Images

America is “utterly and totally dependent on the Taiwanese for modern semiconductors,” the billionaire hedge fund chief said at this week’s Bloomberg New Economy Forum in Singapore. “The United States has no ability to produce anywhere near the number of semiconductors it needs to run its economy.”

If China invades Taiwan and seizes its semiconductor industry, it would cause major problems in the U.S. economy, he said. China considers Taiwan its own, but the latter operates as an independent democracy and has never been controlled by Beijing.

“If we lose access to Taiwanese semiconductors, the hit to U.S. GDP is probably in the order of magnitude of 5% to 10%,” he said. “It’s an immediate Great Depression.”

The likelihood of that scenario is anyone’s guess, but Griffin believes that recent U.S. restrictions on selling advanced semiconductors and equipment to China amounts to America “playing with fire.”

“You can argue that by depriving the Chinese of access to semiconductors, we up the risk that they seize Taiwan,” he said.

Later that month, Chinese President Xi Jinping stressed the need for technology “self-reliance,” deploying the phrase at least twice in his address to the 20th party congress in Beijing. In his 2017 address, he didn’t mention it once.

China has prioritized the development of artificial intelligence, for which it needs advanced semiconductors. The Brookings Institute warned in 2020 that “Chinese advances in autonomy and AI-enabled weapons systems could impact the military balance” with the U.S.

The U.S., too, is seeking more self-reliance in regard to computer chips. President Joe Biden signed legislation this summer, dubbed the CHIPS and Science Act, to boost the U.S. semiconductor industry. Intel plans to spend $20 billion on a massive new chipmaking hub in Ohio.

This month, ahead of Biden and Xi meeting on the sidelines of the G20 summit in Indonesia, Commerce Secretary Gina Raimondo addressed the importance of advanced semiconductor technology, citing national security concerns.

With the U.S. and China engaged in a computer chips Cold War, Taiwan’s importance has come to the fore.

Secretary of State Antony Blinken recently warned that China, with Xi recently securing a third term, may try to step up its timeline to seize Taiwan, saying Beijing had made “a fundamental decision that the status quo was no longer acceptable.”