Xi sticks to his script in address to congress: Economic development, ‘common prosperity,’ and self-reliance in technology 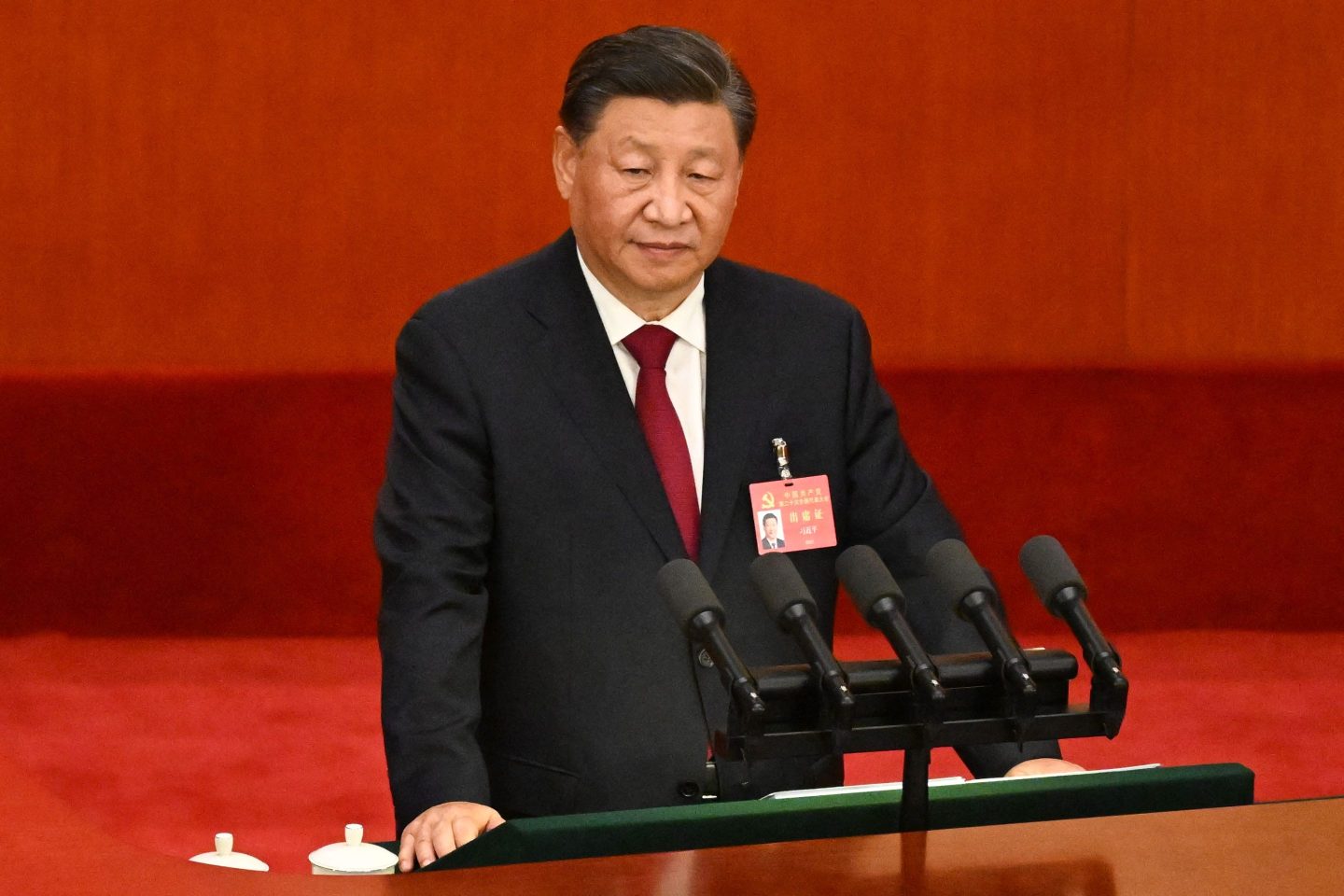 Chinese President Xi Jinping reiterated that economic development is the Communist Party’s “top priority,” a signal that Beijing will continue to emphasize growth despite some analysts expecting a shift toward greater focus on national security.

At the opening of the 20th party congress in Beijing, in which Xi is likely to secure a third term in power, he echoed development-first phrasing used in congress addresses by every party leader since Jiang Zemin in 2002. “Development is the party’s top priority in governance,” he said.

Xi has increasingly been highlighting the need to balance security concerns with economic growth since 2020, prompting some analysts to suggest Xi would drop the development-first slogan. That would have been a major departure signaling Beijing would be willing to push other policy goals at the expense of economic growth.

By sticking to the party’s stance and reasserting a goal for per-capita GDP to reach the level of a moderately developed country by 2035, Xi allayed concerns about policy shifting away from growth. At the same time, the president warned of the security risks China faces when pursing its ambitions, and twice mentioned in his speech the need to “balance development with security.”

“I was encouraged that Xi Jinping still emphasized development as China’s top priority, though national security also played a more prominent part than five years ago, which is of course understandable in light of international developments,” said Bert Hofman of the East Asian Institute at National University of Singapore.

Xi hinted at those geopolitical tensions, saying the party should prepare for “major tests of strong winds and high waves.”

“It’s reassuring that the leaders say that growth still comes first and foremost in the current stage of development, especially as we are faced with economic difficulties from virus curbs and as we are in for challenges from the US over the long term,” said Wu Xianfeng, fund manager at Shenzhen Longteng Assets Management Co. “If we were to go back on our target for development it would be very damaging for confidence.”

The president repeated the party’s key economic policies, including “dual circulation” — driving growth through domestic demand, a nod to concerns about decoupling from the West. The “resilience and security” of supply chains should be improved, he added.

Xi also emphasized the need for “self-reliance” in technology, using the phrase at least twice in his speech on Sunday compared with no references in his last congress address in 2017. The comments take on added importance as the US intensifies restrictions to curb China’s tech ambitions. Newly added sections in the report on science and education underscored the desire to insulate China’s economy from US sanctions.

Also prominent in Xi’s speech was the “common prosperity” slogan, referring to a campaign to limit income and wealth inequality that has been closely linked with China’s tighter regulation of large tech companies.

He called to “regulate income distribution, and regulate the mechanism behind the accumulation of wealth” — stronger language than he used in his 2017 speech, when he urged only to “promote a more orderly and reasonable income distribution” and “adjust excessively high incomes.”

Economic development should be focused on building China into a manufacturing powerhouse in hi-tech sectors, he added. China will rely on technology, talent and innovation as its main growth drivers, he said, adding that the party should “exert effort” to increase total factor productivity, a measure of the contribution of innovation and ideas to the economy.

Xi praised China’s Belt and Road Initiative, calling for the “high quality” development of the global infrastructure building project. Analysts have been questioning Beijing’s commitment to the initiative due to a slump in overseas lending by Chinese banks.

He also said he wanted to harness China’s “huge” domestic market to attract overseas investment, and that regulations banning foreign investment from certain sectors could be “reasonably” eased going forward.

On the property market crisis engulfing the economy, Xi’s slogan that “housing is for living, not for speculation” appeared in the official written version of his address, suggesting strict regulation of the sector that has dragged on growth will continue. He also reiterated comments from five years ago that China needs to develop a housing market that ensures supply from multiple sources, and which provides support to encourage both rentals and purchases.

“The speech is mostly an extension of Xi’s previous thought on the economy, and there aren’t much new ideas,” said Ding Shuang, chief economist for Greater China and North Asia at Standard Charted Plc.