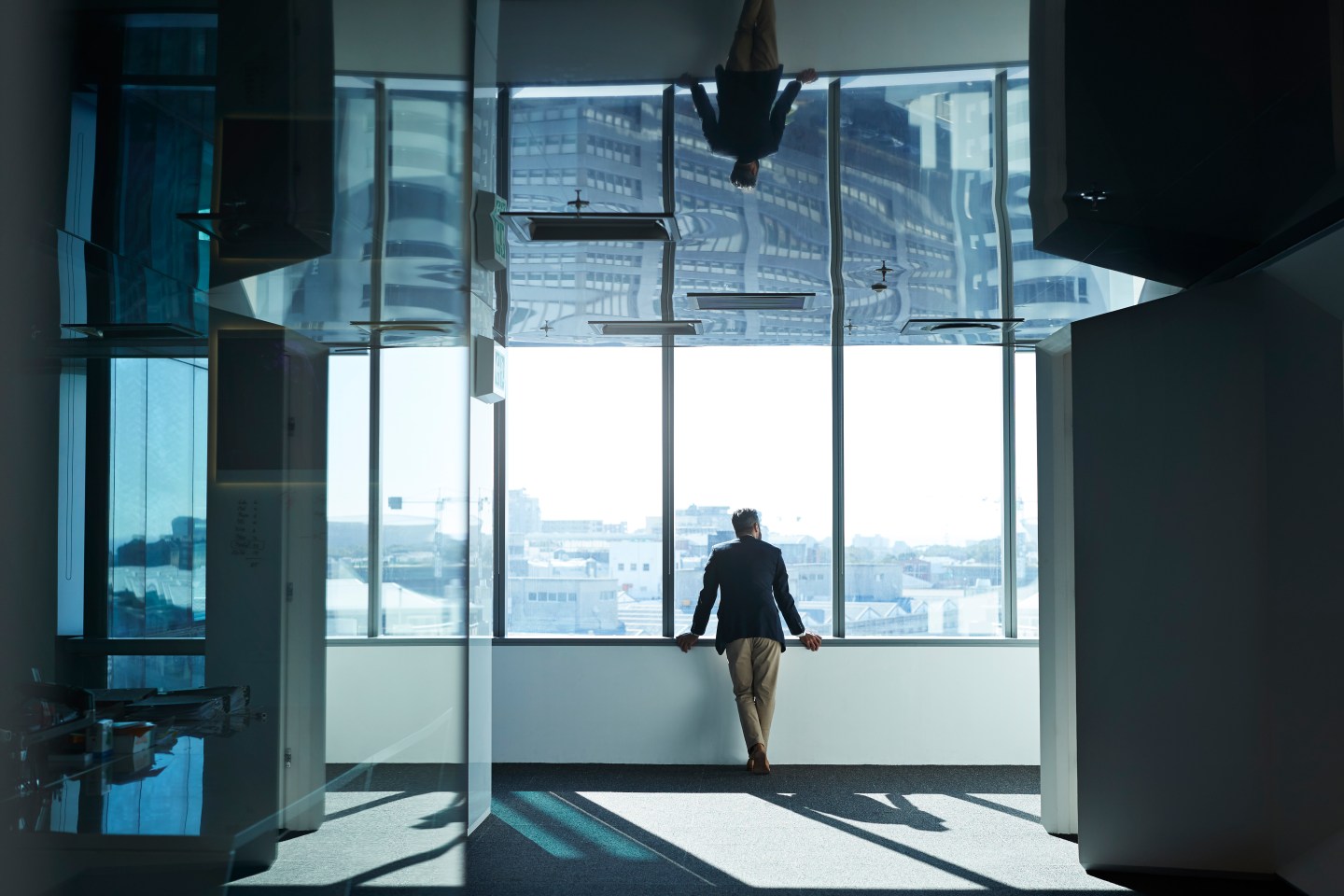 Before the pandemic relegated us to our homes for the better part of two years; before Zoom meetings and “nice to virtually meet you” became perfunctory parts of everyday corporate life; before the hemming and hawing over return to office, the idea of working remotely, for most people, was a fantasy.

What a difference a once-in-a-generation global event makes.

Remote work has become a reality for millions, and companies have been forced to consider new roles in attempts to figure out how to manage the new world order. Introducing: the chief remote officer.

If your eyes rolled upon hearing what could fairly by described as the latest silly c-suite titling, you’re not completely wrong. Dan Kaplan, senior client partner at global consulting and headhunting firm Korn Ferry, says it’s a short-term trend popping up mostly in tech, where the likelihood for remote work was strong even before the pandemic.

While the job title—brand new as far as Kaplan can tell—leaves a lot to be skeptical about, the description includes programs and responsibilities that are arguably worth implementing for any company that suddenly finds its workforce is hybrid or fully remote. This person is in charge of redefining and developing the company culture, making employees feel like they are more than just a number on the balance sheet, and shoring up operations to help hybrid and remote workers be productive and engaged.

When so many white collar jobs went remote during the pandemic, there were a lot of things that fell by the wayside, Kaplan says (even though productivity broadly rose), such as mentorship and ensuring new hires feel integrated when they start. Companies need rethink everything from employee onboarding to basic administrative tasks when everyone is working from home.

During the pandemic, more than one-third of private-sector employers expanded their remote work options, and roughly 60% of those expect to keep the policies in place, according to the U.S. Bureau of Labor Statistics. It’s a boon for remote work that’s brought on changes in the workforce not seen since post-WWII America.

“There’s just a ton that needs to be done, and it’s easy to forget about your people,” Kaplan says.

The data suggests that remote and hybrid workers—despite wanting to hold on to the flexibility—do increasingly feel lonely and disconnected from their companies. More than 30% reported feeling lonely, according to a September report from Airspeed and research firm Workplace Intelligence.

The loss of culture that everyone is talking about, isn’t an easy fix. Companies need to think in innovative ways if they’re going to solve the problem and not simply try to recapture the before times. Some argue the chief remote officer could be the first step.

The role hasn’t quite caught on in large numbers though, Kaplan says. There are a few reasons for that. The chief remote officer is a role that operates within the scope of a human resource department—and probably will as it evolves. But, Kaplan noted, “This isn’t something that HR departments can do as business as usual.”

It’s not meant to simply be an ideas role. Most traditional HR department could likely come up with five to 10 ideas to better serve remote and hybrid workers, but to execute, iterate, and adapt is something Kaplan says is much harder.

That brings us to the second reason that adaption of chief remote officer is slow: There are no true experts in the field yet. The scale of remote and hybrid work has broadly caught the corporate world off guard. Companies adapted to lockdown and the pandemic surprisingly well, but what comes next is harder to recognize and contend with. According to Kaplan, while some organizations that were already operating in a hybrid work environment had such roles in their ranks, for the most part there’s not yet a defined skill set required for a chief remote officer. It’s harder for recruiters to go out and compile a list of top candidates for such a role.

There are at least a handful of companies in Silicon Valley that were early to the game and have a head start on figuring out what best serves the role, and vice versa. The likes of GitLab, an open-source DevOps platform; air cargo booking app, Cargo.one; identity authentication software company, Okta; and Doist, the maker of the productivity app Todoist, all have a chief remote officer on their payrolls.

Probably the most unsurprising reason is that companies are still holding on to vestiges of the past, predicting that an unstable economic landscape in 2023 will render the chief remote officer, and the handwringing over the future of work, irrelevant.

“There’s a pretty broadly held view that we’ve done the hybrid thing, and it’s worked, but that we’re heading into a recession, and people are going to be forced to come back to the office because they’ll have no other choice,” Kaplan says.

“There are probably companies that would create this kind of role but think things will just go back. Here’s the thing, people aren’t going back. Companies do need to think about this being a part of their business going forward.”