Bosses, stop trying to make ‘return to office because that’s where the culture is’ happen 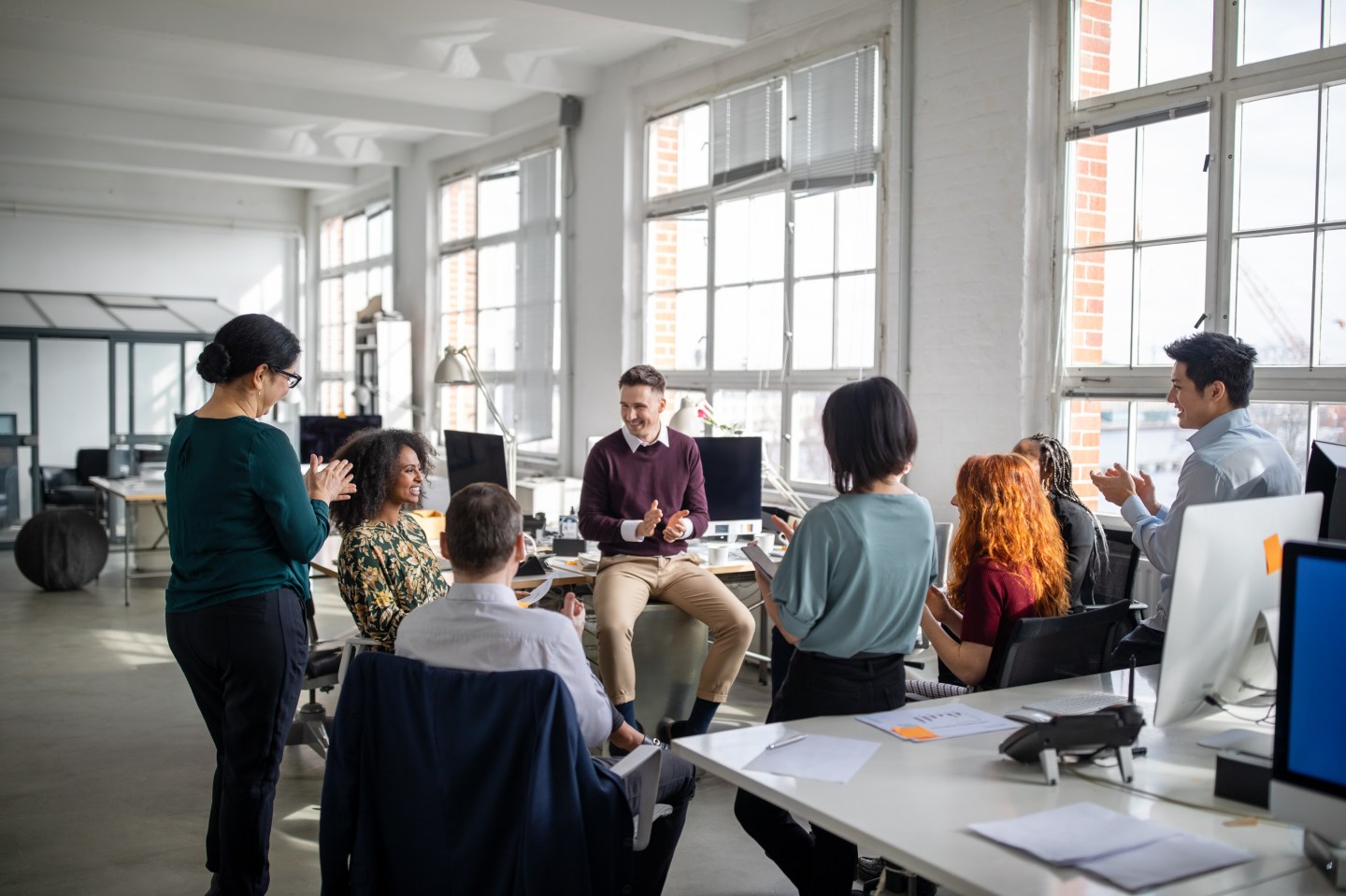 “Return to the office,” they say. “Our company culture depends on it.”

I’m pretty sure it’s all a lie.

The likelihood of us ever returning to full-time, in-office work as it was pre-pandemic feels increasingly slim. And even if by some (other) divine act we do, the culture that’s so oft heralded, was never really there to begin with.

For years, long before COVID had us hole up at home, the tech startup influence on the workplace made us believe the epitome of so-called office culture was a ping-pong table, beer on tap, free catered lunches, and the not-your-dad’s-office-party office party. The argument was you’ll enjoy work if the office is dope; the place was meant to be the culture.

But the sheen has long since worn off. In fact if you paid attention, the luster was fading even before the pandemic. Yet companies—even those that never had beer on tap—continue to push employees to return to the office under the premise that this is the only way to have a strong office culture. The employees know better.

“There’s a common belief that when employees are physically together, they develop important social bonds that simply can’t be replaced by email, Zoom, and Slack,” Gallup consultants Nikki Morin and Heather Barrett wrote in a blog posted last month.

“The reality is that the office never equaled culture,” they continued. “Gallup data show that, despite significant lip service and investment in ‘company culture’ over the years, there’s very little to show for it.”

It’s always been about intangibles, says Sarah Lewis-Kulin, vice president of global recognition at the Great Place to Work Institute.

Many execs still want to believe, while trying to convince us to drink the Kool-Aid too, that the old way of doing things is the only way. They seem at a loss as to why workers wouldn’t jump at the chance to resume their commutes to spend 8-plus hours in an office that might not even be rocking foosball and cold brew anymore.

Companies need to focus on people’s needs in the workplace, Lewis-Kulin says. They need to create working environments where everyone has wellness, financial health, and equitable opportunities. And they need to give employees a sense of purpose.

“You can do all those things without the office,” Lewis-Kulin says. Those are the work aspects she says employees say they care most about during Great Place to Work’s surveys.

When in-person is important

That’s not to say that some in-person element isn’t an important piece of the equation: Workers feeling disconnected and lonely should be a big concern for execs. But dare I suggest companies might need to figure out new ways of creating a company culture where the office isn’t everything.

“Only two in 10 U.S. workers feel connected to their organization’s culture” Morin and Barrett wrote in their post. “While in-person interactions are powerful, they alone were never enough to create the magic of connectedness.”

A friend from my first job in journalism after college recently messaged me to say she held the environment we thrived in during that time as likely the ultimate workplace culture—the crème de la crème (we’ve both been in a number of newsrooms since). All of the colleague camaraderie—the happy hours, book clubs, karaoke nights, Sunday brunches—happened outside of the office. When we were in the office, we mostly worked.

The future of work… culture

Even still, managers and execs can’t bear 100% of the blame for desperately clinging to the office culture of yesteryear—even if it never really existed to begin with. They deserve maybe 99% of the blame. But the uncertainty of the future of work is daunting.

How and where the majority of white-collar workers will work has changed. While most of us are just waiting for the dust to settle, companies are still struggling to get their bearings. Eventually, we’ll stop the hand-wringing and adjust to the new world order.

“It’s easier to be a manager in-person and it’s easier to return to what you know,” Lewis-Kulin says. “But there wasn’t some beautiful heyday three years ago where everyone felt included and connected to a culture.”

Coming up with new ways to build and foster company culture that doesn’t rely on an office requires a new skill set for leaders, she says. It’s imperative companies figure it out, not just for the happiness and well-being of their employees—which, say it with me, helps productivity and the quality of work—but also for the future of work.

“You really need your people to be innovative and agile and productive, and you really can’t mandate that,” Lewis-Kulin says. “The best companies are shifting from talking about place to focusing on people… No one’s going to be talking about hybrid in five years, we’ll just be talking about work.”