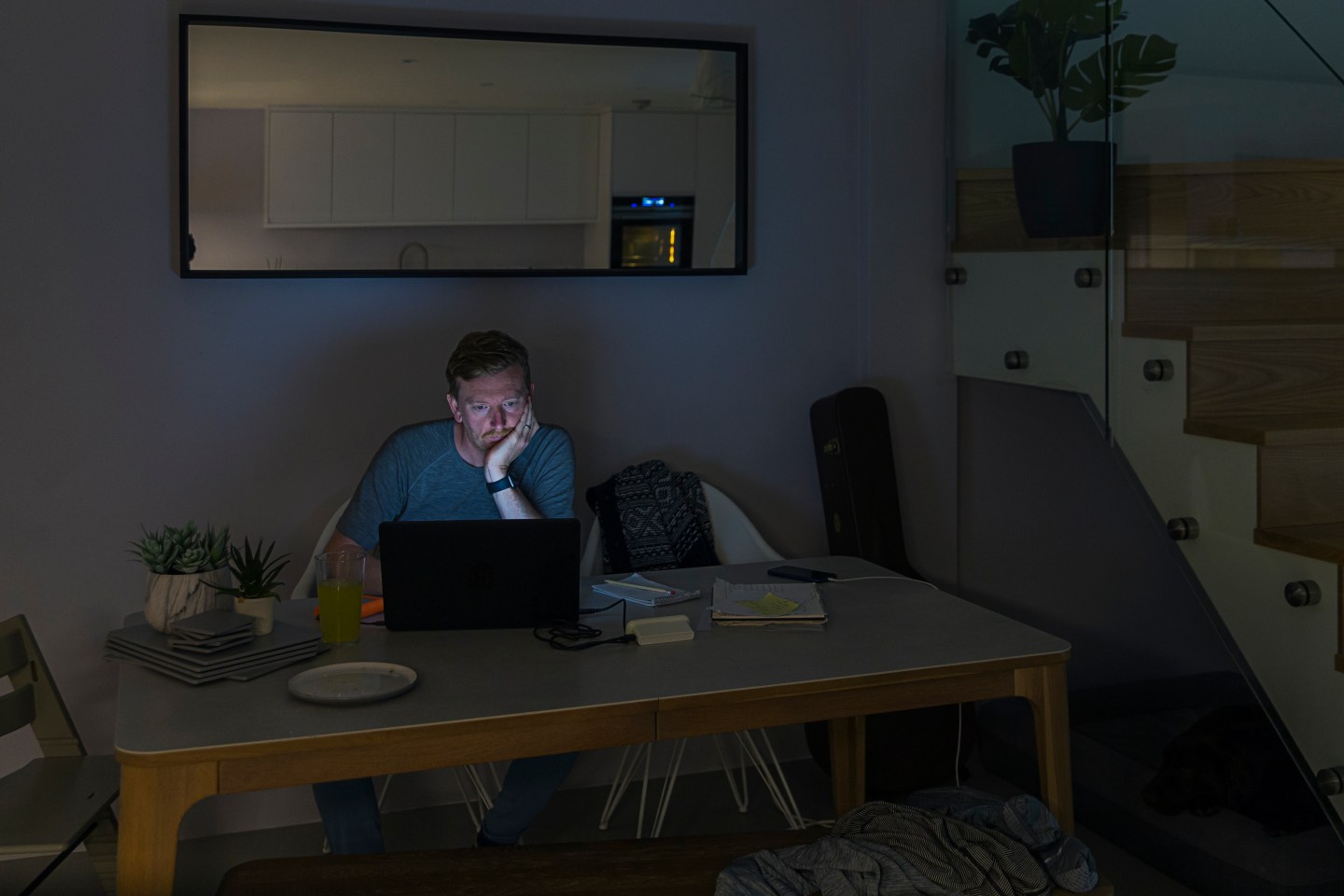 Thought leaders and CEOs have had plenty to say on the subject of remote work. They’ve gone on and on about its damage to the bottom line to the obstacles it places on young people getting ahead in the workplace. You’d think they would have run out of feelings on the topic by now.

Wrong. But the latest take has some interesting weight behind it. Remote work will fuel a new crisis: loneliness.

“There’s a future where you never leave your home and after COVID is over, the most dangerous thing will be loneliness,” said Airbnb cofounder and CEO Brian Chesky at a Lesbians Who Tech conference, according to a tweet from communications specialist Brooke Hammerling.

Settling into a new role, especially in a new city, in this new era of hybrid work has been a little weird. I have two choices. I can go into the office and hope the vibes are right and my colleagues had the same idea. Or I can work from home with no one to talk to but my cat. And some days, work is lonely—even when I do make it to the office.

The funny thing is though, I actually get to work with one of my best friends.

Unfortunately, we don’t get to work together in-person as much as I might like. I’m lucky if I see her once a week in the office, at the least, when we both schlep in for our weekly team meeting. On the days in between, our communication is limited to Slack and text, subtweets and DMs, which is a great way to share memes but doesn’t quite garner the same level of satisfaction as bouncing ideas off one another or walking over to bug her in person.

I can’t speak for my friend, but I’m keen to disagree with Chesky that people will never leave home in the future—depending on how far into the future we’re talking about. But the feeling of loneliness that’s settled in amid the pandemic haze and rise of remote work can’t be denied.

Even before the pandemic, isolation and loneliness were becoming major public health concerns, according to the American Psychological Association. There’s evidence to support that concern has only increased, like many ills, over the past two-plus years.

“The pandemic does appear to have increased loneliness,” writes Mareike Ernst, Ph.D., of Johannes Gutenberg-University Mainz in Germany, who coauthored an APA study on pandemic loneliness. “As loneliness constitutes a risk for premature mortality and mental and physical health, it should be closely monitored. Loneliness should be made a priority in large-scale research projects aimed at investigating the health outcomes of the pandemic.”

When the lens is turned to the workplace, that increased loneliness can have a major impact on worker overall happiness and well-being.

Full-time remote work was found to increase loneliness by 67 percentage points when compared to in-office work, according to a study of remote journalists conducted by organizational psychologist Lynn Holdsworth before the pandemic.

The study, which was published in 2003, highlights all of the benefits we’re now recognizing in real time: better work-life balance, flexibility, less time spent commuting, increased productivity, increased skill base for organizations, and so on.

But the negative impacts have been just as well documented. There’s a blurring of boundaries, a lack of support, and of course the social isolation, to name a few.

Throughout the pandemic, loneliness has proven to be one of the biggest struggles facing remote workers that hinders their ability to do their jobs, real estate firm JLL writes in a blog post.

Flore Pradère, JLL’s research director for global work dynamics, is quoted in the post saying that working from home for long periods of time has led to employees feeling disconnected, negatively impacting their social health.

I’m not sure if Chesky is actually arguing for a return to office—he’s supported remote work and made Airbnb offices permanently remote—but it seems to me (and my cat) that this is as good an argument as any to come into the office tomorrow. Hopefully, my best friend will join me.