Everyone’s over remote work except for the workers themselves 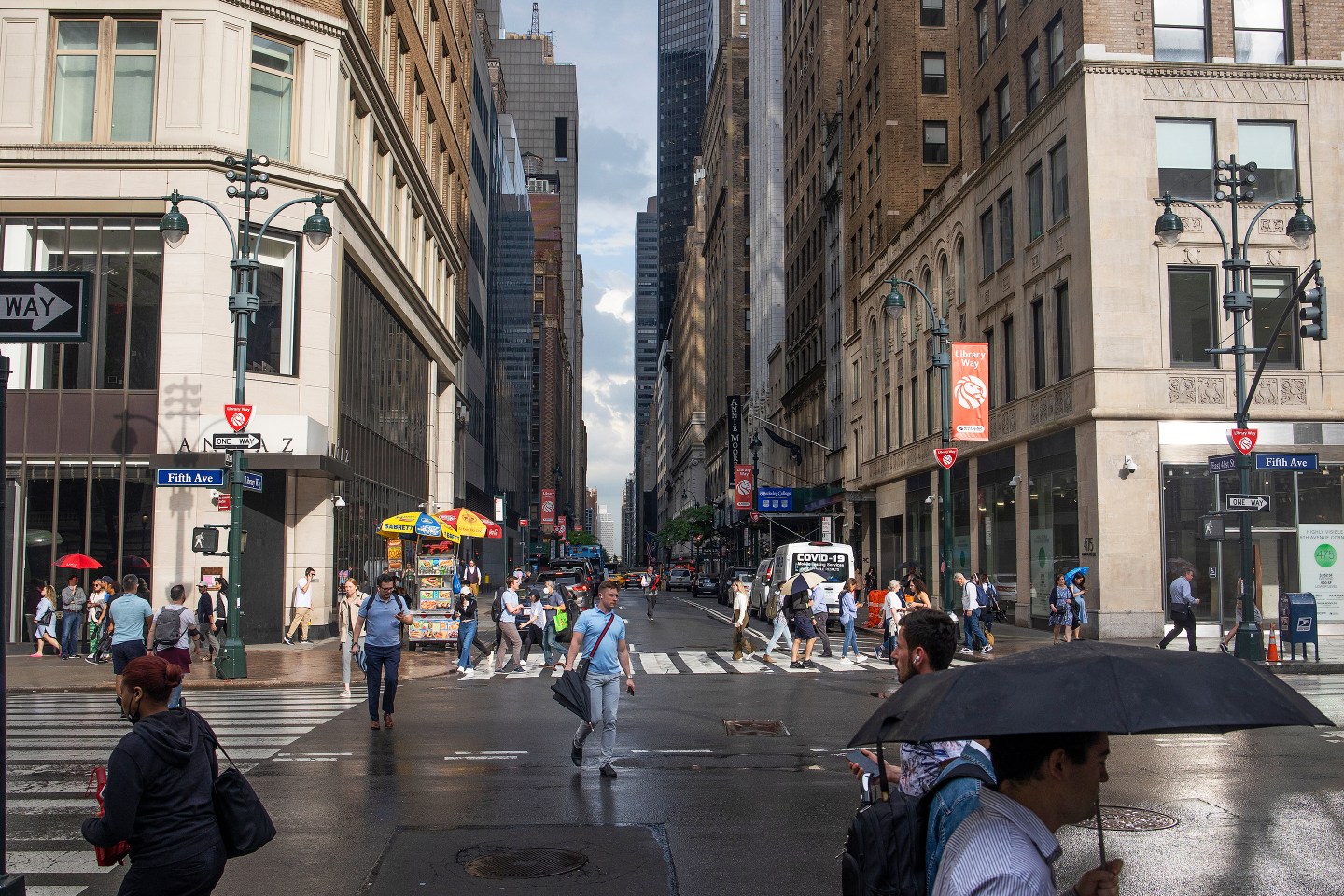 The economy has a case of remote work. That’s the story corporate America told in second-quarter earnings calls.

To some CEOs, any ills their companies face inevitably come down to the fact of people logging on from home. As a result, if their business hinges on a steady hum of commuters, they’ve struggled to adapt to the reality of prolonged telework.

To paraphrase William F. Buckley Jr., the mid-century media mogul behind the conservative National Review, many CEOs are standing athwart the remote work era, yelling for it to stop. Especially the ones whose business relies on foot traffic in core urban centers.

Bloomberg calls this the “Pret Index,” which tracks transactions at café chain Pret a Manger. Known for its omnipresence in the lunch scene of New York’s and London’s financial districts, but also with a sizable suburban presence, Pret is an ideal vehicle for measuring remote work’s reshaping of daily commuting habits—and the huge impact on business as a result.

As of July 14, transactions at Pret locations in business districts were 20% below their pre-pandemic rates; suburban locations were up 120%. Stanford economist and WFH Research founder Nick Bloom summed it up: “WFH office workers are lunching from home in the suburbs, cutting city center spending and boosting suburban spending.”

Randy Garutti, CEO of Pret rival Shake Shack, told analysts on Thursday that in Midtown Manhattan, “40% of our lunch guests just aren’t here yet…whether it’s subway mobility, tourism, and other things that just haven’t returned to where they were.”

While acknowledging that store traffic trends in Midtown—like the future of the workplace itself—are impossible to pin down, Garutti says he’s a “believer in the urban ecosystem.”

“We’re believers in those high-volume shacks that have led the company for so long, that continue to be deeply impacted,” he added. “The upside is going to be more returns to the office—we’ll see where that goes after this summer.”

It’s not just the fast-casual space, as Bloomberg reports. Net sales decreased 5% during the fourth quarter at early-pandemic beneficiary Clorox’s health and wellness division, which it said is due to several factors, including normalizing demand for cleaning products as well as low office occupancy rates and a tight labor market for cleaning professionals.

The message is clear: Remote work hurts the bottom line because too many businesses are still set up for a 2019 world.

CEOs want to turn back the clock. Workers aren’t on board

As with previous attempts, comments like those from Shake Shack and Clorox are unlikely to sway happy remote workers. The number of employees interested in working fully in-person has reached an all-time low, per Slack’s latest Future Forum Pulse survey. Of over 10,000 global knowledge workers polled, only about one in five was willing to head back in.

“It is actually an epidemic in our industry,” he fumed. “This all happened because people learned to get easy money from working out of their homes, and fewer people now want to come and do the jobs that they were doing.”

New York City Mayor Eric Adams has been a notable voice of opposition to remote work among local politicians, repeatedly saying that remote work is draining the city’s economy.

“It’s time to get back to work,” Adams said in February. “You can’t stay home in your pajamas all day—that’s not who we are as a city. You need to be out, cross-pollinating ideas, interacting with humans.”

Even the president has weighed in; during his State of the Union address in March, Joe Biden said that “it’s time for Americans to get back to work and fill our great downtowns again.” For Garutti, that ideally means getting in line at Shake Shack.

Despite the enormous tailwinds coworking spaces like WeWork have enjoyed this year, the recession just might bring offices back into the mainstream.

“The employees will recognize as we go into a recession, or as things get a little tighter, that you have to do what it takes to keep your job and to earn a living,” he told Bloomberg in June, suggesting that some workers think in-person communication with their bosses may save them from a layoff.

On the other hand, a recession may only lead remote workers to dig in their heels. “There’s no question that a focus on profits over personal preferences will benefit remote work,” Gleb Tsipursky recently wrote for Fortune. “Rather than trusting their gut, [executives] will need to rely on the hard data of what makes the most financial sense for companies.”

When it comes to productivity, as study after study proves, flexible work wins every time.