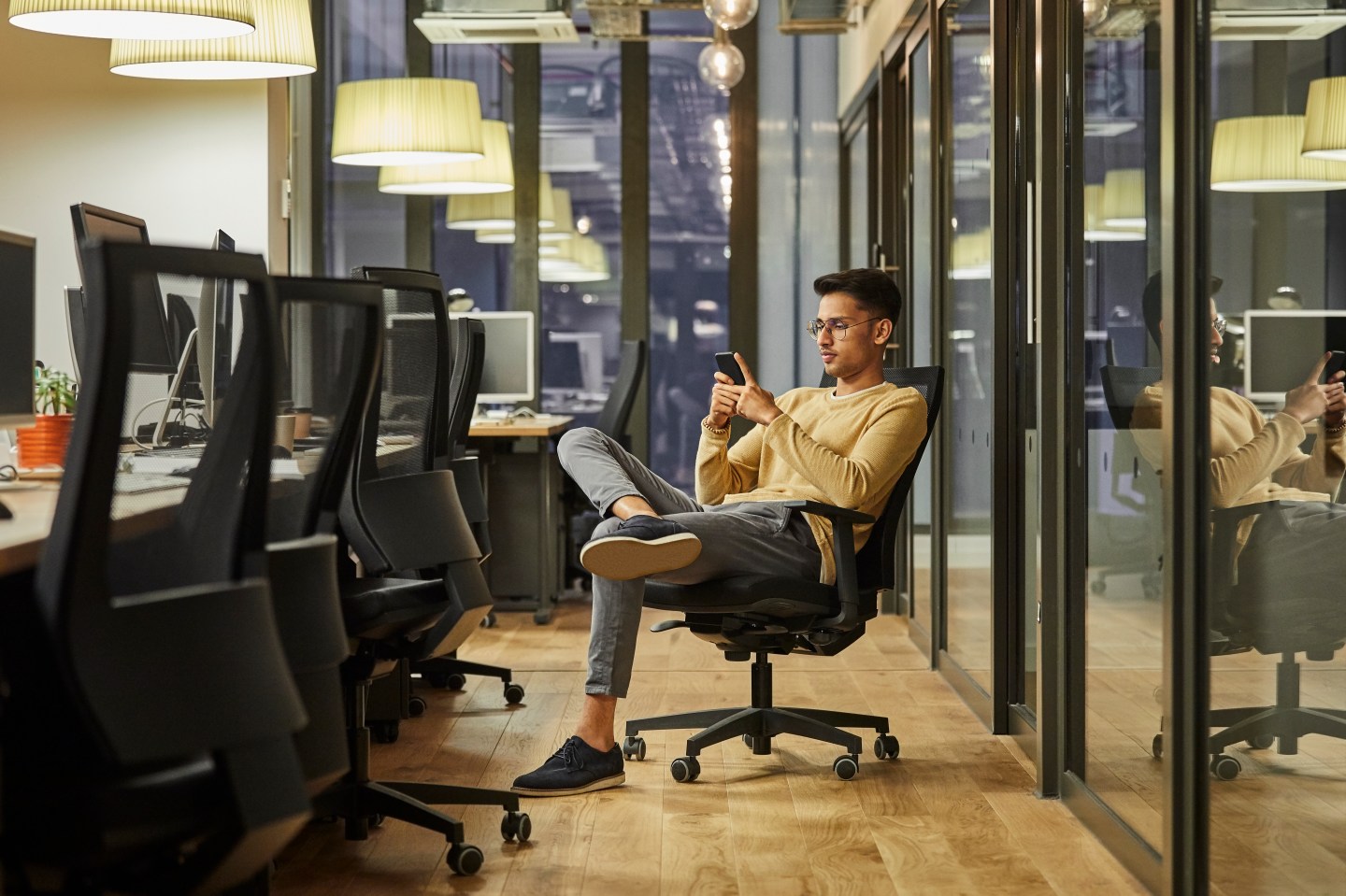 More than 70% of millennials and Gen Z workers say they’re ready to jump ship due to a lack of support from their companies when it comes to building skills.
Morsa Images—Getty Images

The future of work is still very much in the balance post-pandemic, but what seems clear is that workers aren’t prepared for what’s to come.

A new study, conducted in partnership with Amazon and research firm Workplace Intelligence, found that 70% of workers felt unprepared for the future of work. That kind of anxious uncertainty could lead to a mass exodus of workers who never felt up to the task of their work and never developed the skills they say they need.

Nearly 80% of respondents in the study, which surveyed 3,000 U.S. employees from a variety of industries, said they are concerned they lack the skills necessary to advance their careers. Roughly two out of three of those surveyed said they were at least somewhat likely to leave their employer within the next year because there aren’t enough opportunities for skill development or career advancement.

“Employees feel empowered to seek out an employer that truly supports their long-term career goals and ambitions,” Dan Schawbel, managing partner at Workplace Intelligence, says in a statement. “Companies who recognize this and provide a high level of support—from more time for skills development during the workday to better learning benefits and programs—are going to stay one step ahead in the ongoing war for talent.”

Millennials and Gen Z workers are even more frustrated: 74% said they were ready to jump ship because of a lack of support from their companies when it comes to building skills and providing career mobility options.

Of all the haranguing around return to office demands from leaders and the benefits—or lack thereof—in-person work has, it’s true that young workers generally rely more on the collaboration, coaching, and development that comes from being in the office.

Gen Z broadly is entering the workforce for the first time. Most are just now discovering what it means to work in offices, be part of a workplace, and to even seek mentorship. They also don’t seem to be oblivious to their station either.

Workers ages 20 to 29 are the least likely to prefer working fully remote, at 24%, according to data from Stanford professor Nick Bloom and WFH Research. Those ages 30 to 39 follow close behind, with 29% preferring fully remote work.

Much has been made about the learning loss endured by students during the pandemic. But workers, especially younger ones, have also suffered a loss in skills that concerns them—and that should also concern employers.